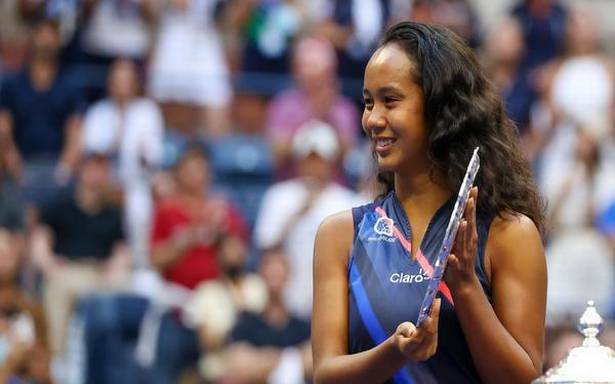 Leylah Fernandez may have come up short in the U.S. Open final on Saturday, but the Canadian teen won over the New York crowd after the match when she paid homage to the city's resilience on the 20th anniversary of the September 11 attacks.

The 19-year-old Fernandez, speaking on court moments after her fairytale run came to an end, appeared to be done with her post-match interview until she asked for the microphone back so she could address the crowd inside Arthur Ashe Stadium in Queens.

“I know on this day it was especially hard for New York and everyone around the United States,” said Fernandez, who fell 6-4 6-3 to British teenager Emma Raducanu.

“I just want to say that I hope I can be as strong and as resilient as New York has been the past 20 years,” she said.

The touching speech from an emotional Fernandez drew loud applause from the crowd and plenty of praise across social media, including from former world No. 1 Andy Roddick.

“Leylah asking for the mic back to acknowledge 9/11 was one of the classiest, most empathetic, and mature things I’ve ever seen in a post game moment ……… and she’s only 19. I’m blown away,” Roddick wrote on Twitter.