Ferdinand Mount: ‘You couldn’t not be frightened of Margaret Thatcher!’ 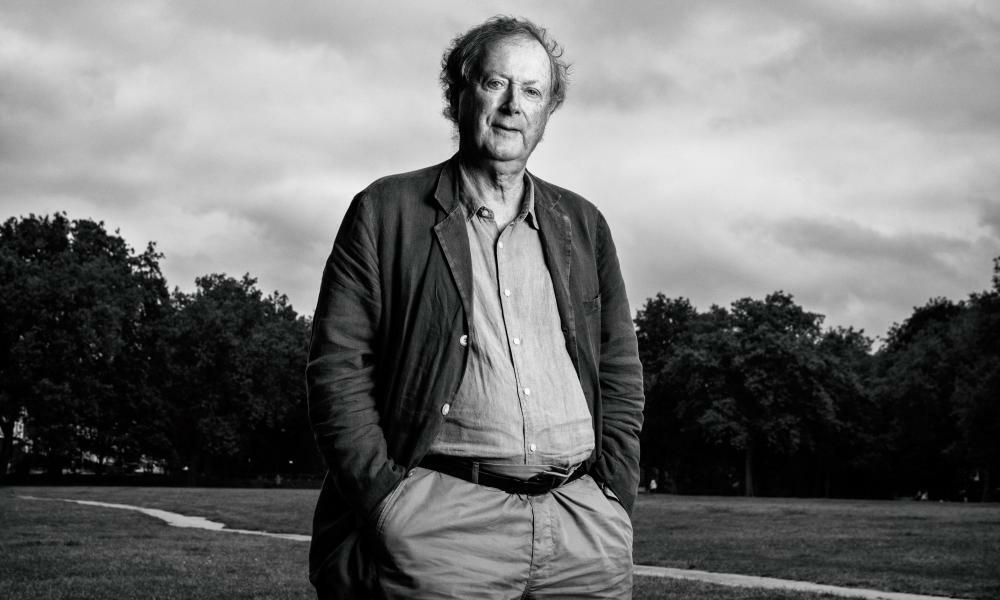 As Ferdinand Mount’s publisher happily notes, his latest novel, Making Nice, is what you might get if you crossed a little light Evelyn Waugh with Armando Iannucci’s TV satire The Thick of It. But in truth, the book is far more clever and modish even than that suggests, and not only because it opens with a scene in which one of its characters goes champing (camping in a church, in case you’re not up to speed). There can’t be a person alive who would be able to read it without thinking of Dominic Cummings, the man whose antic spirit infuses its narrative like angostura bitters in a gin and tonic.

The book relates the adventures of Dickie Pentecost, the diplomatic editor of a newspaper that sounds not unlike the FT. Having been made redundant (“we are reshaping our editorial capacity… who needs diplomatic briefings on Chatham House terms when the foreign secretary himself is tweeting like a bloody blue tit?”), Dickie joins a dodgy PR firm called Making Nice, founded by a charismatic but possibly insane younger man called Ethel (short for Ethelbert).

There follows a series of mad escapades. After hitting the campaign trail in the US and Africa, the eternally baffled Dickie returns to London having achieved results that are at once ignominious and miraculous, the lesson here seemingly being that the purveyors of reputation management, data-gathering and other dark arts will never quite be seen to fail (even when they have) for the simple reason that those paying for their supposed skills are so utterly craven and clueless.

Across the room from me (for Covid-related reasons, he has bicycled to my house this morning), Mount emits one of his surprisingly high-pitched chuckles. He wrote the book during last year’s lockdown, drawing on his own experiences – long ago, he ran Mrs Thatcher’s policy unit – and on the news cycle, which with every day that passed grew more obliging in terms of his subject matter.

Obviously the old system didn’t get everything right. But now you feel that if they do get it right, it’s only by chance

“I’ve been mixing with these spads [special advisers] and wonks for 40 years,” he says, crunching on a biscuit, “and I’d noticed both the fact that they seem gradually to have become the story themselves, and their increasing eccentricity. Dom [Cummings, Boris Johnson’s former chief adviser] is only one of dozens I’ve known who’ve been decidedly unusual. But that’s partly what attracts them to the politicians, who are uneasily conscious of being a bit dull and out-of-touch, even if they wouldn’t ever admit it. These wizards are very attractive; their wizardry mesmerises workaday politicians.”

Public relations, as Mount points out, is hardly a new business. “You could say that Thomas Cromwell was Henry VIII’s [PR], and there have always been ghost writers, too, to puff men up, starting with the Emperor Augustus, probably.” Only now, many of those whose job it used to be to look beyond the smoke and mirrors are also embroiled in it: “A number of good journalists have gone into these mega PR firms to work as data-miners and that sort of thing. In the novel, Dickie occasionally meets people from his old world, and they’re all stranded in this new world, which crosses boundaries so efficiently. One of the things that startled a lot of people about the Cambridge Analytica scandal was the fact that the wizards are now working their magic at long range, in all sorts of different realms.”

Mount, now 82, ran the policy unit in the early 1980s, and thus played a major role in the creation of the Conservative party’s 1983 election manifesto. How different does he think No 10 is now? “It’s both more open, and more closed. Politicians are tweeting every five seconds, so we know what they’re thinking – or what they’d like you to think they’re thinking. But it’s also more closed. In my brief, inglorious years in Downing Street, there were about 30 people in the building, and some of them were concerned with things like appointing bishops. Now there are about 200.

“In the old days, cabinet was the big moment of the week, and then there would be a statement in the House of Commons. All that has disappeared. It was quite a symbolic moment when Boris Johnson set up that briefing room with ‘Downing Street’ in big letters on the lectern, and began addressing the nation every five minutes. That word ‘comms’ [communications], as in: ‘Have you got the comms right?’ The abbreviation wasn’t invented then. I think it’s more chaotic now. I’m not saying the old system got everything right. Obviously, it didn’t. But now you feel that if they do get it right, it’s only by chance.”

In Cold Cream, his acclaimed memoir of 2008, Mount describes with all of his usual wit, self-deprecation and astuteness how he came to arrive at the policy unit, Thatcher seemingly having forgotten that she’d once thought him an “idle and effete youth who was full of the consensus mush of the 1960s and who was indulging Keith Joseph [later a minister in her cabinet] in his fatal tendency to believe the last thing he was told”.

Having got his start, post-Eton and Oxford, in journalism, Mount – a baronet whose mother was a sister of the late Lord Longford, who went to prep school with Prince Michael of Kent, was at university with Auberon Waugh and David Dimbleby, and is a cousin of David Cameron (about whom he is too honourable to comment) – joined the Conservative research department as a junior recruit, from where he was plucked to be personal assistant to Selwyn Lloyd, the then Tory leader of the House.

I find it difficult to picture him next to Thatcher. A compassionate, sensitive writer, his essays for the London Review of Books reveal what I would regard as a pretty liberal mindset; he voted remain, and would do so again; it’s also impossible to find anyone, even on the left, with a bad word to say about him. Has he moved leftwards himself? “I probably have wobbled in various directions,” he says. “But I prefer to put it that they have moved to the right.”

Was he frightened of Thatcher? “You couldn’t not be frightened of her! But sometimes, she would annoy you into being a bit braver, and you’d say: ‘Well, I really wonder if that is true, prime minister.’” If he sounds a bit like Sir Humphrey in Yes, Minister, he is also able to see how things must sometimes have felt from her side. “The snobbery [Thatcher was, famously, the daughter of a grocer] was quite startling, stretching all the way from Christopher Soames [the Conservative cabinet minister] to Jonathan Miller [the theatre director]; the use of suburban as the ultimate insult, combined with sexism of a kind which even then seemed out of date.”

Making Nice will be published at the same time as the paperback of another book by Mount, Kiss Myself Goodbye. This extraordinary memoir, which is hard to describe without giving too much away, circles around a glamorous figure from his childhood, known to him as Aunt Munca (she called herself after Beatrix Potter’s mouse, though she was anything but mousey): a woman who, after a dogged investigation on his part, turns out not to have been what she seemed.

A small miracle of a book – part of it is set in Sheffield, where I’m from, and Mount catches the city better than any writer I know – it brought me, in the height of the first lockdown, to write him an embarrassing fan letter, something I’ve never done before. I could not get over the beauty and wisdom of his writing, nor the fact that while it tells the story of one woman’s incredibly complicated life (think Barbara Taylor Bradford on acid), it also has so much to say about Britain: its terraces and its factories, its golf courses and its rhododendron bushes, its wretched fixation with social class.

The paperback comes with a new postscript in which Mount offers yet more Munca revelations. “It’s a real lesson in knowing how little you know,” he says, softly. “It showed again that she had the last laugh.” Some of these new disclosures are very bleak, but it’s hard to hate his aunt, though she behaved outrageously badly at times. “Yes. I had a huge number of letters about the book, and they said two things. First, that when people came to think about it, there are quite a few disconnections in their own families – things that were skated over or not quite understood. But, like you, they also developed a kind of fellow feeling, even a sneaking admiration, for Munca.”

Has all this been destabilising for him? What does it mean to discover such inky holes in the family foundations? In Cold Cream, Mount notes the reticence with which he grew up, the refusal common to someone of his age and class to get too emotional – and now it kicks in: “Yes, er, um, and, er, um…” he says. It makes me smile, because I know, having read Kiss Myself Goodbye, how tender his heart is. His next book, he admits, will be about yet another of his relatives: “Shakespear of Arabia”, AKA Captain William Shakespear, a kind of forerunner of TE Lawrence, who was one of the first men to bring Britain and the oil sheikhs together.

But something tells me that Munca will be around for a while yet. She can’t be shaken off. I will always think of her, and I never even knew her.

• Making Nice by Ferdinand Mount is published by Bloomsbury (£16.99). To support the Guardian and Observer order your copy at guardianbookshop.com. Delivery charges may apply