The Biden administration is working to make COVID-19 vaccine booster shots available to immunocompromised people as quickly as possible, Anthony Fauci, the nation’s top infectious disease expert, said Thursday. The announcement comes a day after the World Health Organization said poorer nations should be prioritized for first shots until September.

Fauci, the director of the National Institutes of Allergy and Infectious Diseases, said during a press briefing that data clearly show that in general, immunocompromised people such as some cancer patients who get vaccinated do not produce an adequate immune response that would protect them against the virus.

“In this regard, it is extremely important for us to move to get those individuals their boosters,” Fauci said. “We are now working on that and will make that be implemented as quickly as possible because for us, and for the individuals involved, it is a very high priority.”

WHO Director Tedros Adhanom Ghebreyesus said Wednesday that at least 10 percent of the population of each country should get vaccinated before others administer booster shots. Most of the world’s COVID-19 vaccines have so far gone to middle-and high-income countries.

During the briefing, Fauci credited the Trump administration and former Health and Human Services Secretary Alex Azar by name for launching Operation Warp Speed, which helped enable COVID-19 vaccines to begin being manufactured within a year of the virus being identified after years of research into mRNA vaccines. He emphasized that vaccinations are the best tool for preventing new mutations of the virus.

The delta variant continues to surge in the United States, with the Centers for Disease Control and Prevention reporting 103,455 new cases of COVID-19 on Wednesday, a 43 percent increase from the prior seven-day average.

CDC Director Rochelle Walensky said previous data showing that 99 percent of people who have died from COVID-19 and that 95 percent of hospitalized patients are unvaccinated came from state analyses from January through June, before the new variant became the dominant strain of the virus in the U.S.

“We are actively working to update those in the context of the delta variant,” Walensky said. “I do want to reiterate, though, that based on the data we’re seeing, and we don’t have fully updated numbers, universally as we look at our hospitalizations and as we look at our deaths, they are overwhelmingly unvaccinated people.”

The agency is also studying whether the variant causes more severe disease than previous strains in both adults and children, she said.

“Exposures are much higher and the mitigation strategies that were used last summer and even in the winter have not been employed in many of these areas where we are having surges right now,” she said. “We’re working to understand the differences between exposures, and as well as the severity of disease and working to confirm those preliminary data that might suggest so.”

The administration on Thursday also announced additional efforts to vaccinate eligible school children in the lead-up to schools reopening this fall. The administration is launching a week of action on Saturday to urge vaccinations for young people.

“We’re doubling down to get more young people vaccinated as they return to school,” Secretary of Education Miguel Cardona said during a separate White House briefing.

Cardona said he was confident schools could open and safely stay open, despite the delta variant. He said the department would continue to monitor the spread of the virus in consultation with the CDC, but the agency is also monitoring state-level policies like laws prohibiting mask mandates. If those types of policies stop students from attending in-person school, that could be an issue for the department, he said.

“If we find that, because of poor policy, students are not accessing the right to public education, we will have conversations with those states and take that very seriously,” Cardona said.

Several sports and medical organizations are recommending health care providers discuss the vaccine during sports physicals this year and offer the shots when possible. The National Parent Teacher Association is also recommending that local PTAs invite local pediatricians to back-to-school nights with parents so they can answer questions about the vaccines.

Cardona said the administration expects all schools to be open for in-person learning this year.

“It’s all-hands-on-deck,” Cardona said. “We all want our students in classrooms where they learn best. The resources are there and the urgency is there.” 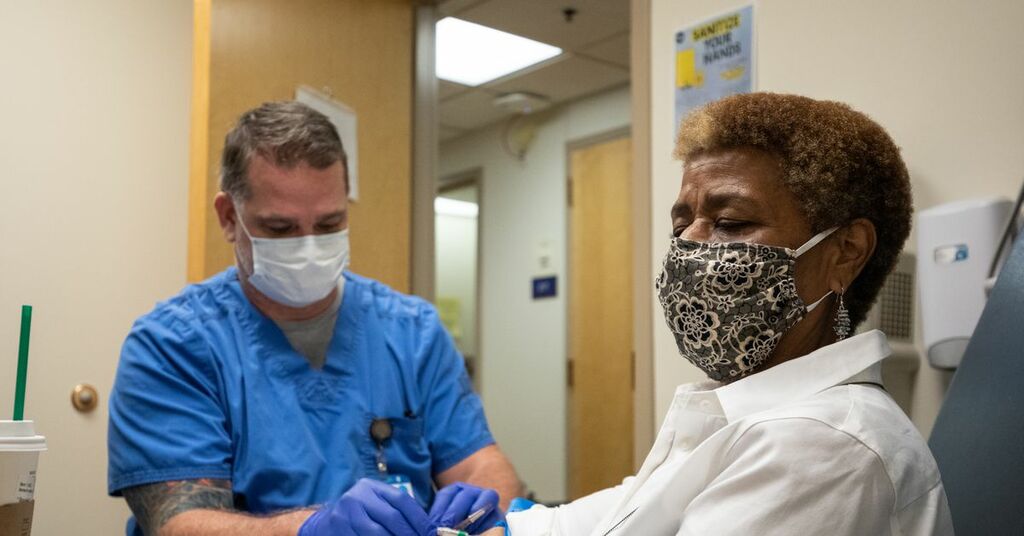 Experts say COVID-19 booster shots not needed — yet: What you need to know
While all three approved vaccines are still considered highly effective against Delta, local experts say it’s only a matter of…

‘You never can guarantee it’s going to be accurate, but I think this is what’s going to happen’