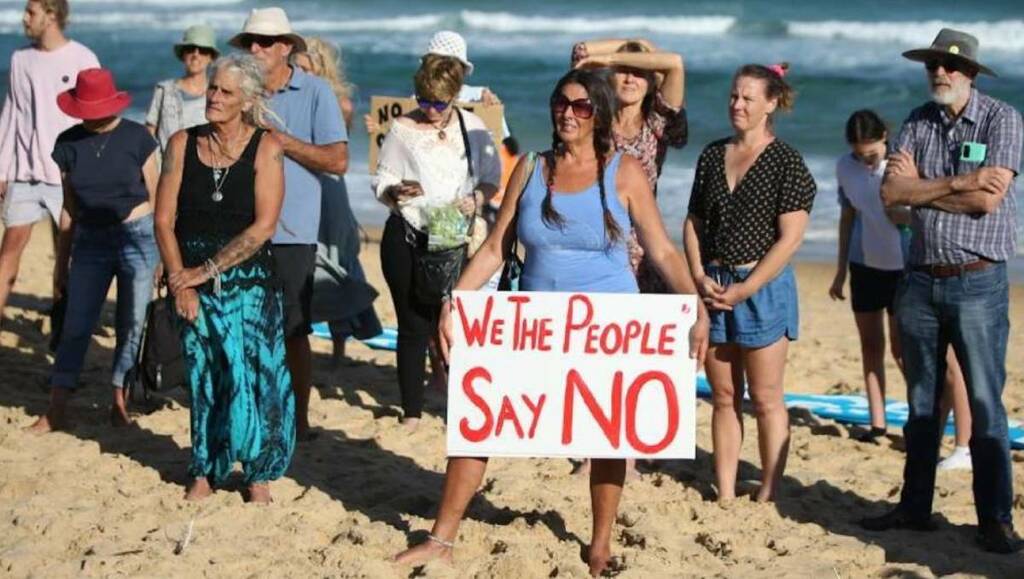 The Federal Government has indicated it plans to reject a controversial application to explore for gas off the coast between Port Stephens and Sydney.

It advised the NSW Government and the National Offshore Petroleum Titles Administrator on Wednesday of its intention to refuse the application to renew Petroleum Exploration Permit 11 (PEP-11).

Advent Energy's previous permit for the project expired in February.

It had sought to extend it for another two years arguing that its plans to explore and potentially drill for gas represented a "potential solution to substantial gas shortage issues".

But the project's fate was effectively sealed when Prime Minister Scott Morrison voiced his opposition to it during a visit to the Hunter in March.

Mr Morrison said on Wednesday that the government's action was designed to protect local communities and the environment.

"This project will not proceed on our watch," he said.

"Gas is an important part of Australia's current and future energy mix but this is not the right project for these communities and pristine beaches and waters.

"From Newcastle through to Wollongong my Government has listened to the concerns of local Liberal Members and candidates and their communities and we're putting our foot down."

PEP-11 is located primarily in Commonwealth waters off the NSW coast between Newcastle and Wollongong and covers approximately 4500 square kilometres.

The government's refusal is based on:

The National Offshore Petroleum Titles Administrator will grant the applicant (Advent Energy) 30 days to respond to the notice of intention to refuse the application.

Community groups between Newcastle and Sydney have waged a vigorous campaign against the project over several years.

Liberal Member for Robertson Lucy Wicks said the community had been consistent in its opposition.

"Refusing the PEP-11 permit is an important decision for our region and reflects the values and care our community has towards our environment," she said.

"The Prime Minister has listened to the Central Coast and knows that the oceans we all love to swim in, fish in and go boating in are worth protecting so that we can enjoy them now and into the future."

Liberal candidate for Paterson Brooke Vitnell said it was significant that the Prime Minister voiced his opposition to PEP-11 while visiting Paterson earlier this year.

"This shows how crucial our region was to the PM's decision and I'm pleased that in making this decision he has again put the people of the Hunter first. This is a decision I not only strongly support but it's one that reflects the broader view of the Port Stephens community," she said.

Liberal candidate for Shortland Nell McGill said was grateful for decision. "It's wonderful to think our PM cares as much as we do, when it comes to the glorious beaches of the Lake Macquarie Region, and beyond. I'm sure my delight is shared by everyone in Shortland and the entire Hunter region who enjoy our magnificent beaches and lakes," she said.

The Federal Government is working to unlock investment in Australian gas including through a $220 million commitment to the Beetaloo Strategic Basin and $15.7 million in support for the North Bowen and Galilee Basins.