Federal election night: what we know so far

Here is what we know so far about the federal election result as counting wraps up for the day.

Is there a clear winner yet?

Anthony Albanese has claimed victory and will be the 31st prime minister of Australia. He said on Saturday night “the Australian people voted for change”. In his speech, Albanese committed to “end the climate wars” and embrace the Uluru Statement of the Heart.

Scott Morrison had earlier conceded defeat and announced his resignation as leader of the Liberal party.

The question now is whether Labor will form a minority or majority government.

There was a 3.28% swing to Labor nationally, as at 1am AEST. On current numbers, Labor is in majority territory, leading in 76 seats. But it’s unclear whether it will scrape across or fall just short, with several seats still in doubt.

The Coalition is currently leading in 59 seats, and crossbench candidates are leading in 16.

The main story of the night has been a huge growth in first preference votes for minor parties and independents who will win a swag of seats.

The Greens look to have had one of their best results. ABC election analyst Antony Green called the Queensland seat of Ryan for the Greens. The party also looks increasingly likely to pick up Griffith from Labor and is a strong chance in Brisbane, held by the LNP, though Labor also retains hopes there.

The high number of voters who opted to vote by post may mean that results for some electorates, especially tight contests, will take some time.

How many seats have a clear result?

Guardian Australia’s election analyst Ben Raue had called 132 seats by 1am, with 19 seats still too close to call. You can read the seats he has called on our results page here.

Counting will continue on Sunday.

How many seats have the teal independents won?

Independent Allegra Spender has won the seat of Wentworth, in Sydney’s eastern suburbs, and Zali Steggall has retained the seat of Warringah on Sydney’s northern beaches. That’s the seat Katherine Deves contested for the Liberal party.

Liberal MP Jason Falinski has lost the seat of Mackellar in Sydney to independent Sophie Scamps and independent Kylea Tink has claimed victory over Liberal MP Trent Zimmerman – although he was yet to concede.

In the WA seat of Curtin, the independent Kate Chaney seemed very likely to defeat the Liberal candidate.

Which other seats have changed hands?

Aside from the above teal independent and Greens contests, here are the seats that look most likely to change hands.

Labor won the seats of Chisholm and Higgins in Melbourne, Reid in Sydney, and Robertson on the NSW Central Coast.

There has also been a swing towards Labor in the Melbourne-based seats of Deakin and Menzies, and Sturt in South Australia.

Labor enjoyed a huge swing in Western Australia taking the seats of Hasluck, Pearce, and Swan.

But Kristina Keneally has lost the western Sydney seat of Fowler to the independent Dai Le.

Seats still very much in the balance include Gilmore on the NSW south coast, where the former NSW transport minister Andrew Constance is narrowly ahead of the Labor MP Fiona Phillips.

Bennelong in Sydney, held by the LNP, is 50-50. Labor is struggling to hold on to Lyons in Tasmania with a 4.95% swing towards the LNP. In the NSW seat of Cowper, an independent, Caz Heise, has a chance of unseating the Nationals MP Pat Conaghan. 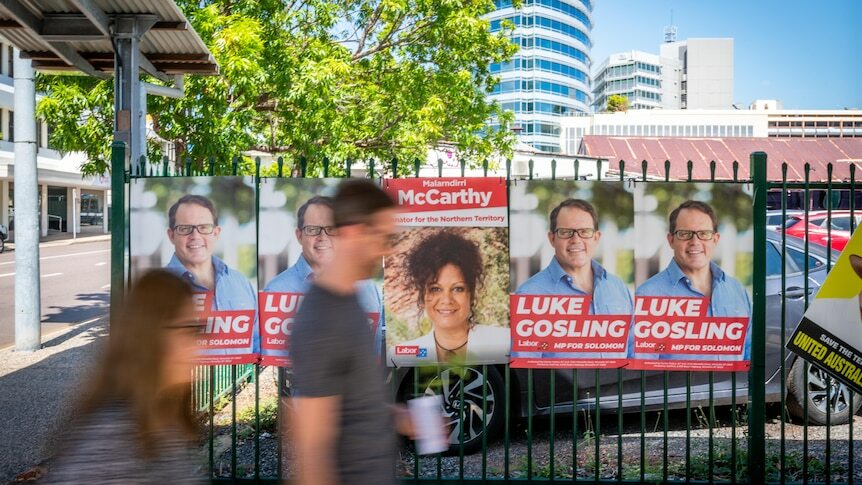 Federal election results for the NT are becoming clearer. Here's what we know so far
While some election candidates are already booking flights to Canberra, others are packing up their corflutes and contemplating their next…

ABC News
One subscription that gives you access to news from hundreds of sites
When will we know the result of Australia's 2022 federal election?

Antony Green reveals when he will have a good idea of how things are tracking.