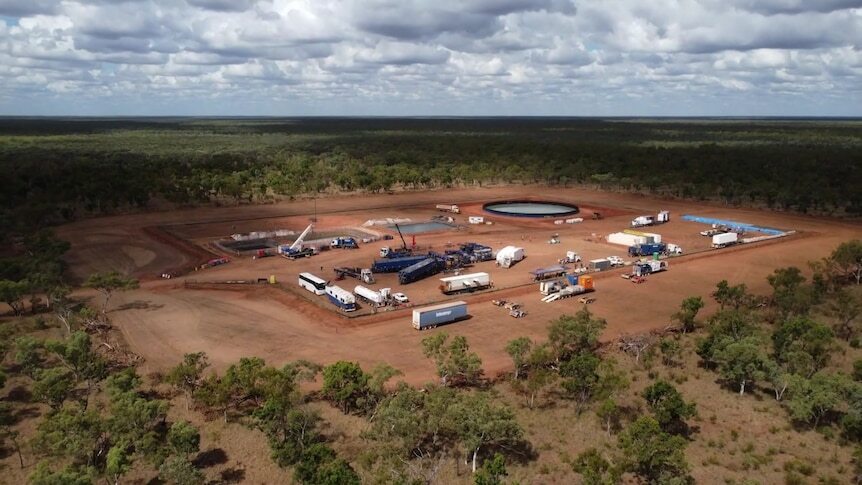 A Federal Court judge says he is "concerned" by a ministerial decision to enter into a $21 million grant agreement with a gas company with interests in the Northern Territory's Beetaloo Basin after a letter filed in court had said the agreement would not be reached for weeks.

In July, Minister for Resources and Water Keith Pitt announced $21 million would be given to Imperial Oil and Gas to support the construction of three new gas exploration wells in the Beetaloo Basin.

On Tuesday, the Federal Court heard the grant agreement was signed last week.

The validity of the Minister's decision to award the grant, and the $50 million grants program under which it was awarded, is being challenged in the Federal Court by Environment Centre NT.

In a case management hearing held in the Federal Court, Justice John Griffiths ordered Mr Pitt's legal team to urgently file an affidavit explaining the reasons for the "sudden" decision to enter into the grant agreement after indicating it would take weeks.

He also ordered the Commonwealth to pay the costs of the proceeding.

"There are some very serious things that have caused me concern and I think the court requires an explanation," Justice Griffiths told the court.

Justice Griffith told the court the Australian Government Solicitor, acting on behalf of Mr Pitt, wrote to the Environment Centre NT informing them the Minister intended to enter into an agreement with Imperial Oil and Gas in the next "two-three weeks".

"That is not what actually occurred," he said.

Justice Griffiths told the court the Minister entered into the agreement less than a week later, on September 9.

"Suddenly and unexpectedly, and without any warning at all," he said.

He said the Minister's legal team did not tell the Environment Centre NT, who found out "by way of announcement on the stock exchange".

"Why wasn't it a matter of common civility and fairness between legal professionals for the applicant to be told that a dramatic change of events occurred and grant agreements were entered into less than a week after the letter was written on the 3rd of September?" Justice Griffiths said.

Lawyer for Mr Pitt, Megan Caristo, said the Commonwealth had been anticipating further negotiations with Imperial.

"As it happened, Imperial got back to the Commonwealth saying there were no changes to be made, and that's why it happened when it happened," Ms Caristo said.

"All I can do is apologise for the way the events have occurred."

Mr Pitt's legal team will have to file their explanation by the end of the week.

Justice Griffiths also ordered the Minister to pay costs, which was not opposed.

"In the light of events that have occurred, which can only be described as unfortunate and not reflecting well on the Minister, I believe it's appropriate that the costs of today's hearings be made upon the respondent," he said.

The matter has been listed for a two-day hearing in November.