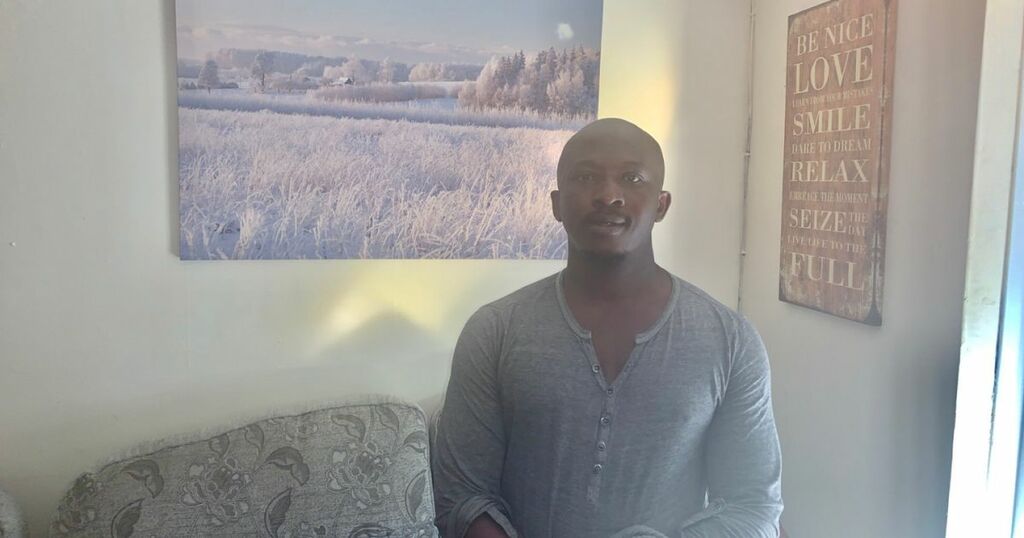 A single dad from Nottingham has spoken of his fears over the imminent cuts to the £20-per-week Universal Credit boost - as local leaders warned the changes will have a 'catastrophic impact'.

The £20 temporary uplift was introduced by the Government in April last year due to the difficulties and uncertainties presented by the pandemic - but the scheme officially comes to an end on October 6.

The day money will stop being paid will depend on the day claimants usually receive Universal Credit.

Sebastian Nash Ankrah, a single father to his young boys, aged seven and four, explained that he regularly received food packages from a foodbank and that the £20 top-up had been a lifeline to his family.

The 35-year-old, who is from St Ann's, said: “I’m grateful for Himmah’s (foodbank) support.

"However, apart from them, I’m not really getting any support elsewhere.

"I want the Government to maintain the £20, it is really helping us.

"Since Brexit, things are becoming more expensive and food prices are rising.”

He explained he was on Universal Credit before the pandemic and said the uplift helped him a lot.

"It's too early for the Government to take away the uplift as many people are still struggling," he said.

"I have food, transport, electricity, council tax, clothes, internet and other things to pay for.”

He said the situation was having an impact on his mental health.

“I don’t know why people think being on Universal Credit is awful. I know it depends on your circumstances but, for me, I need Universal Credit. Without it, I can’t cope," he added.

"For me, it’s a good benefit - and for any other parent who needs it. I would love to work more."

In the future, Mr Ankrah would like to go back into education to gain more qualifications.

Steve Morgan, a 42-year-old man who lives in the city centre, has been having trouble with Universal Credit and he also spoke out about the cuts.

“As a single man, I get the minimum you can get on Universal Credit," he said.

"Recently, they’ve been taking too much off me. Now, they’re taking away more.”

However, other people said they understood why the cuts were being made.

Joseph Maginnis, a 19-year-old student, said: “I think it’s fair - things are getting back to normal."

The Government said it was focusing on getting more people back to work - but the move has been criticised local leaders.

Nadia Whittome, Labour MP for Nottingham East, said the change "will have a catastrophic impact", and that the £20 uplift should be made permanent.

She said: "Constituents have told me that the pandemic has already placed them under extraordinary financial pressure.

“730,000 children will be pushed into poverty, people will go hungry and homelessness will soar. £20 a week might be spare change to Tory ministers, but it makes a world of difference to many of the 14,250 families I represent who receive Universal Credit.

“I want the uplift to be made permanent. But, more than that, I want Universal Credit to be replaced with a welfare system that treats claimants with dignity and offers real support – not punishment and destitution.”

“The £20 weekly uplift in Universal Credit has been a lifeline for many Nottingham families during the pandemic, enabling them to keep their heads above water for heating, water, rent and food," he said.

"There’s no question that, by removing it, the Government will be placing people into serious hardship, particularly as we enter the winter months with energy bills also due to increase significantly.

“We have already seen an upsurge in the use of food banks during the pandemic so it is clear that many people are seriously struggling, including those in low paid and unstable work, low incomes and people claiming benefit for the first time due to the impact of Covid – with 7,500 extra claimants in the city over the past year and over 28,000 Nottingham households now on Universal Credit.

“This is an issue which affects many thousands of the poorest children across Nottingham and affects many low paid working people who are struggling to make ends meet already.

"Taking away the £20 per-week will undoubtedly mean that more families will have to make the choice between heating and eating – a choice nobody should have to make in 21st century Britain.

"It will also push more people into a spiral of serious poverty and debt, which is not only personally tragic, but is bad for the economic recovery we need. Government seriously needs to rethink its position and lock in the uplift permanently.”

Charities, Labour and Conservative MPs and the footballer and campaigner Marcus Rashford have said the cuts will lead to millions of people struggling to afford the basic living costs.

The Government said: “As announced by the Chancellor at the Budget, the uplift to Universal Credit was always temporary. It was designed to help claimants through the economic shock and financial disruption of the toughest stages of the pandemic, and it has done so.

“Universal Credit will continue to provide vital support for those both in and out of work and it’s right that the Government should focus on our Plan for Jobs, supporting people back into work and supporting those already employed to progress and earn more.”

Anyone with questions about benefits or needing debt advice can contact the city council’s Welfare Rights Service - Telephone: 0115 915 1355 (Lines open: Monday to Friday 8.30am to 4.50pm) and email: welfarerights@nottinghamcity.gov.uk