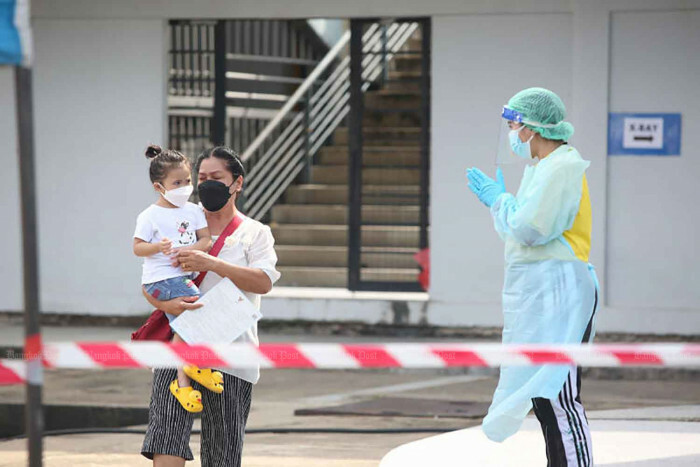 Children aged three years and above might be able to receive the Covid-19 jab, the Food and Drug (FDA) Administration announced on Wednesday.

Paisarn Dankum, FDA secretary general, said the Biogenetech company, the FDA-approved importers of Sinopharm, had on Sept 2 submitted a proposal to extend the age range for those who can receive the Sinopharm jabs from above 18 years old to above three years old.

He said the FDA is having the committee consider the proposal and will make a decision in less than 30 days.

The vaccine formula would be the same as the one which the FDA had approved before, Mr Paisarn said.

Currently, there are two vaccines that can be given to minors aged 12 years and above in Thailand -- Pfizer and Moderna.

For jabs for three-year-olds and older, aside from Sinopharm, the GPO is also following up and asking for supporting documents from the manufacturers of Sinovac.

When asked about online vaccine advertisements, he said the vaccine was a controlled drug and the seller must ask for permission to advertise, especially when it comes to controlled substances, as special information must be indicated.

Also, online advertisements for drugs are a tricky area as permission must be granted. The wording in the advertisements must also correlate with the words that were used when the drug was registered.

Meanwhile, the Chulabhorn Royal Academy has launched a "VACC 2 School" campaign. The academy opened online registration for Sinopharm vaccine bookings for educational institutions to give free jabs to their 10–18-year-old students.

This campaign aimed to provide students with immunity before the term starts. The condition is that students should not have had any jabs before and that they must have parental consent.

The campaign backers said this was the first time that vaccines have been used among those younger than 18. This campaign included 50,000 students and was fully booked within half a day.

The students would be vaccinated from Sept 20 and the academy would follow up the effects for a year.