Kylian Mbappe had Paris Saint-Germain and Qatar “on their knees” before agreeing his massive new contract in the French capital.

And PSG must now ensure they do not become “FC Mbappe” or become victim to the “politics of the rockstar”, former France star Bixente Lizarazu has warned. Mbappe, 23, signed a new three-year contract before the final Ligue 1 match of the season on Saturday night - and celebrated by scoring a hat-trick.

But the power the World Cup winner now wields at the Parc des Princes was shown by the immediate sacking of sporting director Leonardo. The Brazilian was not involved in the final contract negotiations and had a tense relationship with Mbappe and his family. Mbappe wants the former Monaco sporting director Luis Campos to take the job - while the club wants to replace head coach Mauricio Pochettino with Zinedine Zidane.

PSG’s Qatari owners were so desperate to have Mbappe still at their club during this year’s World Cup they were also willing to offer the Frenchman a huge re-signing bonus and an annual salary of €50m (£42.2m). But France '98 winner Lizarazu, speaking on French TV show Telefoot said: “I have the feeling he really had PSG and Qatar on their knees.

"In the history of football, I have never seen a player put on its knees - a state nearly - because PSG is owned by Qatar, and the biggest club in the world. The power that he has taken, Kylian Mpabbe, is really impressive. The sang-froid he kept until the last minute. The announcement was made before the last match of the season.

Have Your Say! Will Mbappe lead PSG to Champions League glory? Join the debate here.

"Now there is a danger, PSG must not now become FC Mbappe. We have seen that Leonardo is going to leave PSG. It is the organisation and team around it, the project around it all. It is making sure we are not in the politics of the rockstar. Here you get the feeling that Kylian Mbappe is the boss of the club. They have to refind the collective and the staff and the coach and the sporting director. The frame is really important.”

Pochettino was booed by PSG fans when his name appeared on the screen before the Metz match - and even when he and his technical staff walked out on the pitch later for the Ligue 1 trophy presentation. Asked when he learned about Mbappe’s contract extension, the former Spurs boss said: “I knew about it today, a few minutes before the official announcement.” 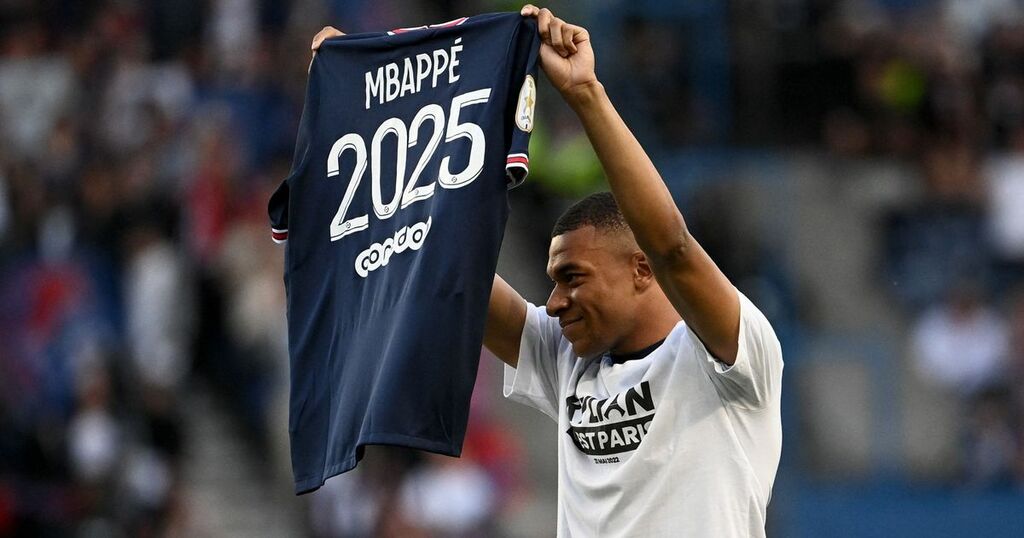 La Liga to issue complaint against PSG over "scandalous" Kylian Mbappe contract
Kylian Mbappe has signed a contract extension with Paris Saint-Germain and will stay with the current French champions until 2025,…

Daily Mirror
From analysis to the latest developments in health, read the most diverse news in one place.
Kylian Mbappe responds to Real Madrid fans and addresses rumours over PSG contract

The 23-year-old had been heavily linked with a move to Real Madrid.