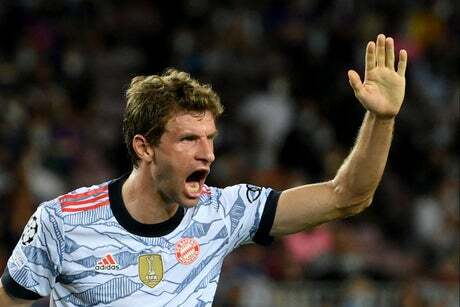 Barcelona could hardly have asked for a tougher assignment as they began their first Champions League campaign of the post-Lionel Messi era by hosting German giants Bayern Munich.

Messi ended his 21-year-long association with the Catalan club when he joined PSG this summer, with the Spanish club’s financial woes meaning they were unable to tie their talisman to a new contract.

The move sent shockwaves through European football and has dampened expectations about what Ronald Koeman’s side may be able to achieve this season, but this was still a disappointing start as Bayern cruised to a 3-0 win at the Nou Camp.

Thomas Muller set the German champions on their way before Robert Lewandowski took centre-stage, scoring twice as Julian Nagelsmann watched his side take all three points in his first European game since taking charge in the summer.