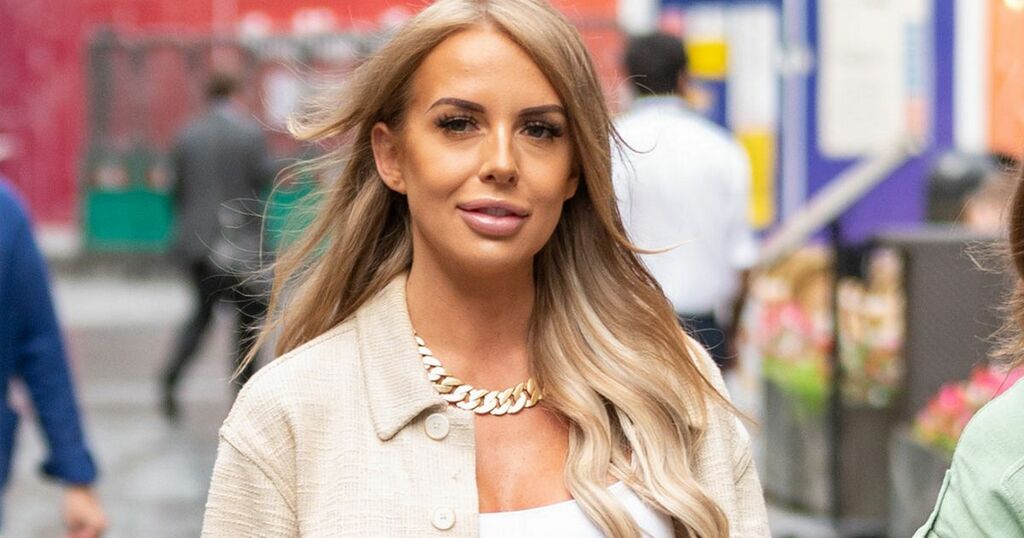 Faye Winter was glowing as she walked around drizzly London without boyfriend Teddy Soares.

It may be three weeks since Love Island came to a close, but the 26-year-old displayed some very bronzen pins at Leicester Square.

She clutched a bottle of water looking very tanned as she made her way to Global.

It may be the middle of September but she rocked the shorts as she smiled on her way in.

Not even some morning rain could put her off her early morning stride with Teddy catching a lie in.

Her make-up was flawless as she pounded the pavement with a friend.

It came after the beauty took part in a Q&A on her Instagram page where she appeared without any of her usual trademark glam.

Faye's brown lipstick and gelled back hair became her signature in the villa but on Sunday it was all natural.

The star has switched up her style since returning to the UK with boyfriend and she answered fans' questions from the comfort of her bed without any make-up.

Faye recently opened up about her shocking outburst during her time in the Spanish villa and admitted that she got 'things wrong'.

The ITV2 dating series was hit with 25,000 complaints to Ofcom last month when the beauty sensationally exploded at now-boyfriend Teddy.

The show's viewers were absolutely horrified as she yelled at the financial consultant during one drama-packed episode of the hit reality TV show.

Speaking to Grazia magazine, Faye admitted that she dealt with the situation 'completely wrong' and was 'embarrassed' by her reaction.

"There were times I dealt with it completely wrongly," she told the publication during a trip to London with Teddy.

"And everyone, unfortunately, got to see that."

After leaving the show, coming third in the live final with Teddy, Faye discovered just how many viewers complained to the regulator regarding her outburst.

"I’d be lying if I said that when I saw 25,000 complaints, I wasn’t upset – I was already embarrassed about the situation," she said of learning the news.

The reality TV star went on to reveal that seeing the complaints caused her 'more upset' as she worried about how her family had coped.