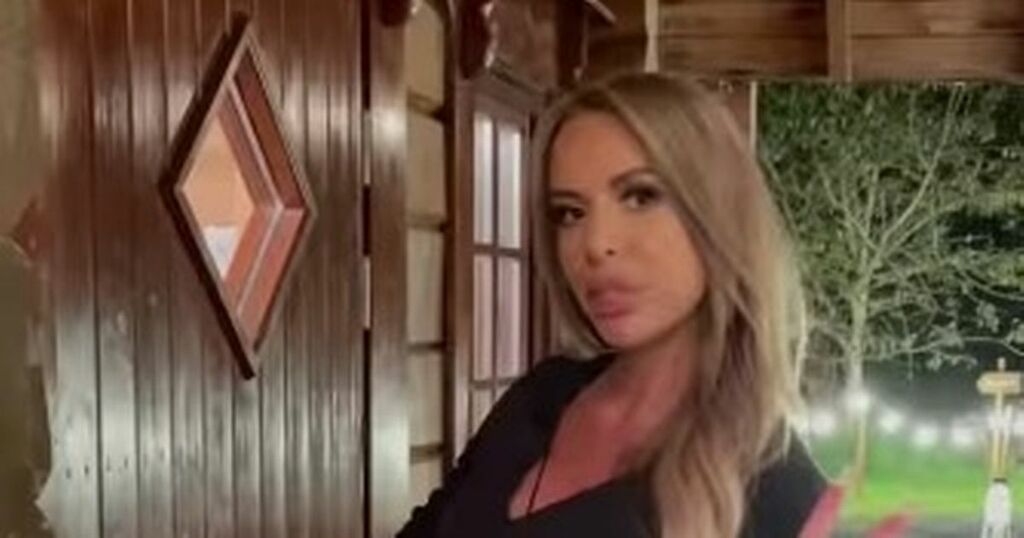 Love Island star Faye Winter has added her own cheeky charm to a tour of The Cabins as singletons hope to find love on the ITV2 reality dating show.

The blonde beauty gave a behind the scenes look at the luxury lodges as the show - which gives contestants 24 hours to find love - has been pre-recorded before hitting our screens this week.

Faye took to Instagram to share a short video of her walking across the lawn between the illuminated cabins and captioning the post "Back Stage Baby" as she toured the lavish love nest.

Other clips show Faye behind the camera filming and she also giving an exaggerated head tilt pose to her fans as she enters one The Cabins.

The former Letting agent also checked out the new digs in a ITV promo ahead of the show's launch where she toured the set and gushed at the homely touches.

She told viewers: "I wonder what lucky couple is gonna be in here. (sic)"

"They've got somewhere to put there clothes... who knows they may only need one coat hanger."

Taking a camera man following her she continued: "Let's take a look at the bedroom, where the magic is gonna happen."

Continuing with the saucy suggestions she added: "You're in stag mount. I wonder if there's going to be any mounting in here."

The whistle stop tour also saw her bouncing on a bed, landing her luscious lips on a otter mug and getting to grips with a Twister game.

Perching on the hot tub edge she added: "If you are gonna find love, it's gonna be in here."

She wrapped up the teaser popping a cork and taking a flowing swig from the bottle of fizz.

The Cabins follows six singletons as they move into a cabin in the countryside in a bid to find The One.

But there’s a twist, because the three couples will each spend the first night together which means a whole 24 hours with no distractions.

The Cabins is filmed in Wales this year, but in 2021 it was located at the luxury Hidden River Cabins in Cumbria.

A spokesperson for the beautiful venue told Heat: "Hidden River Cabins is unique as we provide traditional log cabins in the beautiful Cumbrian countryside.

"Each cabin has been spaced far apart from each other to create the feeling of seclusion with the added extra of hot tubs overlooking the river."

The three exclusive Cabins - Otter’s Pocket, Stag’s Mount and Beaver’s Burrow - are close to each other so the couples could come across each other.