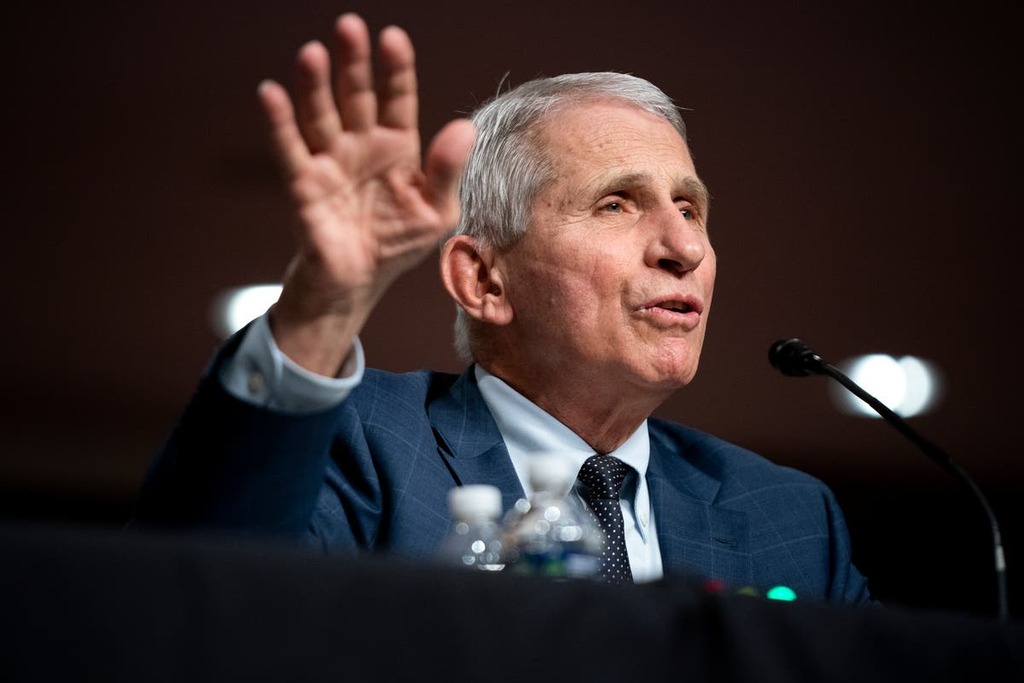 Anthony Fauci has defended mocking Republican senator Roger Marshall after the two sparred over his financial disclosures during a senate committee hearing on health, education, labour and pensions.

Dr Fauci, in an interview with MSNBC News on Wednesday, said he was stunned to know “that a sitting United States senator doesn’t realise that my financial statement is public knowledge”.

The director of the National Institute of Allergy and Infectious Diseases (NIAID) claimed Mr Marshall, through his line of inquiry, was accusing him of making investments in the market based on “so-called inside knowledge” about the drugs that are effective.

“It just is an example, again, he was implying, if you listen to the entire dialogue, that in my position, responsible for drug trials and having so-called inside knowledge of what drug works and what drug doesn’t work, that maybe I was making investments sort of like ahead of the game here,” he said.

Dr Fauci added that Mr Marshall “was totally implying that, and he made the statement that we can’t get your financial statement. It was stunning to me that a United States senator doesn’t realise that my financial statement is public knowledge. It was just like, ‘Where have you been?’”

Earlier on Tuesday, Dr Fauci had seemingly lost his temper and was heard calling Mr Marshall “a moron” when the senator questioned whether the top infectious disease expert and the White House’s chief medical adviser should have a publicly available financial disclosure form.

“Will you be willing to submit to Congress and public a financial disclosure that includes your past and current investments?” asked Mr Marshall.

Dr Fauci responded with confusion, noting that his financial disclosures had been publicly available for years throughout his service at the NIAID.

“I don’t know why you are asking me that question,” he said. “My financial disclosure is public knowledge and has been so of 35 years (sic)... It is totally accessible to you if you want it.”

As the exchange ended, Dr Fauci derided the senator for insisting his staff could not find the disclosures and was heard quipping: “What a moron. Jesus Christ.”