Tedros Adhanom Ghebreyesus, the director general of the World Health Organization (WHO), will have history on his mind when he hosts almost 200 member states at the U.N agency's annual assembly this week.

In a recent white paper laying out his plans for the future of global health security, Tedros began by quoting ancient Greek historian Thucydides, who wanted the world to learn from the mistakes of a devastating plague in Athens in 430 BC.

Nearly two-and-a-half millennia later and after COVID-19 has killed at least 15 million people globally, avoiding a repeat of fatal missteps in a future pandemic is the unwritten theme of this week's World Health Assembly in Geneva.

As the delegates meet, COVID still rages. Countries are more polarised than ever over how best to fight the world's biggest health crisis in a century. Efforts to vaccinate the world remain incomplete.

And what the UN agency's future role will be in preventing the world from forgetting this deadly outbreak - and guiding it through the next one - remains unclear.

Tedros' white paper, which will be discussed at the assembly, imagines a future with a strengthened WHO at the centre of health emergency preparedness.

Parts of his plan have been seen by WHO watchers as a power grab, including a proposal to set up a global health emergencies council that is "linked to and aligned with" WHO. High-level external experts have suggested instead that any body of this type should be independent, and at the world-leader level.

An alternative proposal by the G20 for a pandemic fund of up to $50 billion was initially seen as a potential rival to WHO, which has the power to disburse money through an emergencies mechanism in response to disease outbreaks.

Now the agency is seeking to play a role in the proposed fund, possibly through a board seat, meaning they could theoretically co-exist, with the fund channeling its money through WHO.

The biggest outcome from the assembly itself is expected to be a funding deal seen as necessary to ensure WHO's survival, with an agreement set to be approved by members which would help cut its reliance on donations with strings attached.

WHO is currently funded mostly by voluntary contributions from governments and private donors, a set-up that the U.N. agency and independent panels of experts have said is unsustainable as the organisation faces new challenges, including higher risks of pandemics as well as other health issues from breastfeeding to Ebola.

A deal that would raise mandatory fees for member states and reduce its reliance on donations - as long as WHO makes much-needed changes to improve efficiency and transparency - is likely to be approved.

It is a crucial first step in putting the world in a better place for new threats, according to observers. But more needs to be done.

"Strengthening WHO is essential but not sufficient to prevent, prepare for and respond to another pandemic," said Carolyn Reynolds, founder of the Pandemic Action Network.

That is because while WHO may be more than pandemics, pandemics are also more than WHO.

"It's all hands to the wheel," said Helen Clark, co-chair of the Independent Panel on Pandemic Preparedness and Response, the body set up by WHO to review the global response to COVID.

Clark - a former New Zealand prime minister - wants not just WHO but the world to learn its lessons, and fast.

The warnings Thucydides saw in Athens, where the plague left the ancient world's experiment with democracy on its knees, have echoes today, with COVID buffeting the global economy and laying bare weaknesses in political systems.

Last week, the panel released a report warning that despite some progress, the world is no better prepared for new health threats than when coronavirus emerged in 2019, and may even be in a worse place given the pandemic's economic toll.

Reforms are urgent, the report argued, and it is not an either/or situation. The world needs both a strengthened WHO and better preparedness across the board.

As such, Lawrence Gostin, a professor at Georgetown Law in Washington, D.C., who closely follows WHO, says the agency has an opportunity to reassert itself after a tough few years.

"It will never be the same, singular unrivalled global health leader that it was in decades following World War Two, but I think it can regain stature and authority in the ashes of this pandemic," he said.

(Reporting by Jennifer Rigby in London and Emma Farge in Geneva; Editing by Josephine Mason and Frank Jack Daniel) 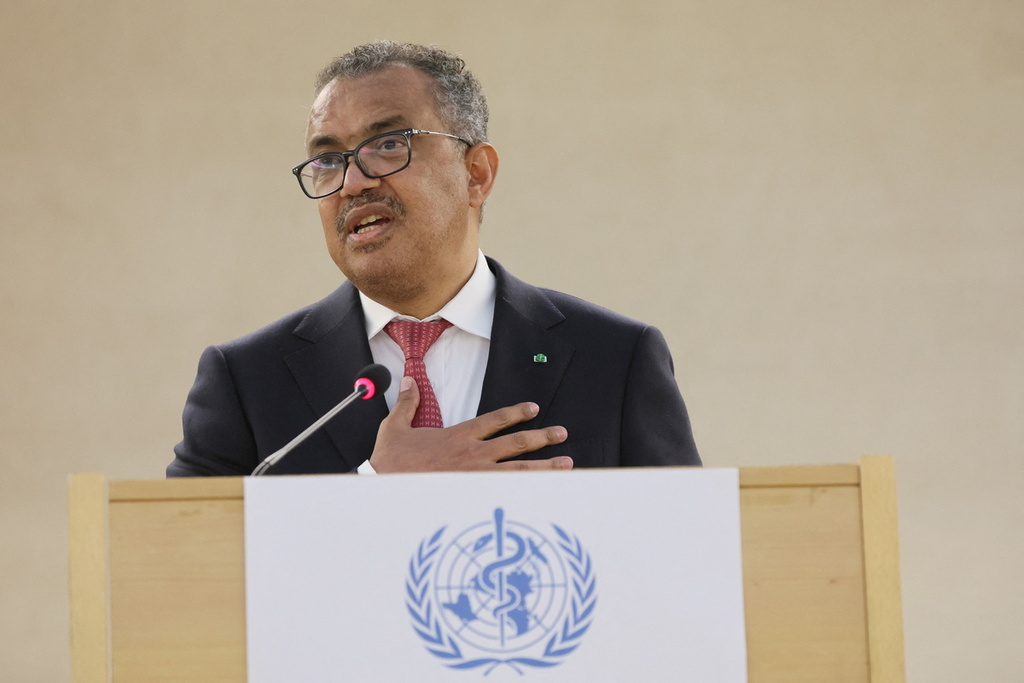 Reuters
One subscription that gives you access to news from hundreds of sites
Covid pandemic ‘most certainly not over’, warns WHO chief

The Covid-19 pandemic is “most certainly not over”, the head of the World Health Organisation (WHO) has warned, despite a…