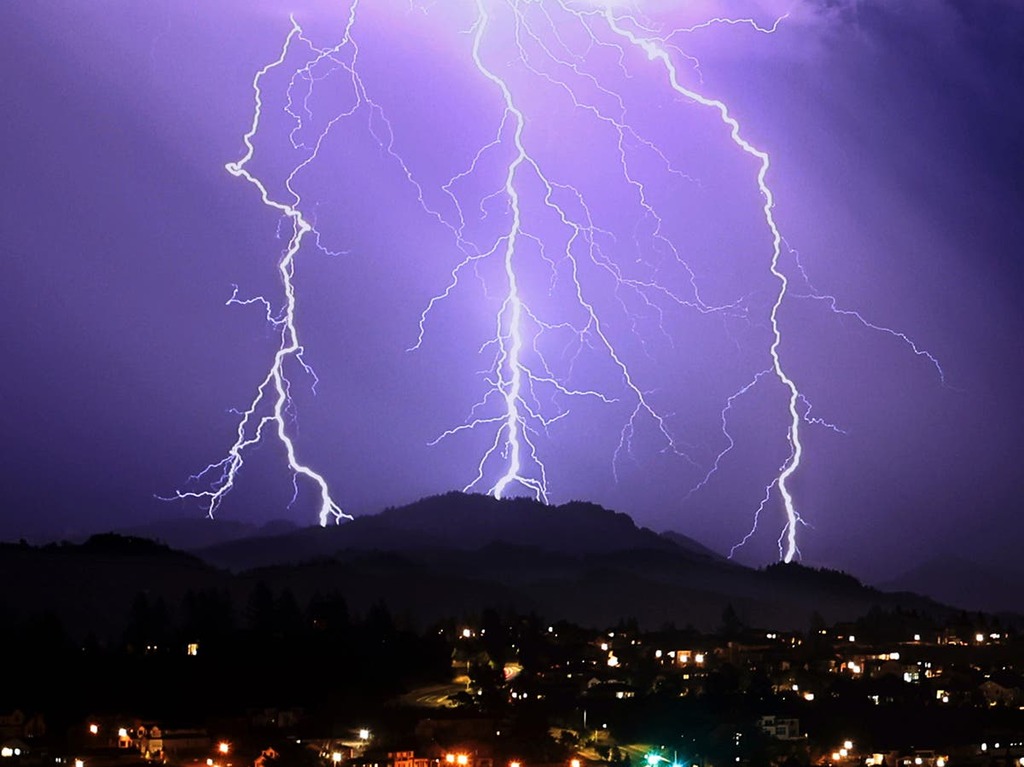 Lightning storms over drought-stricken California have led to a “red flag” warning for critical fire conditions.

The National Weather Service (NWS) said the fast-moving thunderstorms with scant rain over parts of northern California raised the risk of wildfires throughout the region.

The light rain and lightning began racing across the northern parts of the state Friday morning after passing over Southern California late Thursday night and the early hours of Friday.

The NWS issued the alert for the region between Sacramento and the border of Nevada, as well as areas east and south of San Francisco. While thunderstorms were expected to subside by the late morning, the alert is expected to remain in effect throughout most of the day.

“Fire safety precautions should be exercised to prevent additional fires,” the Weather Service said, adding that fires could also start from lightning.

The threat of lightning-sparked fires came as thousands of firefighters have made progress on containing more than a dozen large fires, mostly located in Northern California forests.

The Caldor fire, which started a month ago about 100 miles east of Sacramento, has burned through about 219,000 acres and destroyed 780 homes while being only half contained, according to a New York Times wildfire tracker.

The Dixie fire further north, the second-largest in California’s history, has burned through 950,000 acres in two months and prompted evacuations on Thursday. It is only 60 per cent contained after destroying more than 720 homes.

Historic drought and recent heatwaves have made wildfires harder to fight, with scientists saying climate change has made the region much warmer and drier in the past 30 years.

So far this year, more than 7,000 fires have scorched 3,300 square miles (8,500 square kilometres) in California, destroying more than 3,000 structures including many homes, according to the state firefighting agency.

President Joe Biden will survey fire damage during a visit to California next week in which he will also campaign for Governor. Gavin Newsom, a Democrat who faces a recall election on Tuesday.