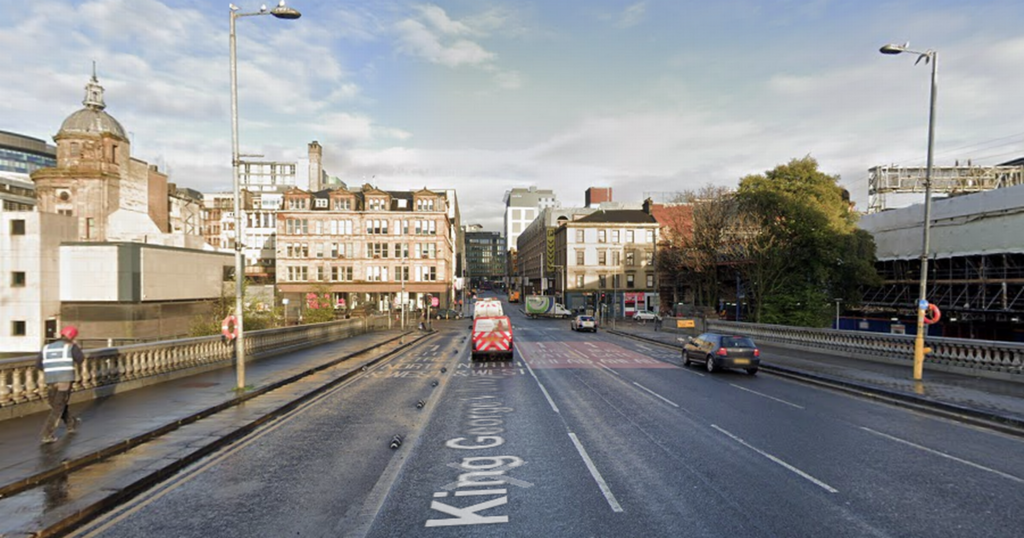 A fast food courier was assaulted by two men who then robbed him of his phone, money and delivery bag.

The incident occurred around 9.54pm on Wednesday September 8 in the city centre area of Glasgow, according to Police Scotland.

The 20-year-old had been cycling on the Clyde Walkway underneath the King George V Bridge, on the Broomielaw side of the river.

It was there that he was approached by two men who assaulted him and knocked him to the ground before robbing him.

They took his phone, a sum of money and his food delivery bag before heading off in the direction of Oswald Street.

The fast food courier was left with a serious head injury and had to be rushed to hospital for treatment.

The first suspect has been described as 6ft tall, in his early 20s and of a stock build.

He had been wearing a lilac coloured top, dark shorts and was carrying a black haversack.

The second has been described as between 5ft 8in to 5ft 10ins in height, also in his early 20s, of a slim build with short, dark hair.

He had been wearing a striped t-shirt and dark trousers at the time of the assault.

There were also two women around at the time and officers are keen to speak to them as they may be able to help with enquiries.

Detective Sergeant Raymond Hunter said: “This appears to be an unprovoked attack on a young man doing his job. We are keen to speak to the two men described and also anyone else who was in the area at the time.