Fashion’s own ‘black widow’: the true story of the house of Gucci murder

By Angela Giuffrida in Milan 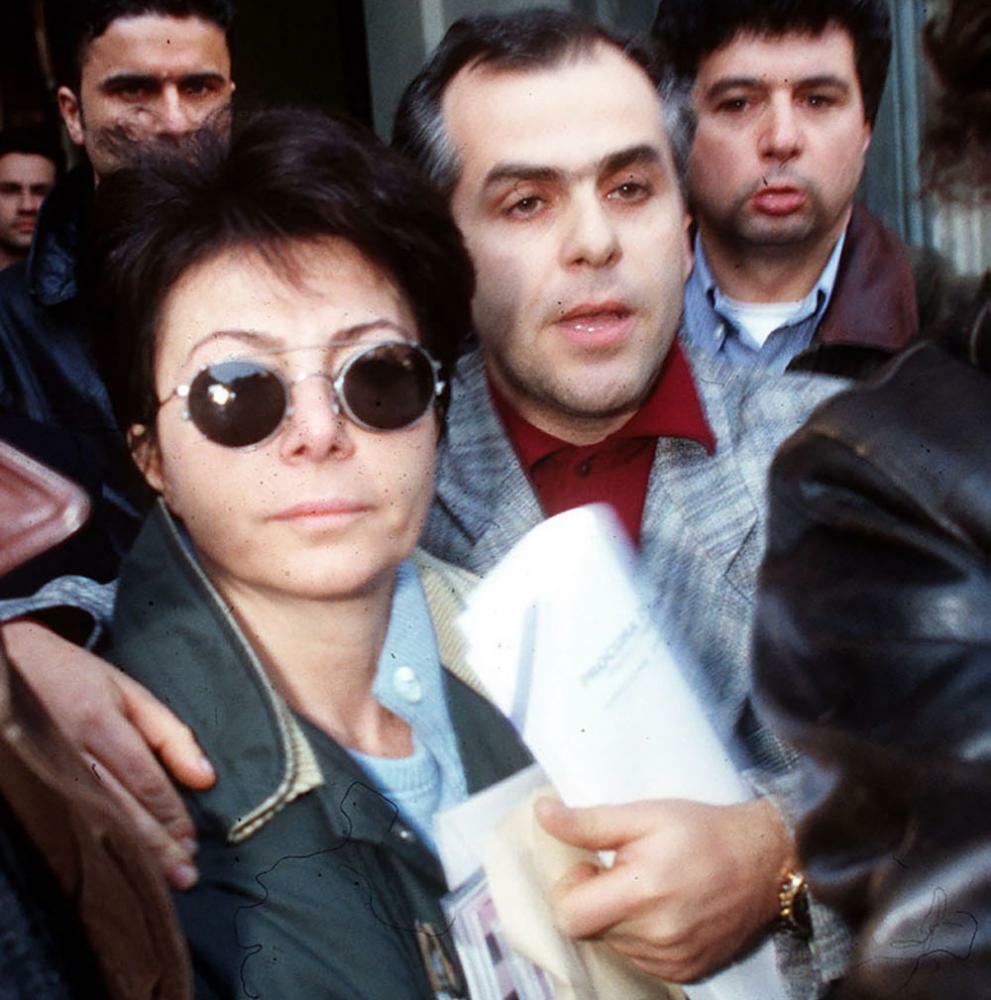 Even when she was being escorted to prison, Patrizia Reggiani was determined to go in style, wearing dark sunglasses and a fur coat. “I told her: ‘Look, you’re going to prison and this fur coat is hugely expensive’,” said the former police officer Carmine Gallo. “And so we left the coat with her mother and I lent her my green jacket, which she promised to give back.”

Gallo never saw his jacket again, but he does not hold a grudge. He was the police officer who called at Reggiani’s opulent central Milan home at about 5am on a frosty morning in January 1997 to arrest her on suspicion of orchestrating the murder of her ex-husband and fashion house heir, Maurizio Gucci. Gucci was gunned down outside his office on Via Palestro almost two years earlier, aged 46. The case captivated Italy, and now the story is being retold in Ridley Scott’s film about the fashion dynasty, House of Gucci.

Gallo does not know if his character features in the film, starring Lady Gaga and Adam Driver, but his inadvertent role in finding Gucci’s killers was instrumental.

He was on duty as head of a police unit targeting organised crime when he answered a phone call from a man saying he had information about the murder. “Until then, I only knew about the Gucci case through the newspapers,” said Gallo. “I was used to dealing with corruption, not murder. It was difficult to believe what this person was saying, but I was curious.”

The informant, called Gabriele, had not long returned to Italy from South America and was jobless and homeless. He was living in a cheap hotel on the outskirts of Milan, where he met Ivano Savioni, a porter who confided in him about his involvement in Gucci’s murder.

“Gabriele said he could give more information in return for cash,” said Gallo. “I said no, we can help find you a job and a home, but only if the information is proven correct.”

Gabriele got Savioni to recount the story again, this time recording the conversation. Savioni said he had been approached by Pina Auriemma, an old friend from Naples, asking if he knew anyone who could kill Gucci. Auriemma was a clairvoyant to Reggiani, by then divorced from Gucci, who was living with another woman.

“Auriemma told Savioni that Reggiani was sick and tired of being harassed by her ex-husband, who she said wanted to take the Gucci name away from her,” said Gallo. “She hated him and wanted him dead, and if Auriemma could find someone to kill him, she would pay for it.”

Savioni turned to Benedetto Ceraulo, a debt-ridden pizzeria owner, and Orazio Cicala. Ceraulo carried out the shooting on the morning of 27 March 1995, also injuring Giuseppe Onorato, the concierge who had been sweeping away leaves from the entrance to Gucci’s office building. Cicala drove the getaway car.

Neither of the four involved in the murder – for which they were paid 600m Lira, the old Italian currency (£260,600) – had committed a previous crime.

The inspector leading the official investigation team, which for a long time had been pursuing the theory that Gucci might have been the target of an international plot after selling his stake in the company to an Arab bank, laughed when Gallo presented him with his initial information.

But that did not put Gallo off. “The one thing that struck me when I first read about the murder was that the concierge had been injured – if these people were professionals, they would have killed him too, they wouldn’t have left behind a witness,” he said.

As the group caught wind that police were homing in on Gucci’s inner circle, they worried that Reggiani would confess and so plotted to kill her too. They were recorded hatching their plan to kill Reggiani after Gallo sent an undercover police officer pretending to be the Colombian hitman suggested to the group for the job by Gabriele. All apart from Ceraulo confessed to their involvement upon their arrest, and that Reggiani had ordered the murder.

Police had to break down the door to Reggiani’s home when they arrested her as she did not hear the doorbell. “She was walking around this huge place, holding a lamp,” said Gallo. “But she was very calm. She said she had been joking when she told Auriemma that she wanted Gucci dead. She said: ‘How many wives say they want to kill their husbands?’”

Reggiani was called “the black widow” by the Italian press as the portrayal of a woman scorned emerged during her trial. She was convicted along with the others and served 16 years of a 29-year sentence.

In an interview earlier this year, Reggiani, now 72, for the first time spoke candidly about ordering a hitman to kill Gucci, saying she went around asking everyone if they could do it on her behalf, “even the local shopkeeper”. She said she quite enjoyed her time in prison, where she kept a pet ferret, helped fellow inmates do their hair and nails and tended to the garden.

Since her release on good behaviour in 2014, she has often been photographed walking around Milan with her pet parrot on her shoulder.

A condition of her shortened jail term was that she had to work, something she balked at until her lawyer arranged a part-time job at Bozart, an upmarket costume jewellery shop.

“It was a blessing and a curse; some people thought we were bad people for hiring an assassin,” said Maurizio Manca, the co-owner of Bozart.

Reggiani spent over two years at Bozart, where she advised on the firm’s jewellery designs and helped curate the Instagram account. It was the first real job she ever had.

“The most complicated thing was the technology – we had to train her to use email and left post-it notes on the computer with instructions on how to switch it on, open files and print,” said Manca. “There wasn’t so much freshness of mind, but she was diligent.”

Less diligent was the parrot, who she would occasionally bring to the shop. “The parrot was a bit of a nuisance,” added Manca.

Reggiani often spoke about her life with Gucci, their holidays in St Moritz and their time in New York, where they socialised with members of the Kennedy family and the Trumps.

“The newspapers were always full of what they’d been up to, they were like the king and queen of Milan’s social scene,” said Manca. “She used to say she was the only true Gucci left.”

It was the obsessional attachment to the Gucci name which some believe motivated her to arrange her ex’s killing. “She refused to sign her police statement with the name Reggiani,” said Gallo, who still has Reggiani’s old passport in his possession.

Giuse Ferrè, a veteran fashion journalist in Milan, said all the elements of the story provide perfect fodder for a Hollywood film. Reggiani is being played by Lady Gaga.

“It hit me just how much they look alike,” said Ferrè. “It was such a shock when the murder happened, like something that would happen in America, not here.”

Gallo, who retired from the police force after 40 years, said the culprits would never have been found had it not been for the chance informant, for whom he found a job and stayed in contact with for several years. “It was all thanks to Gabriele that the case got solved,” he said.