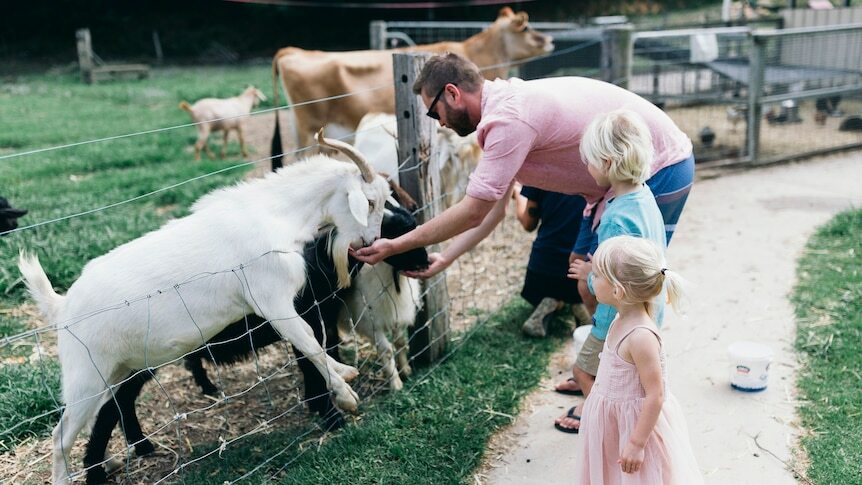 Farmstays on the New South Wales north coast have been busy taking bookings after news the lockdown for the region is lifting tomorrow.

Kirsty Perry, manager of the Hosanna Farmstay in the Tweed Valley, said they were excited and ready to take overnight and day visitors.

"We were hoping for this, especially with school holidays coming up, so we've mobilised our team and we're ready to go," she said.

Ms Perry said they were only given two hours notice when the state-wide lockdown was announced nearly a month ago.

"We had to walk from campsite to campsite and tell people to pack up and leave while giving them full credit to come back," she said.

"We're not a large business, we're family-run and family-owned, and that's a huge thing for us to carry on the back of 12 months having to navigate these situations."

The Bellingen Farmstay on the Coffs Coast has welcomed the lockdown lifting after five months without a booking.

Owner Fiona Hannaford said that in recent weeks she's had to re-think her business model and opened to people struggling to find housing.

"We have a DA because we're a tourist business which means we can only have guests for a maximum period of 12 weeks, so we've been very fortunate as we've been able to help a few people who've got seriously stuck."

Ms Hannaford said while she was excited to have tourists return, Queensland visitors would still be restricted.

"Because we are halfway between Sydney and Brisbane we're really missing the Southern Queensland crew because we're an hour closer to Brisbane than Sydney," she said.

While Queensland will open its border to essential workers from 1:00am on Monday, Ms Perry wants the border bubble extended to allow other travellers into the region.

"Ninety-five per cent of our business comes from over the border, that's already a huge gut punch at the start and then to be locked down for a month on top of that," she said.

Caravan parks on the Mid North and North Coast have been fielding hundreds of phone calls since the news of easing restrictions broke.

North Coast Reflections Park operations manager Jennifer Scot said phones went "off the hook" across parts of the state that are coming out of lockdown.

"We had 660 calls to parks that are able to open up tomorrow," she said.

Ms Scott said caravan parks are well-prepared to comply with COVID-safe measures, after almost two years of the pandemic.