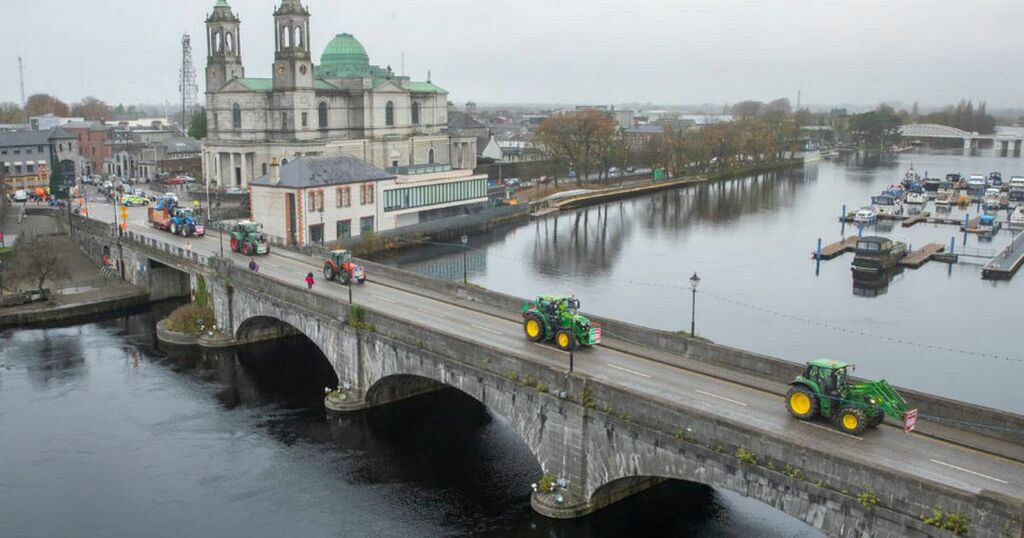 Farmers are to stage a demonstration in Dublin city centre this afternoon in protest against the Government's position on the Common Agricultural Policy and the Climate Action Plan.

Up to 80 tractors and other farm equipment will be driven in convoy throughout the city centre around lunchtime, which is expected to have an impact on traffic in the capital.

The Save Irish Farming campaign began last June and since then there have been a number of rallies held in towns and cities across the country.

Farmers say they want greater engagement from government on the Common Agricultural Policy and the targets set out for the sector in the Climate Action Plan, which farmers say contains no details on how these things will be achieved or funded.

The convoy is replacing Irish Farming Association's (IFA) planned ‘Farm Family Rally’, which was modified due to the increase in Covid figures.

The demonstration will begin just before 1pm this afternoon when around 80 tractors and other farm equipment will leave the IFA Farm Centre in Bluebell and travel through Inchicore and up Dublin's North Quays before taking part in a rally in Merrion Square.

Today's convoy to the city centre will be led by the IFA's president Tim Cullinane.

He said: “Every policy of this Government, including their proposed National Strategic Plan to implement the Common Agricultural Policy, is designed to reduce production. Farmers are being asked to do more and more for less.

“We have consistently called for genuine engagement and negotiation with farm organisations to develop a farm-level plan that farmers can work towards achieving. To date, nothing has been forthcoming.

"All farmers have received is empty rhetoric and lofty targets with nothing to back them up. Uncertainty is detrimental for any business; farming is no different. Farmers are reaching the end of their tether.”

“Currently, only 30% of farmers in Ireland are viable, and the Government’s policies will make more family farms unviable,” he said.

“The farming and food sector employs 300,000 people across the country, and we contributed €13bn in exports in 2020. We will not be ignored or pushed aside."

“The reality is that if food is not produced in Ireland, it will be produced in countries with a higher carbon footprint such as Brazil, where it was reported this week that 13,235 square kilometres of rainforest were cleared in 2020/2021.”

Mr Cullinane added: "Farming is a business activity, and farmers will not stay at it unless they can make a profit and make a living for their families,” he said.

While only about one hundred farmers will be involved in the demonstration, it is expected the convoy of slow-moving vehicles could impact on traffic in the city centre of the capital throughout the afternoon.

A garda spokesman told Dublin Live: "An Garda Síochána is aware of a planned protest in the Dublin Region today 21st November 2021. A number of slow moving convoys are expected to congregate in the Bluebell Area before travelling into Dublin City Centre around lunchtime.

"An Garda Síochána will have an appropriate and proportionate plan in place to monitor the protest and assist with traffic management where necessary," he added.

Gardaí say while the centre of Dublin remains open for business, people looking to travel through Dublin city should allow for additional time for the journeys.