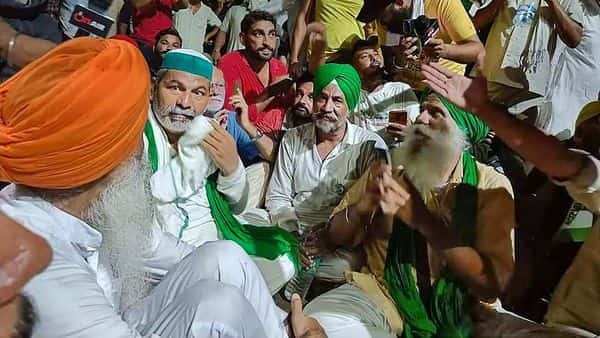 The farmers have been demanding action against the official who ordered lathicharge on a group of protesting peasants on 28th August.

The farmers have been asking for suspension of IAS officer Ayush Sinha, former sub-divisional magistrate of Karnal. He was caught on tape allegedly telling policemen to "break heads" if the protesters crossed the line.

The tape triggered massive controversy for the district administration following which Sinha was transferred out as part of a larger bureaucratic shuffle.

About 10 protesters were hurt in the clash with police as they tried to march towards the venue of a BJP meeting. Farm union leaders also claimed that a farmer died later, an allegation rejected by the administration.

"First, we are saying transferring him (Ayush Sinha) is not a punishment. We are also saying when farmers are booked for even road blockade, why not take action against the officer who ordered (police) to break heads. Is there any law under which such an order can be given?" he asked.