School holidays for 10-year-old Elise Thompson mean motorbike riding, getting the sheep yards ready for new stock and having friends visit from Melbourne.

Safety will also be a high priority at her family's Manangatang farm.

"When there's a tractor moving, we get as close to the shed walls as we can and we don't chase after vehicles," she said.

There's also rules about how Elise and her two brothers, Luke, 12 and Daniel, 8, use their motorbikes.

"We are allowed to use the tracks and go near the sheds but we all have to go the same way and follow each other," Elise said.

The children also know how to use UHF radios.

"We've got little handheld ones that we usually take on our motorbikes, so if we fall off we can call mum and dad and tell them where we are," she said.

The children feature on the front cover of the Child Safety on Farms guide that has been developed for parents with kids aged 10 to 15.

It is the first time a publication of its kind has been created.

Farms are one of the most dangerous and deadly worksites in Australia.

The agriculture sector had the highest rate of workplace accidents and fatalities between 2011 and 2021.

During this period 14 per cent of farm-related fatalities nationally involved children under 15 years of age.

Victorian Farmers Federation senior farm safety advisor John Darcy said the development of the guide came after a coronial recommendation for his organisation to do work in that space.

"We had a range of farming families including the Thompsons who've helped us and they are very passionate about raising their children to be future farmers," he said.

"Sometimes parents need to say, 'No, you're not quite ready for that yet, but let's get you to do this other job,'" Mr Darcy said.

"They shouldn't be riding adult-sized quad bikes until they are at least 16 and even putting them into side-by-side vehicles when they can't reach the floor and the grab rails, this is the sort of thing that's in the guide."

Lee-Ann Thompson was part of the steering committee involved in developing the guide and she said there were many things her family did to make sure their 3,200-hectare grain and sheep farm was a safe place.

Mrs Thompson said only Luke was allowed to help with tractor work at the moment and it was always under supervision.

"Elise and Daniel aren't quite old enough or tall enough to be able to do those tasks yet but we're hoping they'll want to join in and help in the near future," she said. 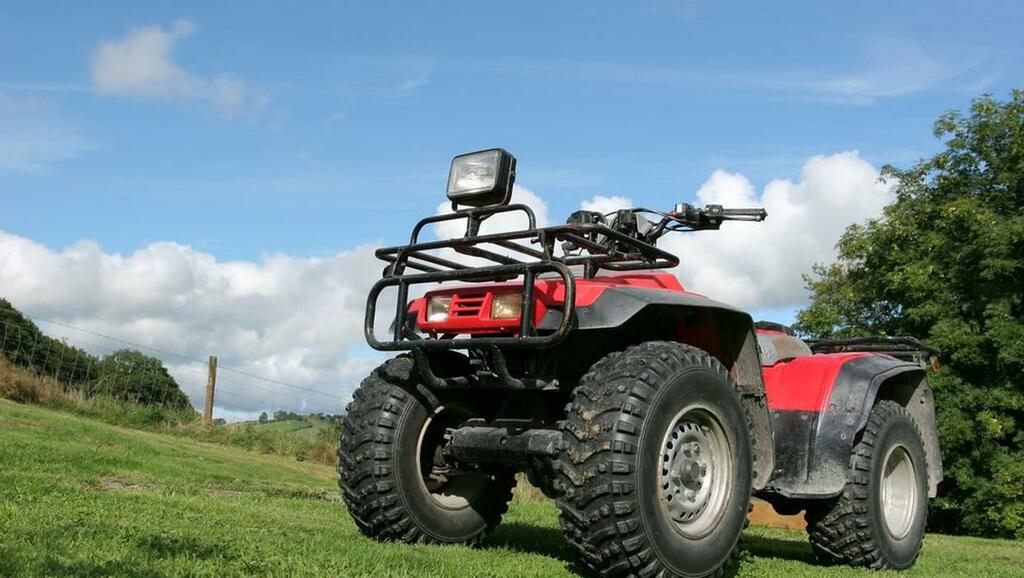 Irish Independent
From analysis to the latest developments in health, read the most diverse news in one place.
Great Southern mum helps save toddler after epileptic seizure on Narrikup farm

Some parts of western NSW received almost a quarter of their annual rainfall in one night. People are now deserted…

ABC News
Daughter calls for law change after cyclist dad killed by driver, 82, who ‘could only see few metres ahead’

Wales Online
One place to find news on any topic, from hundreds of sites.
Palestinians in West Bank’s Masafer Yatta decry settler attacks

Palestinians in the Masafer Yatta region of the occupied West Bank denounce attacks by Israeli settlers.