The Socialist Party (PSOE) has won Spain’s second election but neither the left nor the right bloc have reached an absolute majority. The election results have deepened the political blockade in Spain and the only clear winner is the far-right party Vox, which has become the third force in the Spanish Congress.

PSOE has now three fewer seats (120) and its potential ally Unidas Podemos has gone from 42 to 35. The new group Más País lead by the former cofounder of Podemos Iñigo Errejón also obtained fewer seats than expected (3), so the sum of the three left-wing forces (158 deputies) is lower than the one of PSOE and Podemos last April (165 deputies).

In the right-wing bloc, the conservative party (PP) went from having 66 to 88 seats, shortening distances with PSOE. However, the collapse of the center-right party Ciudadanos prevents the bloc from reaching the majority–Ciudadanos has suffered a great defeat and has only 10 deputies after losing around 2,5 million votes (47 seats).

The polls’ victory goes for the far-right party Vox that has shot up from 24 to 52 seats. Only eleven months after Vox’s emergence in regional elections, the group has become the third-largest party in the Spanish national parliament.

Spain used to be one of the few big countries in Europe where far-right forces did not have any representation in Parliament. The November 10 ballot has confirmed the end of this exception. Spain has joined the list of EU countries with an ultraconservative xenophobic party in Congress.

“We have changed the political landscape of Spain. We have reopened debates and demonstrated to the left that they have no moral superiority,” Vox leader Santiago Abascal said.

Congratulations from leaders of other far-right parties in Europe were not long in coming. “Great advance of our friends of Vox, I expect headlines in newspapers on ‘far-right victory, racists, sovereigns, fascists’… Forget racism and fascism, in Italy as in Spain we only want to live peacefully in our own home,” Italy’s League leader Matteo Salvini tweeted.

“The Vox movement is making incredible progress during the parliamentary elections in Spain. Congratulations to its leader Santiago Abascal for his impressive opposition work, which is already proving successful after only a few years!” said the chief of French National Rally Marine Le Pen.

The rise of Vox in a few months has a lot to do with the crisis in Catalonia, where social unrest has increased after Catalan separatists’ leaders were sentenced to prison.

In response to protests and riots in Catalonia against the Supreme Court’s ruling, Vox has appealed to the Spanish nationalism.

The far-right group has taken advantage of the intensification of the independence struggle. At the expense of increasing tension among Spanish autonomies, Abascal has toughened its pitch against separatists to attract more votes.

During the electoral debate in national public television, Vox leader promised to ban all nationalist parties both in Catalonia and the Basque Country and to put Catalonia’s president Quim Torra in jail.

The ultranationalist rhetoric to put an end to the Spanish autonomies together with the harsh measures to address the Catalan separatist movement have helped the far-right group to mobilize an important part of the electorate across Spain.

A part of these votes came from former supporters of Ciudadanos. The center-right party has sunk to political irrelevance after losing 47 seats due to the continued political shifts in the last months. One day after the polls, its leader Albert Rivera announced its resignation as chief of the party and renounced to his seat in Congress.

Even though the far-right party has already given external support to PP and Ciudadanos to grant right governments in some regions like Madrid and Andalusia, the three forces do not add up to an absolute majority to govern.

Back in April, economic powers pushed for a coalition between PSOE and Ciudadanos, but Rivera refused to negotiate with Sánchez disappointing the liberal wing inside the party.

In this context, Sánchez must choose between seeking the abstention of the right-wing to govern or restarting negotiations with Podemos and regional parties.

Podemos leader Pablo Iglesias has blamed Sánchez for having sought elections to improve PSOE’s results regardless of the consequences. “The new elections have served to strengthen the right and for Spain to have one of the strongest far-right parties in Europe,” said Iglesias, who has also asked Sánchez to leave their differences behind to form a progressive coalition government.

Even if Podemos and PSOE reach an agreement together with Más País (158 seats), Sánchez would need the support of smaller regional parties including Catalan pro-independence forces to reach an absolute majority (176 seats).

Otherwise, PSOE may try to get Ciudadanos’ support to avoid depending on separatists, but the center-right party has so far opposed supporting a government that includes Podemos.

“We did not want a government that depended on pro-independence parties and we continue to maintain it,” said PSOE’s Secretary José Luis Ábalos on November 11.

For the moment, the Socialist Party has kept all doors opened and asked other forces to “unblock the situation” in exchange for governing “with generosity.” 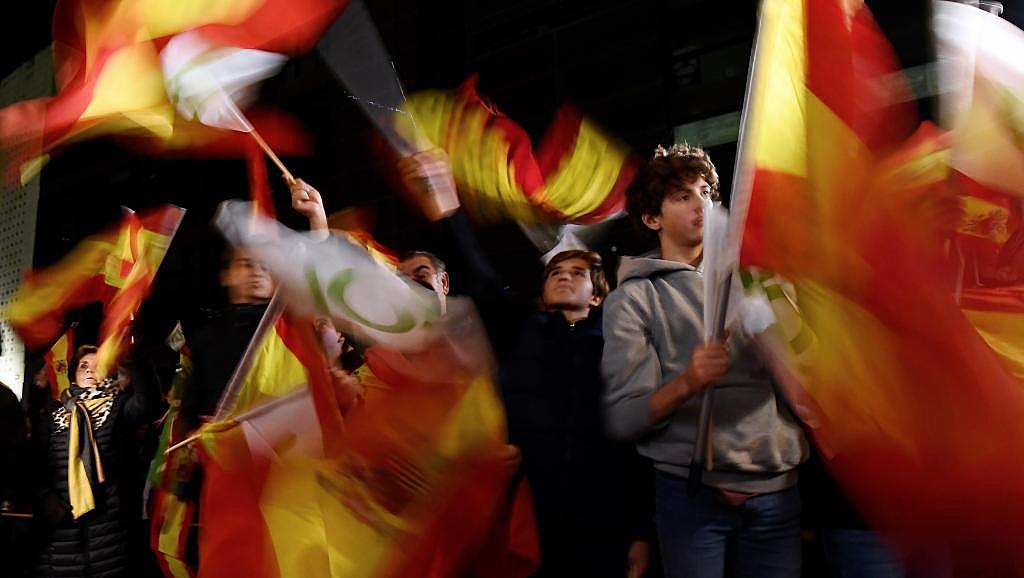 Radio France Internationale
One subscription that gives you access to news from hundreds of sites
Spanish election: Ruling Socialists takes the most seats but political deadlock fears remain after big gains from far-right Vox Party

The Guardian - UK
One subscription that gives you access to news from hundreds of sites
Spanish election: deadlock remains as far right makes big gains