Far-right leader in Germany is caught out by child interviewer 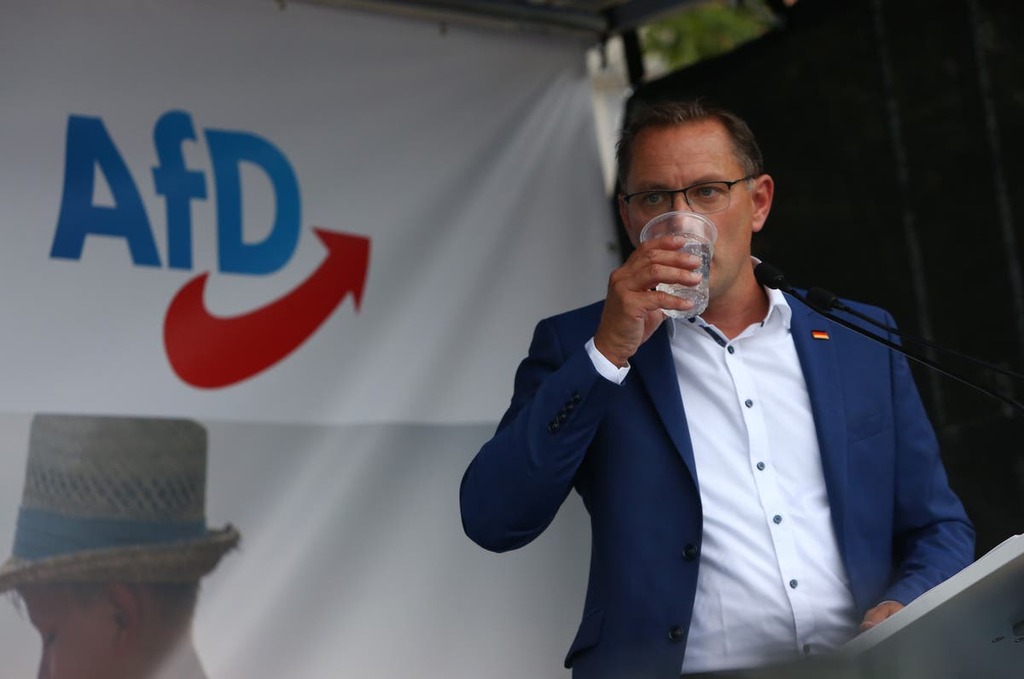 Germany’s far-right party, AfD spokesperson Tino Chrupalla embarrassed himself when he couldn’t name even a single German poem on children’s TV after just stressing the importance of teaching German folk songs and poems in schools across the country.

Mr Chrupalla, one of the two lead candidates from AfD — Alternativ für Deutschland (Alternative for Germany) — for the upcoming 26 September elections was promoting the importance of German culture on the children’s news programme, “logo!” on broadcaster ZDF.

He told the young anchor — who local media identified as logo! children’s reporter Alexander — that it was important to teach traditional German folk songs and poems in schools across the country alongside German philosophers.

The 12-year-old child interviewing him tells him: “I think we already have to memorise plenty of poems in school.”

Then continues to ask him, “What’s your favourite German poem?”

Mr Chrupalla says, after a pause” “My favourite poem is, uh, I have to, I should think about it now, I can’t think of any.”

The young journalist, Alexander has along with other children, for the ZDF children’s program “logo!” interviewed high profile German politicians ahead of the upcoming federal elections.

To save him from embarrassing himself further, Alexander asked the politician to name his favourite poet.

However, local media noted that this was a weird choice for a far-right politician as Heinrich Heine “despised all forms of German nationalism.”

On social media, the young German journalist was celebrated. One user said: “Can anyone give this child a prize?”

Editor of Germany’s Der Spiegel pointed out that Mr Chrupalla’s embarrassing interview is “like asking Sarah Palin about her newspaper reads. Or Donald Trump after his favourite passage from the Bible.”

Meanwhile, Germany goes to the polls on 26  September to elect a new Bundestag or federal parliament.

AfD is a populist right-wing party that is known for its opposition to European Union and immigration. The party was established in April 2013 and Guardian reports that it “has generally been moving to the right ever since.”

AfD first entered the parliament in 2017 and Jörg Meuthen and Tino Chrupalla are the two party leaders. NPR reported that AfD became the country’s third-largest political party and the official opposition to the centrist coalition government.

In December last year, a poll showed that 24 per cent of AfD supporters believed that the “pandemic is a conspiracy to oppress people.”

More recently, Mr Chrupalla opposed offering asylum to Afghans. He complained earlier this month that of the first 4,000 people who had been flown out by the German military from Kabul airport, only 136 counted as what he would consider to be local support staff in Afghanistan.

He also said that the Afghans should be “sent back at the border.”