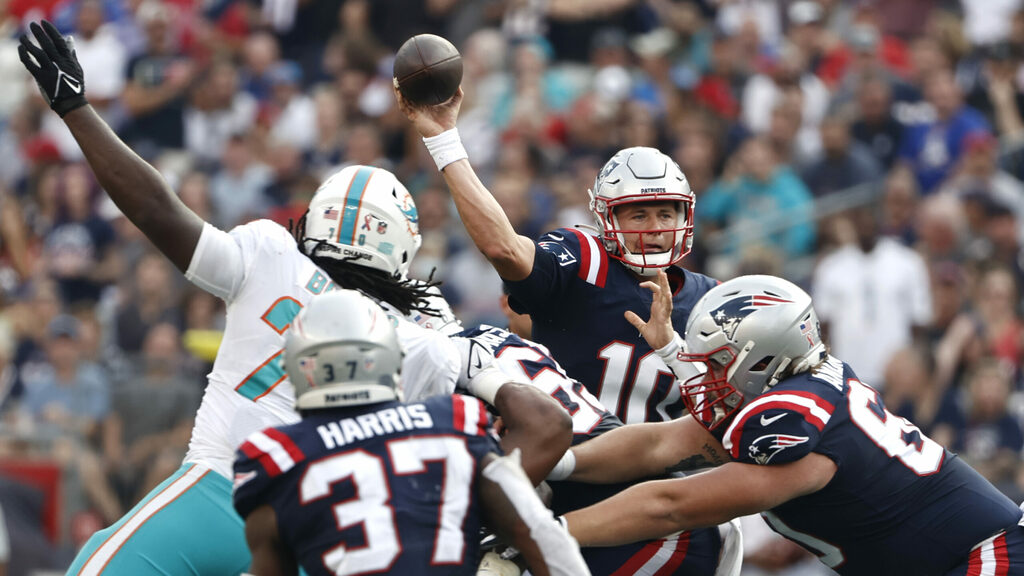 Costly penalties and two lost fumbles were the difference in the New England Patriots’ 17-16 loss to the Miami Dolphins.

New England had eight penalties for 84 yards compared to the Dolphins’ five penalties for 28 yards. Outside of those areas, there was a lot to look forward to following the Week 1 matchup. First and most important — Mac Jones was absolutely the right decision to lead the team this year.

He finished the game throwing 28 of 39 for 281 yards and a touchdown, while converting on 11 of 16 third down attempts. The No. 15 overall pick was cool and collective during huge moments and the running backs’ inability to hold on to the ball is what cost the Patriots the game.

Patriots fans clearly weren’t happy with the loss, but there was a level of contentment after seeing the upgrade of talent across the board.