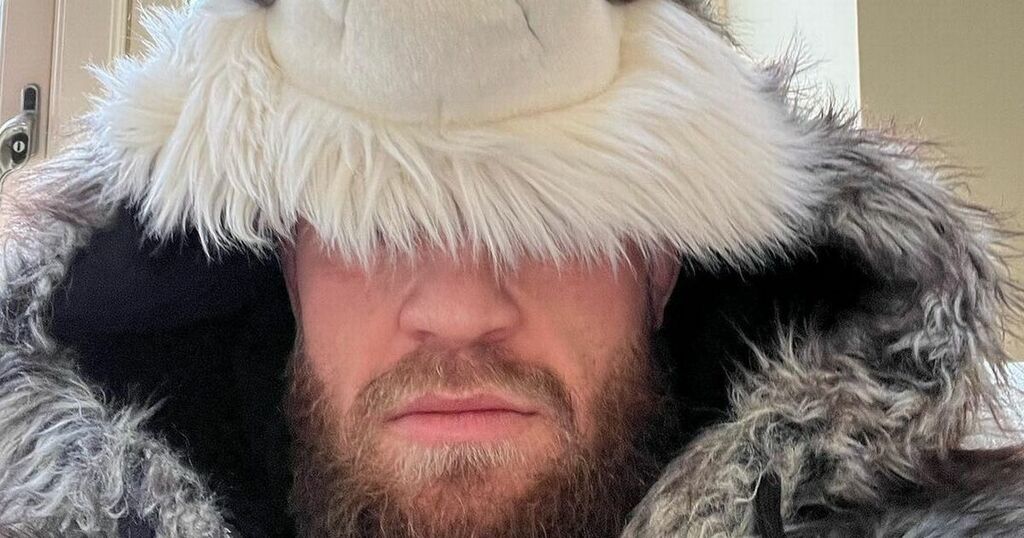 Fans have been left baffled by Conor McGregor's latest social media appearance in a wolf jacket worth over £2,000.

The Irish star is plotting his UFC comeback after a dismal 2021 ended with two consecutive defeats to Dustin Poirier and a broken leg injury.

McGregor has been seen in good spirits recently and has been posing in a wolf jacket created by designer brand Dolce and Gabbana.

He posted pictures on Instagram wearing the jacket with the image captioned : "Don’t expect the wolf to graze with sheep, Dolce and Gabbana."

One fan mentioned him with welterweight Khamzat 'Wolf' Chimaev: "There is only one wolf and that is Khamzat Chimaev. Borz!"

Another commented : "What sleep are you planning to slaughter on your UFC return?"

One fan was clearly concerned : "Wow you really scared me dude chill!"

McGregor is currently in Ireland where he was seen posing in the jacket at home which is currently out of the stock on the designer's website.

His social media following of 43.5 million have seen the latest throughout his recovery process where he is plotting a UFC return after rehabilitation on his leg.

He has begun light boxing training in addition to strength and conditioning in a bid to begin his journey to a full training return with his coach John Kavanagh.

Outside of the cage McGregor has continued to display his wealth acquiring a £2.7m luxury yacht custom-made by Lamborghini earlier this year.

McGregor had another profitable year placing third on the fighting rich-list for 2021 earning over £36 million in his two defeats to Poirier.

Can Conor McGregor become UFC champion on his return to action? Let us know your verdict in the comments section below

The Irishman has been present on eight of the top ten best-selling pay-per-views in UFC history with his most recent affair against Poirier selling over 1.6 million sales.

He will now seek lightweight redemption having lost three of his last four fights including an illustrious 2018 tilt with Khabib Nurmagomedov.

However he will need immediate victory after sliding to ninth position in the rankings with just two fights remaining on his current deal with the promotion.

McGregor is planning a prompt title shot on his return against champion Charles Oliveira which would put several potential challengers in a waiting list.

Former UFC lightweight Paul Felder believes that McGregor will not receive the shot and will wait behind Justin Gaethje and the winner of Islam Makhachev vs Beneil Dariush.

"If I'm going by the numbers, it's Gaethje for sure for me," Felder told Helen Yee. "Then the winner of Islam [Makhachev] and Beneil [Dariush].

"That's the next contender. There's no doubt about it in my mind. But Conor's that wrench in everything. Whether we like it or not, the guy draws.

"If Charles tries to do that, I can't technically blame him. You want that money fight. But that's not what it should be. It should be Gaethje and then the winner of Islam vs Beneil."