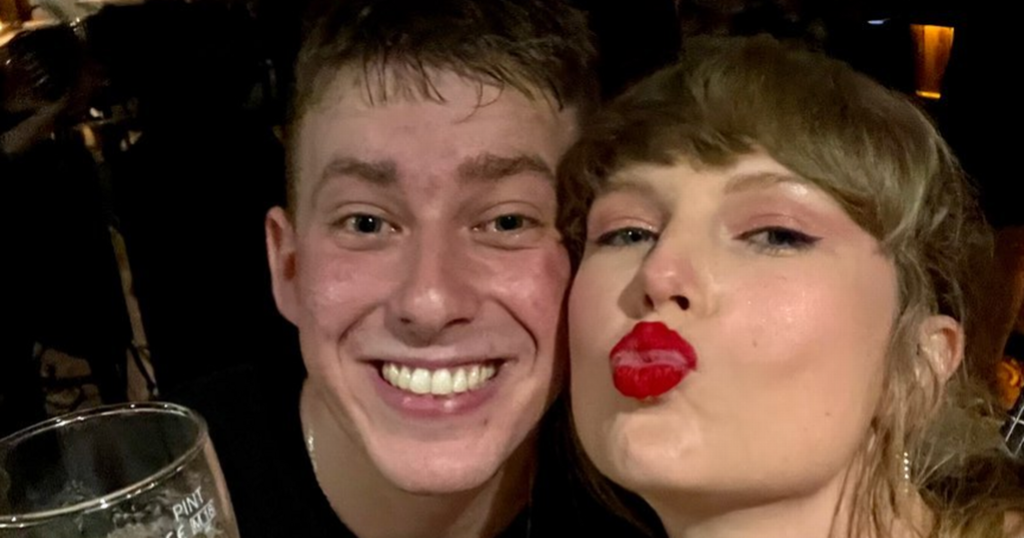 Taylor Swift has sent fans wild again after ditching the glamorous MTV Awards for a weekend on the town in Ireland.

Whilst her famous colleague’s were preparing for the MTV VMAs in New York on Sunday, the Love Story singer, who was up for four awards at the event, opted for a weekend in Belfast instead.

After Irish fans went into a frenzy when photos appeared of her outing on social media, a popular Belfast bar, called Tipsy Bird, confirmed that the songstress popped in over the weekend.

They said: "We have some news. Big news actually.

"The one and only Taylor Swift graced us with her presence last Friday night.

"Taylor was here to support her boyfriend Joe who has just wrapped up filming the TV series Conversations With Friends.

"We can confirm she is just as lovely as you would expect and was kind enough to take a picture with our team.

"Taylor, if you fancy being a Tipsy Bird another night in the future, you know where to find us!

"Oh, and if anyone wants to join us for Margaritas that are good enough for T-Swizzle just click the book now button".

Local musician Tiernan Heffron, who performs in the bar every week also shared the ‘dream’ moment he met the star, and told how she even gave him a tip.

The 22-year-old said: "Its not everyday Taylor Swift walks into your gig and stays for your whole three hour set. She was the most lovely person!

"She asked how she could follow what I was doing and gave me a tip! Dreams do come true, ready and excited for what’s to come #22".

The 11-time Grammy Award winner is reported to have spent the summer in Ireland with her actor boyfriend Joe Alwyn, who has a starring role in the upcoming Conversations With Friends series inspired by the Sally Rooney novel.

The pictures have sent Irish Taylor Swift fans into a frenzy, with one saying: “The way Taylor Swift is just chilling in Ireland is crazy to me.”

Another wrote: “Taylor swift being in Ireland just means that I’m on edge all of the time.”

But it isn’t the first time the singer has been spotted lapping up the emerald isle this summer.

Fans went wild earlier this summer when she had been spotted posing on an Irish beach - after flying into the country in Hollywood style.

The singer took to social media to celebrate the one-year anniversary of her album 'folklore' by posing on a beach in Donegal.

Locals took to social media to showcase that the footbridge in the background of one of the pictures is the same one at Ballymastocker Bay in Portsalon, Co. Donegal.

Sources in the area said the star arrived and left by helicopter in a fleeting visit.

But that was enough to get fans excited and social media was full with people trying to discover where she is now - with invitations for the Love Story hitmaker to hit up some other local spots flooding in.

Fans rushed to social media to figure out if the star is still in the county, with one saying: "Can someone tell me if Taylor is actually in Donegal?? cos if she is imma be going on a hunt whilst wearing my new folklore hoody and my cardigan to ensure she knows from afar that i am indeed a swiftie. see u soon queen."

“Taylor Swift got to go on a wee Donegal trip this summer and I didn't, just not on is it,” someone else added.

Whilst others were hoping her trip will prove to spark some future music, with another saying: “I hope Taylor Swift writes a song about Donegal now.”