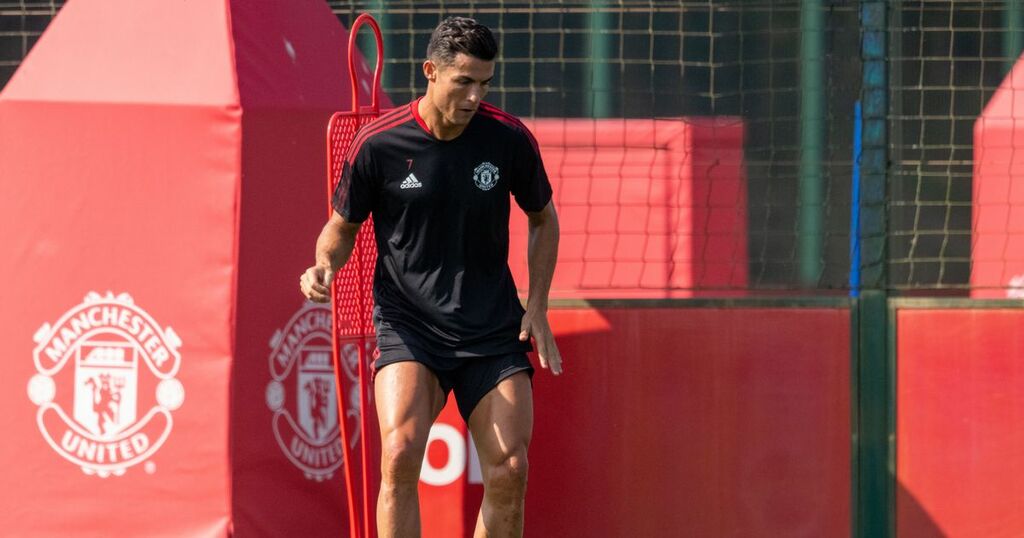 Cristiano Ronaldo has arrived at Carrington for training ahead of Manchester United's fixture at home to Newcastle United on Saturday afternoon.

The Portuguese international suffered a ban ruling him out of Tuesday evening's fixture against Azerbaijan and used the opportunity to report for training under his new boss Ole Gunnar Solskjaer.

Ronaldo and Solskjaer are no strangers, having spent four years together in the twilight of the Norwegian's glittering playing career at Old Trafford. Still, Ronaldo has demonstrated he is as eager as ever to prove to his new team-mates he has not skipped a beat.

Pictures surfaced on Tuesday afternoon of Ronaldo's first training session at Carrington, showing him training with what remains of the United squad during the international break.

And Ronaldo has taken to Instagram to show his delight at returning to the training ground where he honed the skills to become one of the greatest players the world has ever seen.

On his Instagram story, Ronaldo dropped three posts with photos of his first day back in Manchester.

The Portuguese star looks focused and determined ahead of his first game back at United this weekend.

In response to his return to training, United fans took to Twitter to express their excitement at witnessing a club legend back at Old Trafford.

@alhxmdulillah: "The goat is ready to tear the premier league again."

@midehblogger: "One thing you can never take away from Ronaldo is how well he takes his training seriously and also listens so well to all his coaches no matter what."

@Itz_Ossy: "Look at the concentration from Ronaldo, and see how focused he is. I have always been worried about how he is going to settle in with Ole as his boss. Now I can see that Ronaldo doesn't let petty things get in his way. That's the face of someone who is a born winner!"

@Ceyoncherry: "He left a championship (sic), he is back — still a champion. Greatness"

The Portuguese star is expected to play a role on the weekend, and in light of him returning to training early, the chances of him featuring from the start have grown.

The 36-year-old will be joined by Mason Greenwood, a surprise omission from Gareth Southgate's England squad for the international break. Considering his excellent form in the season's opening weeks, Greenwood was fancied to break into the senior England set-up for the first time in a year.

However, Southgate and Solskjaer decided that Greenwood was best placed focusing on club football at the moment. Thus he will have the opportunity to learn from Ronaldo before the rest of United's devastating attacking options return from international duty.