Following the news that Kim Kardashian has been named Beyond Meat’s “chief taste consultant,” fans have questioned whether she actually tasted the plant-based products in a new campaign video, or just pretended to chew the food.

On 24 May, the billionaire business mogul teamed up with Beyond Meat to promote the plant-based company’s meat substitutes.

In an accompanying video, shared to Kardashian’s Instagram, she explained that she believes “so much in the mission of Beyond Meat” that she’s “stepped in to help with [her] greatest asset,” her taste.

The Skims founder then proceeded to “taste” a number of offerings from the company, including a burger, meatballs, tacos, sausage, and “chicken” fingers, with the video showing Kardashian chewing but never actually showing the moment that she placed the food in her mouth.

As a result, many fans have questioned whether The Kardashians star actually tasted the food she is promoting, or whether she just pretended to chew for the campaign.

“The hamburger wasn’t bitten,” one person commented under the post, while another claimed: “She ain’t even eating the food. That hamburger isn’t even bitten into.”

“You didn’t even eat the food,” someone else claimed, prompting another viewer to add that those were their “thoughts exactly”. “Like, she fake-chewed a few times,” they added.

The claim was also repeated by others, as one person noted that Kardashian “didn’t put anything in [her] mouth” during the video, with the viewer questioning whether the reality star is “really” eating the Beyond Meat products as a result.

“I would have believed this if she had really eaten any of it,” another person wrote.

While it is not clear whether Kardashian tasted the vegan products for the promotional video, she was clear about her support of the brand, with the reality star telling viewers: “This plant-based meat is not only amazingly delicious but it’s also better for you and better for the planet.”

Kardashian also acknowledged the impact a “simple change” to Beyond Meat can make, a sentiment she reiterated in a statement from Beyond Meat, in which she said: “It’s empowering to know that the small changes I’m making for my family, like incorporating more Beyond Meat into our meals, can add up to make a big impact.”

Kardashian herself maintains a mostly vegan diet, however, she revealed during episode one of the family’s new Hulu reality show, which saw her fill up a plate at a family barbeque, that she occasionally eats meat.

The Independent has contacted a representative for Kardashian for comment. 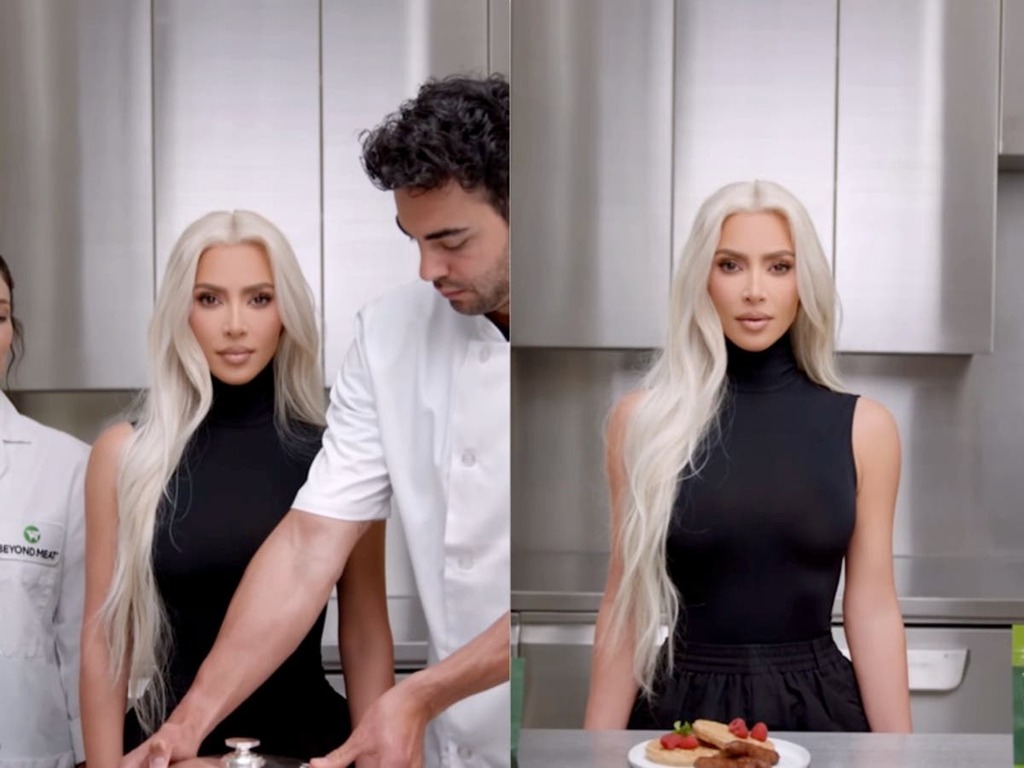 Beyond Meat Inc. signed celebrity and influencer Kim Kardashian as its "chief taste consultant," giving the plant-based burger maker a…