Family say killer turned Encrochat gangster is 'back where he belongs' 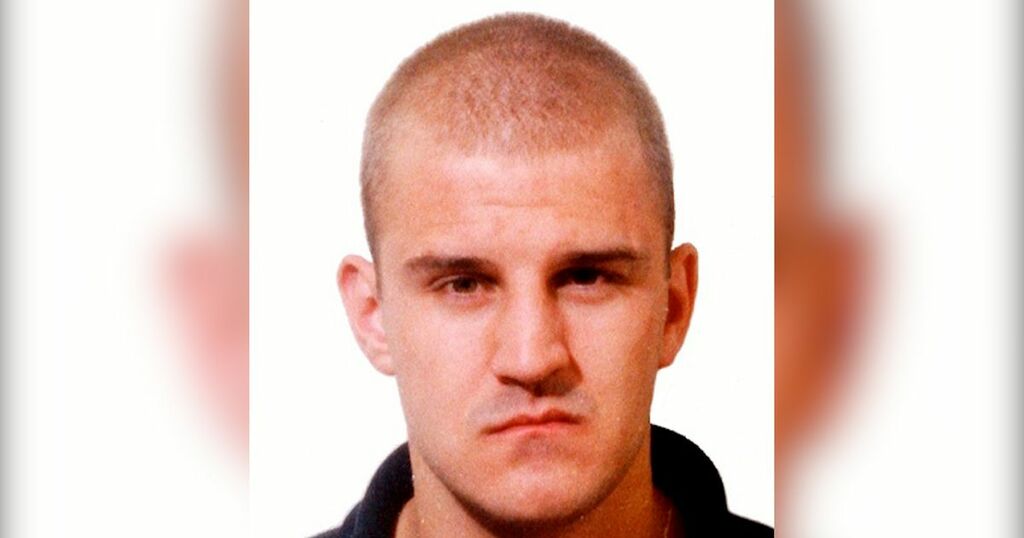 The family of a Crosby man who was stabbed to death by a thug have said the killer is 'back where he belongs' after he became involved in a gun and grenade plot.

Colin McGinty, 21, had been for a night out in Bootle when he was stabbed to death in a case of mistaken identity.

Michael Brown and Gary Hampton were jailed for life after the incident in 2001, and the trial Judge recommended they serve out a minimum term of 18 years each.

Brown, who was just 21 at the time of the murder, was released by the Parole Board in 2017.

But earlier this week it emerged that Brown had changed his name on release from prison and perpetuated his involvement in organised crime.

Brown , who changed his name to Michael Hoy, used an EncroChat phone to become a drug dealer. Brown, used the handle "TimelyBeta" and also used the phone service to try and source AK47s and hand grenades.

Brown, who was released after serving just over 16 years in prison, is now facing another very long prison sentence.

Now the McGinty family have spoken to the ECHO and welcomed the fact that Colin's killer is back behind bars.

Colin's sister Laura Hughes, speaking on behalf of her family, said: "We feel he is back where he belongs.

"The original sentence for murder should have been much longer but unfortunately at the time 18 years was the maximum that the judge could hand down.

"Brown was just 21 at the time so he ended up just serving over 16 years before returning to a life of serious organised crime.

"Throughout his sentence our family have battled against the justice system to keep Brown in prison.

"We all felt he was an extremely dangerous character and the conviction has proved that we were right.

"Once again we commend Merseyside Police for all their hard work."

Colin was walking home through Bootle with pals after a night out in the town when a VW Golf pulled up alongside them and four men jumped out.

Colin knew the area and tried to jump over a wall, but the gang caught up with him and he was stabbed 15 times.

The young joiner was rushed to hospital where he died of his injuries.

The ECHO understand Colin was mistaken for a well known gangland figure who was in dispute with Brown and Hampton.

The McGinty family told the ECHO that the murder trial at Liverpool Crown Court took place amid an atmosphere of fear. Detectives had briefed that family that the defendants were both involved in organised crime.

Earlier this week the same court hear how Brown had changed his name to Hoy on release from prison and later acquired an Encro phone.

Hoy, now 42, of Cranford Road, Cressington, and Philip Moran, 51, of Alder Street, Newton-le-Willows, who went by the name "KeptHawk", were found guilty of a string of secret plots.

Hoy was found guilty of seven offences, including conspiracies to possess explosives for an unlawful purpose; to possess prohibited weapons and ammunition; and to supply cocaine, heroin, cannabis, amphetamine and ketamine.

Stephen McNally, prosecuting, said messages recovered when EncroChat was hacked by French and Dutch police in 2020 showed Hoy and Moran had "quite clearly" traded in more than 10 kilos of Class A drugs, and in excess of 50 kilos of Class B drugs.

But he said they were also sourcing firearms and ammunition, and even exchanged photos of hand grenades for sale.

Judge Robert Trevor-Jones ordered a pre-sentence report on behalf of Moran and said all three men would be sentenced on a date yet to be fixed.

“Parole Board decisions are solely focused on what risk a prisoner could represent to the public if released and whether that risk is manageable in the community.

“A panel will carefully examine a huge range of evidence, including details of the original crime, and any evidence of behaviour change, as well as explore the harm done and impact the crime has had on the victims.

“Members read and digest hundreds of pages of evidence and reports in the lead up to an oral hearing. Evidence from witnesses including probation officers, psychiatrists and psychologists, officials supervising the offender in prison as well as victim personal statements are then given at the hearing.

“The prisoner and witnesses are then questioned at length during the hearing which often lasts a full day or more. Parole reviews are undertaken thoroughly and with extreme care. Protecting the public is our number one priority.”

A Probation Service spokesperson said: “Prison sentences are determined by independent judges. Offenders released by the Parole Board face strict licence conditions and can be returned to prison if the breach these or commit further crimes. Our staff work tirelessly to keep the public safe.”