The daughter of missing Australian woman Tahnee Shanks has been reunited with her extended family in Mexico after she was found alone in Cancun.

Tahnee Shanks was reported missing after her two-year-old daughter Adelynn was found alone outside a church in Cancun on Sunday evening, hours from home.

In a statement, Ms Shanks's family confirmed Adelynn's uncle and grandmother had reunited with Adelynn in Mexico after flying there from Queensland earlier this week.

"Our immediate goal is to get Addy, her uncle and grandmother home safely as soon as possible," the family said.

"With several hurdles and red tape, this may take some time.

The family thanked the "kind and generous people from all over the world" who had reached out to offer support.

The Australian Department of Foreign Affairs and Trade has been providing consular assistance to the family.

A spokesperson from the Queensland Police Service said the organisation was liaising with the National Missing Persons Coordination Centre and the Department of Foreign Affairs and Trade to communicate with Mexican authorities. 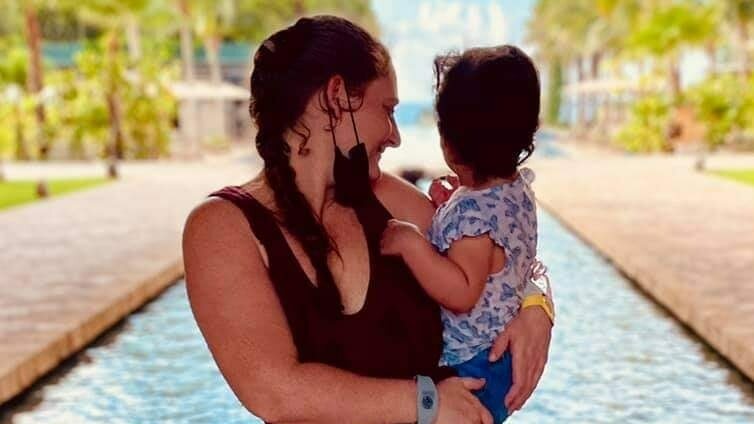 Mexican authorities are searching for missing Australian woman Tahnee Shanks, whose two-year-old daughter Adelynn was found alone on the streets…