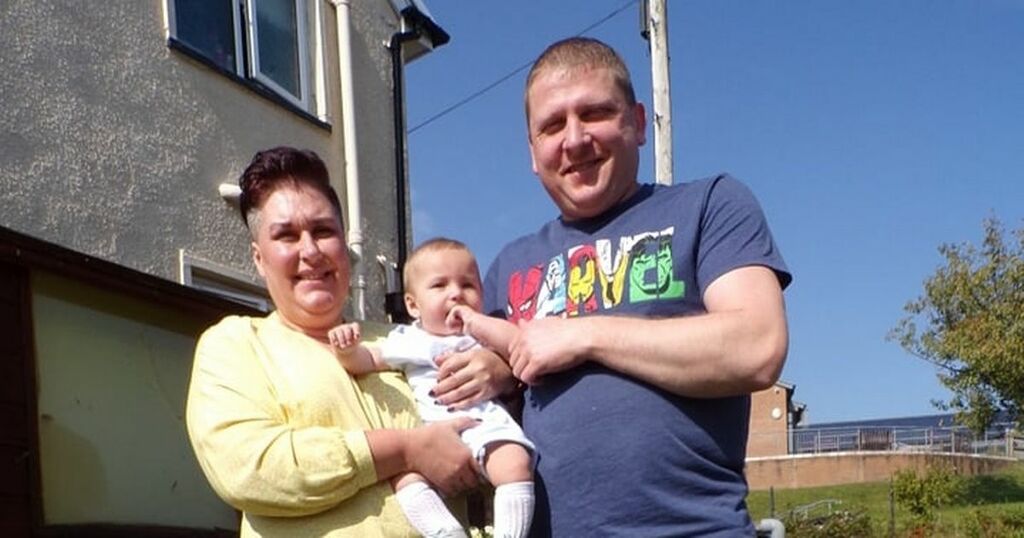 A heartbroken family has paid tribute to a "cheerful and helpful" man who died after struggling with his mental health.

Damian Poźniak was found hanging in woodland in Merthyr Tydfil by a member of public on October 1, his family said. The 42-year-old had been missing since July 13.

His step-daughter, 24-year-old Paulina Tryburcy, said Damian moved Penydarren in Merthyr from Poland with his family around 10 years ago so they could have a better life. She said he was very close with his partner, Luiza Rozwalka, 55, and their 14-year-old daughter, Wiktoria.

"He was always happy and always smiling," Paulina said. "If my mum ever had a little problem, like if her car was broken, he would always help her and tell her not to worry, it's only money. He was very helpful, if anyone needed help, he was always there for them. When Wiktoria was born, he was always there for my mum and they got even closer. He enjoyed playing on his play station and going to the beach with Wiktoria."

She said the news had come as a huge shock to the family, who were not previously aware of Damian's mental health struggle because of his "cheerful" outlook on life.

She said: "We weren't aware that he had mental health problems and he went missing about three months ago and his phone was off. Everyone was out looking for him. We had a number of searches with the police. Then on October 1 somebody was walking the dog and found his body.

"We still can't believe it. During the time he was missing, we still had hope that one day he would turn up or knock on my mum's door, or maybe he would message us on Facebook or text us to say he was alive.

"We can't believe it because he didn't show he was struggling with his mental health. Sometimes you are aware that your family member is in psychological distress, but he didn't show there was anything wrong with him."

Paulina said his daughter misses him very much and often looks at photographs of them both together to remember him.

She said: "His daughter - my sister - has downs syndrome and they were very close. He was always the first person she would go to. She was always with him everywhere he would go. She would always say, 'that's my dad'.

She keeps looking at photos of him and crying. When in school, she's occupied by her friends and teacher, but when she comes home everything comes back to her."

Paulina said she viewed Damian as a father and that he was amazing with her two young sons, 18-month-old Noe and five-year-old Antonio. She said it wouldn't be the same without him.

"He moved here 10 years ago because he wanted a better life for his family," she said. "My mum moved here first, so for a year it was just me and my sister and him and he was like a father to me - we got very close.

"I have two sons. Whenever my five year old son goes to my mother's house, he always says he wants to speak to Damian and that Damian is his favourite. He loved playing on the play station with him."

Because of the sudden and unexpected nature of Damian's death, Paulina said her family created a GoFundMe page to try and give him the best possible funeral.

Paulina said: "We set up the GoFundMe page because of the circumstances. My mother wasn't ready for it and didn't have savings prepared. Because of the way he died, she said she wants the last thing for him to be something beautiful."

On the page, Paulina's mother and Damian's partner, Luiza, wrote: "Always a smiling and cheerful man who helped anyone at any time. He came to England to work to ensure his family the best possible living. Despite the obstacles that life threw at his feet, he did not give up and pushed forward. It was all interrupted by his sudden death. Nobody was ready for this, especially his family."

To get the latest news from Merthyr Tydfil click here.