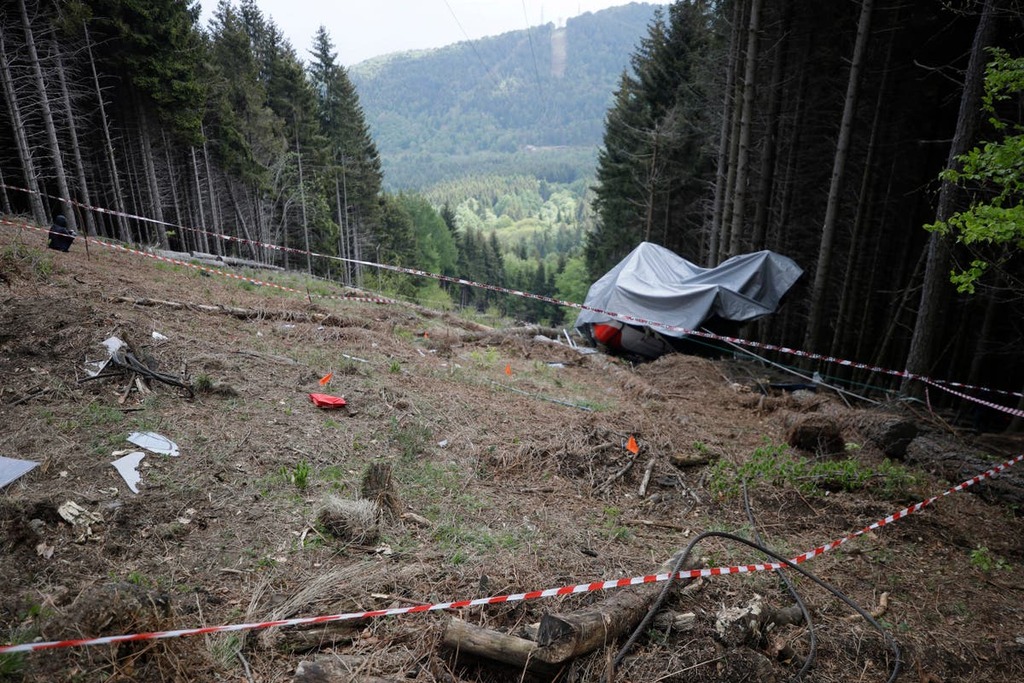 The Italian family of a six-year-old boy – the only survivor of a cable car crash – has petitioned an Israeli court after the child was taken to Israel by his grandfather in a suspected kidnapping.

Eitan Biran was the only survivor of the cable car crash in Piedmont that killed 14 people in May, including his parents, his two-year-old brother, and two of his great-grandparents.

Following the tragedy, and a lengthy recovery in hospital, an Italian youth court ruled that Eitan could live with his paternal aunt, Aya Biran, near Pavia, in northern Italy.

Ms Biran said that on Saturday, Shmuel Peleg, Eitan’s paternal grandfather, picked the boy up for a pre-planned visit but failed to return him by dinner time. She then proceeded to file a police report.

Italian media reported that Mr Peleg drove Eitan across the border into Switzerland where a private jet was waiting to fly them to Israel.

Israel’s Channel 13 reported that Eitan’s family in Italy filed a petition with the Tel Aviv family court for the boy’s return, but no further details were available.

Eitan’s grandfather’s lawyers issued a statement acknowledging that Mr Peleg had taken the boy to Israel. It said that Mr Peleg “acted on impulse” out of concern for his grandson’s health, after he had been excluded from legal proceedings related to Eitan’s custody.

A source has said that prosecutors back in Pavia have opened a kidnapping investigation, but the prosecutors’ office declined to comment, Reuters reported.

Lawyer Armando Simbari, who is representing Ms Biran in Pavia, said he was confident that the boy would be returned.

“We know there are legal instruments to bring back a child who was taken from his home in this fashion… There are international norms … signed by Israel,” he said.

But Gali Peleg, Eitan’s maternal aunt in Israel, has claimed that the boy was being held hostage in Italy, and has denied that any crime has been committed.

“We did not abduct Eitan,” she told an Israeli radio station. “What happened is that we brought Eitan home … I am only speaking to clarify that we have acted for the good of Eitan.”

Ms Peleg refused to say exactly where the boy was but confirmed that Eitan had arrived in Israel on Saturday.

She added: “We are caring for his emotional state and health”.

On Monday, Italy’s foreign minister, Luigi Di Maio, said: “We are investigating what happened and will then take action”.

The cause of the cable car crash that killed much of Eitan’s immediate family is still under investigation, but prosecutors believe the emergency breaks may have been tampered with.

Fifteen people were aboard the car in the town of Stresa, next to Lake Maggiore, when the lead cable of the car snapped. The emergency break then failed to prevent the car from sliding backwards down the support line. The car then came off the line entirely before colliding with a support pylon and crashing to the ground.

With additional reporting from Reuters