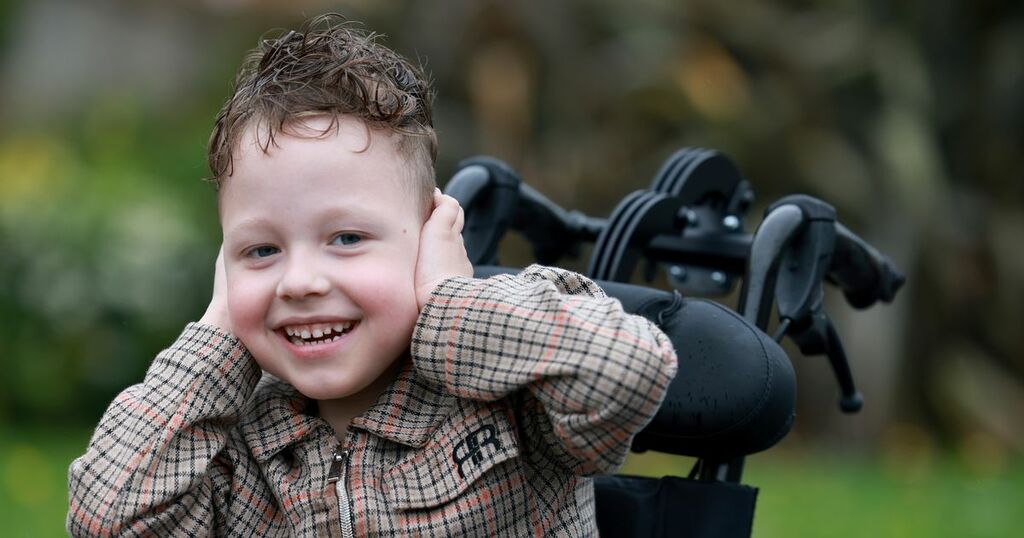 Kaylan Gibson, six, has a wide range of medical conditions, including cerebral palsy, and has previously injured himself falling out…

Kayley Thompson, from Pelton, County Durham, is unhappy with the NHS and her council after social workers reportedly said a…

"It will be such a valuable space for many."

The family of a young boy from County Durham with the mental age of a one-year-old is appealing for help to raise money for a sensory garden so that he can enjoy a holiday at home.

Kurt Jackson, from Perkinsville, near Chester-le-Street, is unable to go on trips or holidays as public places upset him. The seven-year-old was diagnosed with autism at the age of two and has severe learning disabilities, with the mental age of a 12-month-old.

His parents Colin and Louise Jackson said Kurt would "run away" if there is too much noise or too many people and said going on holiday is "impossible". However, Kurt loves the beach and Louise said she doesn't want her son to miss out on the things he loves.

And so Kurt can enjoy a holiday at home, Louise wants to raise money for a sensory garden filled with all his favourite things. Louise, 37, said: "Kurt can't go on holiday, that is totally impossible. If we take him out to the soft play or the beach he just runs away and he can't really enjoy anything.

"Kurt has severe autism so he's in a special needs school and life is very tough for him. He has a routine and if we stick to that it's great but if he's not in his routine he has a massive meltdown.

"Going to the beach, he loves the sand but there's too much noise and too many people and he would just run away. It's going to be really hard with summer coming up because he can't do things that other kids are doing.

And to help raise some money to go towards the garden, Kurt's older brother Chase is doing a sponsored bungee jump through the Bradley Lowery Foundation. The caring 16-year-old is taking on the huge challenge in the middle of his GCSEs and has left his parents bursting with pride.

Louise said: "Chase is an adrenaline junkie and he said he would love to do a bungee jump plus it's helping his little brother too. He's doing that on June 5 which is right in the middle of his GCSEs but he's trying so hard to do both.

"I told him: 'You are absolutely amazing', because he should be knuckling down for his GCSEs but he wants to fundraise for his little brother. He's obviously grown up with Kurt and he knows how much it affects him and he wants to help. Not many 16-year-olds would do that. We're so proud."

A spokesperson for the Bradley Lowery Foundation said: "Kurt and his family were fundraising for a safe space bed, with the support of the local community, family, and friends, Kurt's parents managed to raise what was needed to get Kurt the bed. They have noticed a huge difference since having the bed.

"Because of the quick turnaround in raising funds for the bed, Kurt's family are continuing to fundraise to now make their garden safe for Kurt in the summer, with the high level of support Kurt requires, holidays are something the family struggle to access, so having a safe garden area means the whole family can enjoy the weather in the summer, knowing Kurt is safe in his own surroundings."

The bungee jump will take place on June 5 from a 160-foot viaduct at Whitby. If you would like to donate to the Just Giving page, you can do so here.

DurhamAutismChaseBradley Lowery Foundation
Sign up to read this article

Kaylan Gibson, six, has a wide range of medical conditions, including cerebral palsy, and has previously injured himself falling out…

Kayley Thompson, from Pelton, County Durham, is unhappy with the NHS and her council after social workers reportedly said a…

"It will be such a valuable space for many."