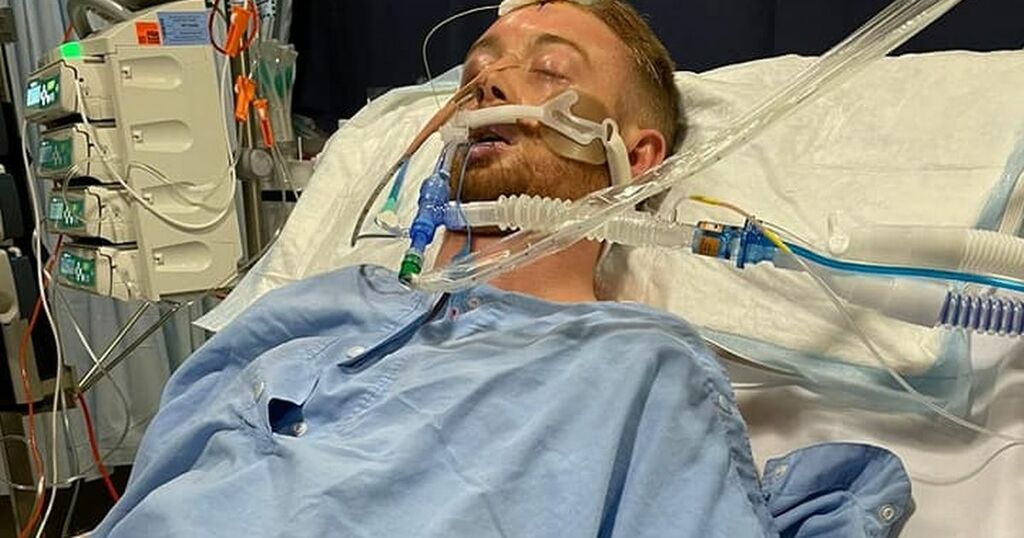 The family of a British man in coma after a harrowing one-punch attack are 'over the moon' that they can now fly to his bedside in Australia.

Danny Hodgson, who moved to the country from the UK when he was 18 to play football, was struck on the back of the head on Saturday night while walking home in Perth.

The 25-year-old's parents pleaded for two plane tickets to Australia so they can see their son in hospital.

They say the country's strict Covid border controls left them in a "desperate situation" but a fundraising page has allowed them the chance to fly to him.

His parents say "one act of violence has spurred thousands of acts of kindness" and will fly out to be with him in hospital.

The rest of the money will go towards aiding his recovery.

Mum Nicola Hodgson wrote on the page: "It’s incredible that in 24 hours we have been able to achieve the impossible.

"I cannot thank everyone enough who has been involved. Our prayers have been answered and we have confirmed flights to Australia.

"Danny still has a long journey ahead of him but the fact that me and Peter will be by his side through it gives us enormous comfort.

"It’s the most emotional experience I’ve ever had. One act of violence has spurred thousands of acts of kindness and for that we will be eternally grateful.

"In the meantime, Danny’s amazing friends in Australia have been brilliant and his good friend Steve has kindly set up a GoFundMe page, which again we are eternally thankful for! Many of you have offered to support us already so if you would like to do so, the link is below.

"This money will go directly to Danny and supporting every element of his recovery."

A 15-year-old boy was arrested on Tuesday in connection with the attack, and has since been charged with grievous bodily harm.

The boy is due to appear in Perth Children's Court on September 22.

Mr Hodgson walking home on Saturday night after spending time with his football team when he was jumped in an unprovoked attack.

The sportsman was left for dead before being found and rushed to Royal Perth Hospital for emergency surgery due to bleeding to the brain and a brain fracture.

He then took a turn for the worse the following day when he suffered a severe brain haemorrhage, requiring more surgery.

The Brit is now in an induced coma that could last for weeks or even months with his distraught parents desperate to be by his side.

Danny was struck on the back of the head, leaving him with severe head injuries.