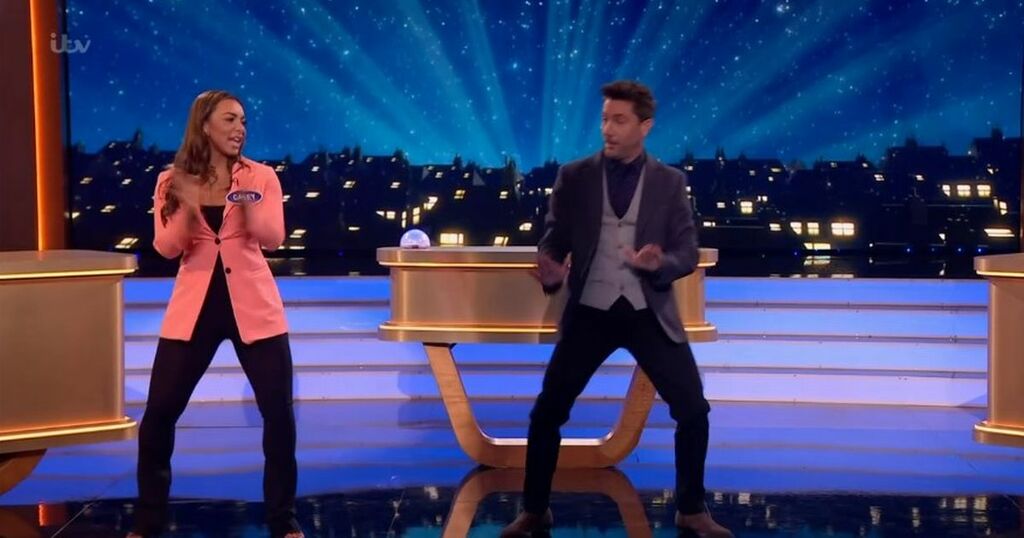 The Mahadeo and Garvey family were playing against each other to try and win some cash.

After a few rounds of both trying to guess the most popular responses to survey-based questions posed to 100 people, one of the Mahadeo family taught Gino something new.

The celebrity chef asked Casey Mahadeo to show him how "to Zumba".

The dance instructor was all to happy to show him, and began thrusting and shouting "pump it!".

When Casey told him to "shimmy", Gino looked confused and wanted to know what "Jimmy" meant.

Viewers quickly took to Twitter to give their verdicts.

Another wrote: "Improv dance offs, got to be #FamilyFortunes"

A third said: "I don't know about anyone else but I'm jimmying"

A member of each of the Cooper and Serghiou families went up to the hot seat and were asked the question: "Which accent do people find the most attractive"

Italian Gino beamed but the smile soon left his face as the contestant quickly buzzed in with "French".

Gino looked devastated and asked her why she would say that first.

French was voted the second most attractive accent and Gino said: "If the top answer isn't Italian I'm gone, I'm walking out of the studio, you're on your own."

*Family Fortunes airs on Sundays at 7pm on ITV