The family of Celia Marsh, who suffered fatal anaphylaxis after eating a Pret a Manger “vegan” wrap contaminated with milk protein, have called for it to be made much easier for bereaved relatives to be legally represented at complex inquests.

Marsh’s relatives believe that in cases like theirs, involving powerful companies, convoluted supply chains and challenging science, it would be impossible to get to the truth of what happened without full legal backing from an early stage.

Marsh, 41, from Melksham, Wiltshire, who had a severe dairy allergy, died two hours after eating a “super-veg rainbow flatbread” bought from a Pret in Bath during a post-Christmas shopping trip in 2017.

During a two-week inquest in Bristol, a complicated supply chain, which involved companies in three countries, and difficult medical evidence emerged. More than 5,000 pages of documents were disclosed and 33 witnesses gave evidence.

Gareth Gower, Celia’s brother, told the Guardian it was “startling” to think that some families do not have legal support for cases like theirs.

He said: “No family can ever be prepared for the harrowing experience of the coronial system. To try and navigate it, while also grieving for the loss of a loved one, is unfathomable.

“Cases like Celia’s are extremely complicated, requiring highly specialist experts in pathology, allergy and respiratory medicine and environmental health. How could it be remotely possible for a family to [properly question] these witnesses without lawyers on their side?”

There is no automatic public funding for a family’s legal costs at an inquest, though public funding is sometimes available depending on financial circumstances and the nature of the death. Marsh’s family managed to get help from the legal firm Leigh Day, which specialises in allergy cases.

“We as a family feel we would not be in a position to elicit positive change, and aid the prevention of future tragedies, had the failings in the food safety process not been uncovered by our expert legal team. It is clear to us that the system for legal funding of families in the coronial system is simply not fit for purpose.”

Other families who have lost loved ones after allergic reactions have expressed frustration at how these often very complex cases are handled in coroner’s courts.

The family of Owen Carey, who was allergic to dairy and died an hour after eating chicken marinated in buttermilk at a restaurant on his 18th birthday, have previously said the process was “chaotic”.

Nadim Ednan-Laperouse, whose 15-year-old daughter, Natasha, died in 2016 after eating a Pret baguette containing sesame seeds, said on Friday: “In the 18 months after Natasha died, we spent most of our own savings on legal fees, trying and failing to navigate the complex coronial system. We didn’t know where to turn as the money ran out.”

They too went on to be represented by Leigh Day. “We know that other families have ended up in coroner’s courts with little or no legal representation,” said Ednan-Laperouse.

Michelle Victor, a partner at Leigh Day specialising in food safety, said: “Families who do not have legal representation can be subjected to a stark power imbalance in the coronial court.

“Allergy-related deaths are not always properly investigated through the coronial process and they can be mistakenly recorded as natural deaths if families do not have legal representation.”

• The headline of this article was amended on 23 September 2022. Celia Marsh died from an allergic reaction to a dairy product, not nuts. 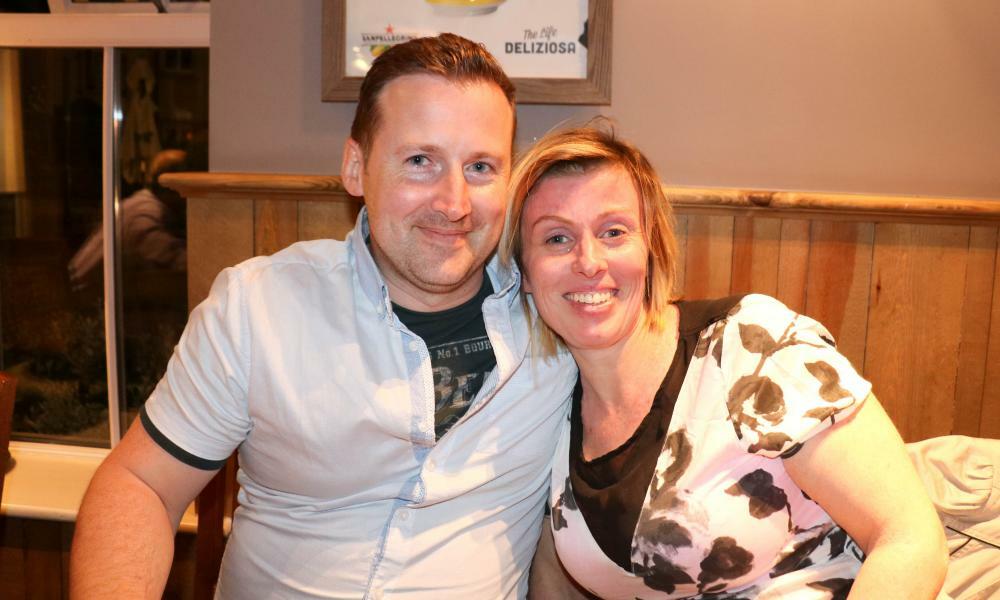 Families need help with inquests, say relatives of woman who died of dairy allergy
Relatives of Celia Marsh, who had fatal anaphylaxis after eating a Pret ‘vegan’ wrap, say legal funding should be available…

The Guardian - UK
From analysis to the latest developments in health, read the most diverse news in one place.
Mother-of-five died after eating Pret a Manger vegan wrap contaminated with traces of milk, coroner rules

Celia Marsh, 42, suffered anaphylaxis shortly after eating super-veg rainbow flatbread while on post-Christmas shopping trip with her family in…

Mrs Marsh, who had an acute dairy allergy, died after eating a Pret a Manger sandwich containing a vegan yoghurt…

We'll be bringing you the very latest updates, pictures and video on this breaking news story

Daily Mirror
One place to find news on any topic, from hundreds of sites.
Woman died after eating Pret a Manger sandwich contaminated with milk

The family of Celia Marsh, 42, said her death was 'entirely avoidable'