A Hong Kong-flagged racing sailboat that led its skippers to win multiple contests around the world came under attack Thursday off the coast of war-torn Yemen, with its crew reportedly targeted by militants who fired warning shots and threatened them with rocket-propelled grenade launchers.

The Lakota, a 62-foot (19-meter) trimaran recently purchased by famed French yachtsman Philippe Poupon, found itself attacked off the coast of Hodeida. The attack began Thursday morning, when three ships carrying militants in civilian clothes chased the vessel, according to a European Union naval force in the region.

The militants fired some 20 warning shots and displayed assault rifles and the rocket-propelled grenade launchers, the EU force said. One assailant boarded the Lakota as well, though he jumped overboard after realizing there was no money on the vessel and that he was far from his comrades' ships, said Capt. Miguel Lorente Navarro, a spokesman for the EU force.

Dryad Global, a maritime intelligence firm, told The Associated Press that the vessel involved was the Lakota. Lloyd's List Intelligence identified the ship as the trimaran, or a three-hulled racing vessel, as did the EU force.

The EU force later released a photo of the trimaran that showed three people aboard the vessel. The EU forces reached the Lakota later Thursday with a helicopter flown off the Italian frigate Carlo Bergamini. The EU force said the crew was safe.

Dryad said that those on board had escaped into international water. Satellite-tracking data from MarineTraffic.com analyzed by the AP showed the Lakota just west of the Hanish Islands in the Red Sea between Eritrea on the African continent and Yemen on the Arabian Peninsula.

The ship had been docked in Djibouti, tracking data showed. The vessel had not turned on its Automatic Identification System tracker, a safety device that broadcasts a ship's location to protect it from being run into by other vessels.

Dryad described the turned-off tracker as “very strange,” given that the Red Sea is a major international shipping route.

“Several attempts were made to board her,” Dryad said. “Reports indicate she managed to get away.”

The U.S. Navy’s Mideast-based 5th Fleet said it was aware of the attack, but declined to comment further.

The Lakota, formerly the Pierre 1er, won its skippers a number of races. American tycoon and adventurer Steve Fossett once owned the ship.

The Lakota had been listed for sale around 250,000 euros ($263,000) up until earlier this year. In interviews with French sailing media, Poupon said he purchased the vessel and planned to sail it in the solo La Route du Rhum race. He said it would be sailed from the Philippines to the Mediterranean.

Earlier ship tracking data from February show the Lakota leaving the Philippines before appearing in Djibouti this Sunday. It remains unclear who was aboard the ship, which can take five crew.

Poupon, who had recently been on an Antarctic expedition with his family, could not immediately be reached for comment.

The incident marked the latest at-sea attack amid Yemen's war. In January, the Houthis seized the Emirati ship Rwabee. The Houthis described the vessel as carrying military weapons, while the Saudi-led coalition described it as carrying disassembled hospital equipment.

The ship's Indian crew were released last month after the Houthis and the Saudi-led coalition reached a truce during the Muslim holy fasting month of Ramadan. The fragile truce is still ongoing now. 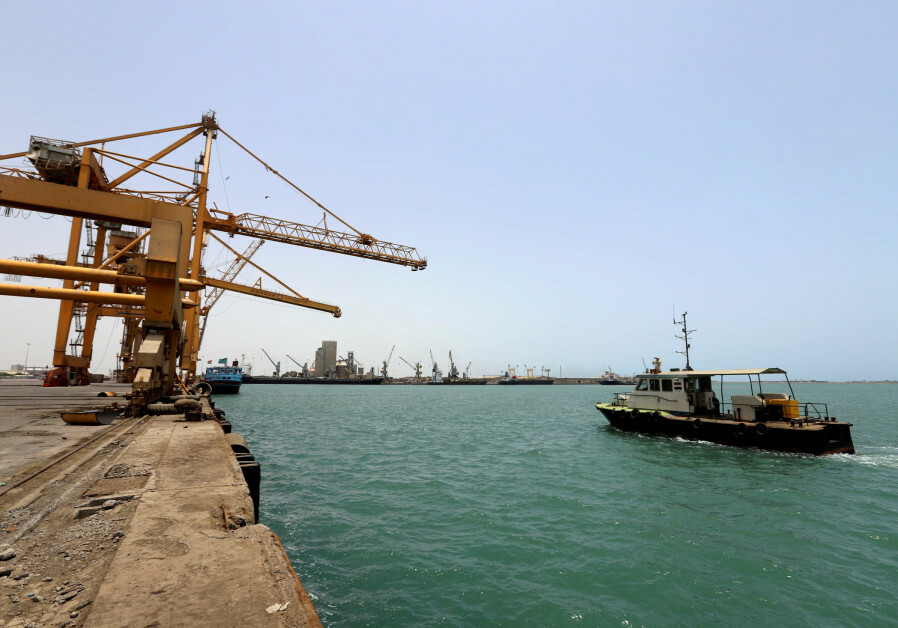 Ship attacked in the Red Sea near Yemen - report
Exact information about the status and location of the LAKOTA as of Thursday afternoon was unavailable.

The Jerusalem Post
One subscription that gives you access to news from hundreds of sites
UN envoy: Talks on now to extend Yemen's 2-month cease-fire

With just two weeks left in Yemen's two-month cease-fire, the U.N. envoy to the war-torn country says talks with the…

HBO Max's comedy chronicles the life of a gentleman pirate who runs into Blackbeard, played by Taika Waititi