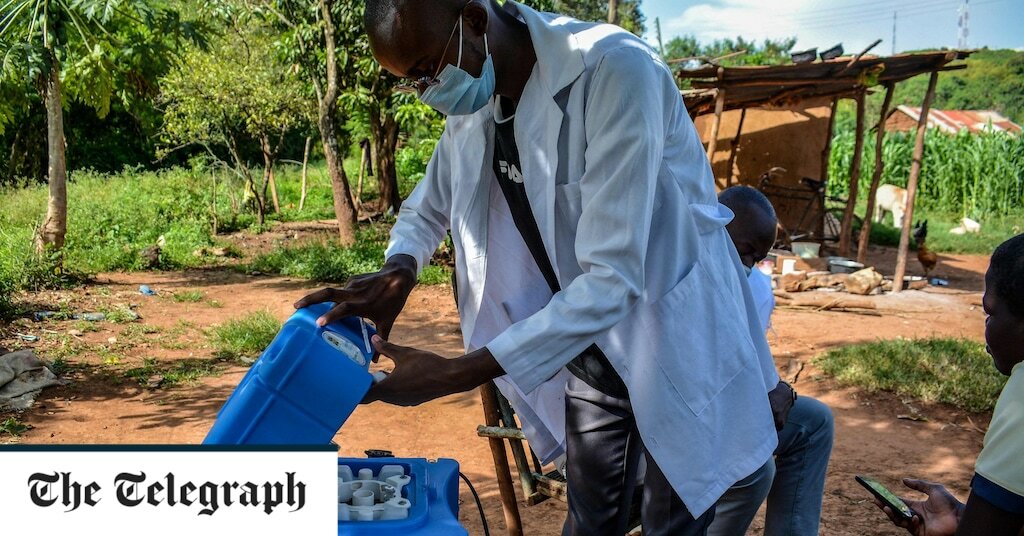 The head of the United Nations has called for an additional $8 billion to ensure that 40 per cent of the world is vaccinated by the end of the year.

Speaking at the launch of a World Health Organization plan that sets out how to vaccinate 70 per cent of the global population by the middle of 2022, UN Secretary general Antonio Guterres said if the virus is allowed to spread "like wildfire" in the world's poorest nations new variants will emerge.

"And all the vaccination effort made in developed countries will fall apart, and these people will not be protected," he warned.

"With vaccine production now at nearly 1.5 million doses per month, we can reach 40 per cent of people in all countries by year's end if we can mobilise some $8 billion to ensure that distribution is equitable."

So far, more than 6.3 billion doses of vaccine have been administered globally but 75 per cent of these doses have been given to people in high income countries - which make up half the world’s population.

More than half of the world has yet to receive at least one dose of a Covid-19 vaccine, according to Our World in Data, and less than five per cent of Africans have been fully vaccinated. Last week the WHO revealed that around three quarters of countries in Africa had missed a target to vaccinate 10 per cent of their populations by the end of September.

Dr Tedros Adhanom Ghebreyesus, director general of the WHO, described these figures as a "horrifying inequity" and said the problem was not one of supply.

"It is an allocation problem...with global vaccine production now at nearly 1.5 billion doses per month there is enough supply to achieve our targets provided they're distributed equitably," he said, adding that the WHO has "no power" to force higher-income countries to share their more of their supplies with lower-income nations.

The WHO previously called for a moratorium on booster doses until the end of 2021 so vaccines could be shipped to parts of the world where many at-risk people remain unvaccinated. However, this call has largely fallen on deaf ears with countries such as the UK planning to administer third doses.

In the global vaccination plan WHO calls on richer, well vaccinated countries to divert deliveries of vaccine to Covax, the global vaccine sharing initiative; fulfil their pledges on vaccine donations and commit to donating extra vaccines.

Vaccine manufacturers have also been urged to allow the transfer of technology so other companies can make jabs and scale up manufacturing.

They have also been asked to prioritise and urgently fulfill Covax vaccine contracts, be transparent about monthly production data and give clear monthly schedules for supplies to Covax and low and low-middle income countries.

Dr Tedros also questioned why countries had been unable to agree on a temporary waiver of intellectual property rights on Covid-19 vaccines and therapies at the World Trade Organization.

"If we cannot use it now during this unprecedented situation, when do we use the TRIPS waiver?" Dr Tedros said. "Why do we even, in the first place, have these IP waivers ... if we're not going to use it in such conditions? Manufacturers and governments should really ask themselves this question."