Factbox: Why is Venice flooding so often?

ROME (Reuters) - Flood-tides in Venice hit their highest level in more than 50 years this week, inundating parts of the lagoon city under almost two meters of water and raising fears of irreparable damage to historic treasures including Saint Mark's Basilica.

The phenomenon of floods, "acqua alta" in Italian, is caused by a combination of factors, exacerbated by climate change -- from rising sea levels and unusually high tides to land subsidence that has caused the ground level of the city to sink.

It has been accelerating markedly in recent decades. This week, the Byzantine Saint Mark's Basilica was flooded for the sixth time in 1,200 years -- but the fourth in the last 20.

Construction began on a sea defense system in 2003 but, after prolonged delays, it is not expected to begin operating until the end of 2021.

Here are some of the factors behind the flooding:

The sea level around Venice has been rising steadily for decades, a phenomenon which has been accelerated by climate change. The mean sea level is now estimated to be more than 20 cm higher than it was a century ago.

At the same time, the city's ground level has been gradually sinking, by an estimated one millimeter a year, owing to the soft and shifting geological terrain on which its foundations are built. That was made worse over decades by local industries around Venice pumping groundwater from the acquifer under the lagoon until they were forbidden to do so in the 1970s.

Venice, built on a collection of small islands within a saltwater lagoon off the northeastern coast of Italy, has always lived with tides that usually create variations of around 50 cm in sea levels but which can sometimes be more extreme.

Scirocco winds blowing from the south east can drive water into the lagoon, much of which is made up of marshes and mud flats. When high tides coincide with strong winds and a low pressure system, the effect can be unpredictable and extreme. 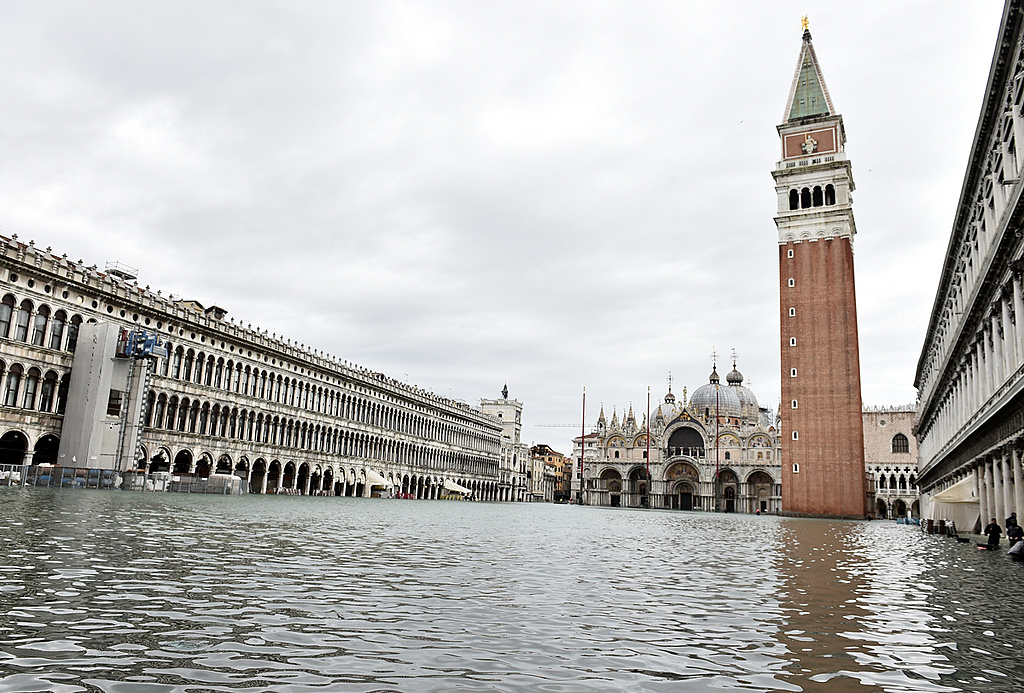 Reuters
From analysis to the latest developments in health, read the most diverse news in one place.
Climate change, human activity rub salt into Venice's wounds

SINGAPORE (Reuters) - Extreme floods in Venice, fires in Australia and even an outbreak of plague in China have been…

The New Zealand Herald
One place to find news on any topic, from hundreds of sites.
Two people die as Venice floods at highest level in 50 years

An incredibly high tide in Venice has flooded the city, the highest in 50 years.Two people have died and hundreds…