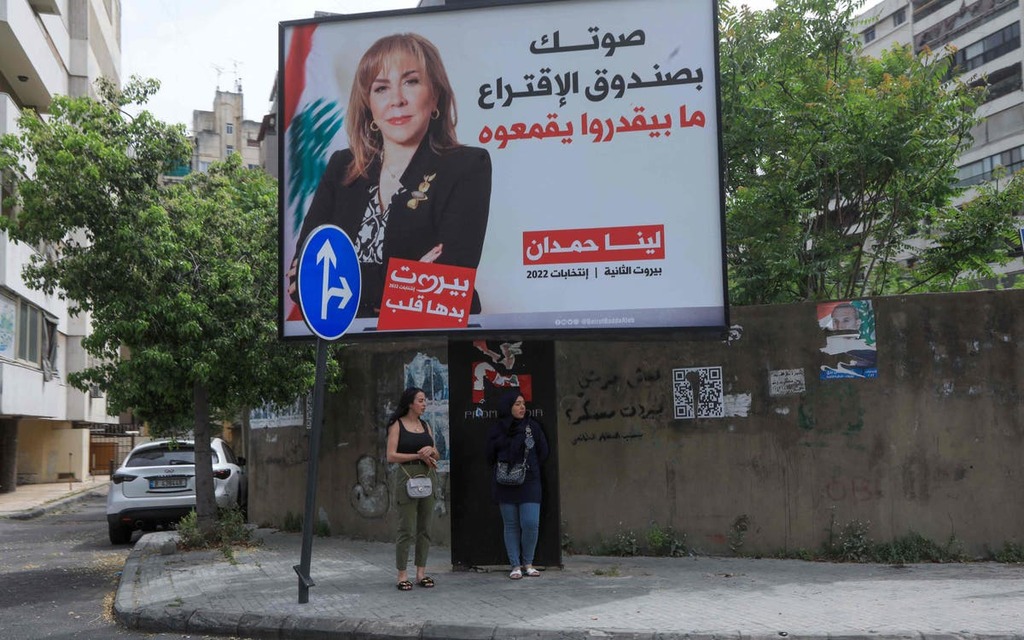 Lebanon is desperate for change but Sunday’s election is unlikely to help
Scarred by crisis after crisis, the Lebanese go to the polls with no end in sight to the political paralysis

Lebanese voted on Sunday in the first parliamentary election since the country's economic collapse, with many saying they hoped to…

Reuters
Hezbollah weapons at the heart of Lebanon's elections Sunday

The Independent UK
One subscription that gives you access to news from hundreds of sites
Scarred by crisis, election newcomers aim to unseat Lebanon's elite 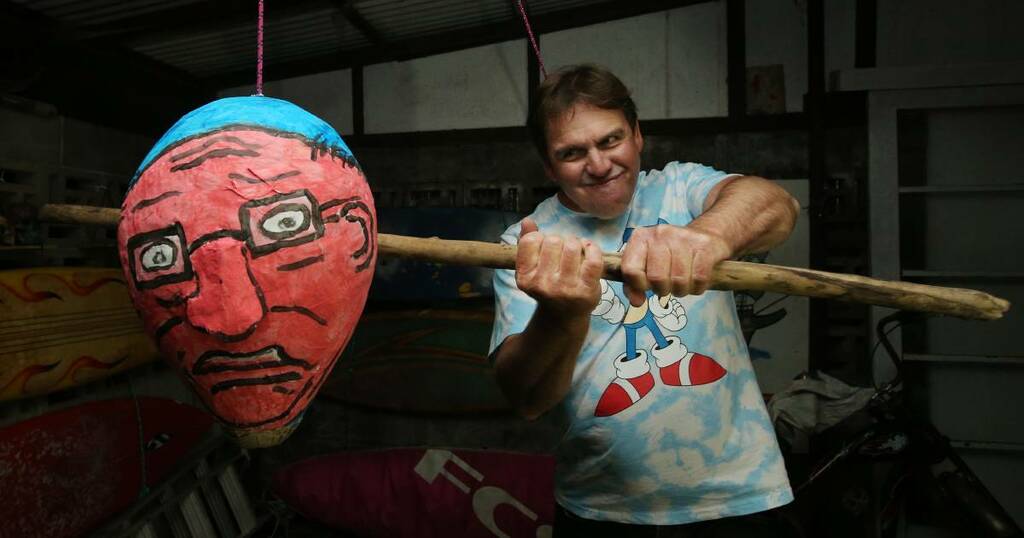 Newcastle Herald
Read news from The Economist, FT, Bloomberg and more, with one subscription
Learn More
What M23's on-and-off insurgency tells us about DRC's precarious search for peace

Since March 2022, fighting has escalated in eastern Democratic Republic of the Congo (DRC) between the army and the rebel…

On 8 March 2022, Ugandan politics was sent into a spin by 49 words tweeted by President Yoweri Museveni’s only…

The Conversation
Angola's ruling party faces united opposition in upcoming poll. But it's pushing back

The Conversation
From analysis to good news, read the world’s best news in one place
Big conservative push in Hunter electorate gains some ground but fails to fire

Newcastle Herald
Swing when you're winning: how Labor won big in Western Australia

Western Australia’s promise to be the kingmaker on federal election night has finally been delivered.

Factbox-Who is running in Lebanon's election?

Lebanon holds a parliamentary election on May 15, with candidates vying for 128 seats that are divided among 11 religious groups according to a sectarian power-sharing system.

The vote takes place against a backdrop of devastating economic collapse and a boycott by leading Sunni Muslim politician Saad al-Hariri.

Here are the main players:

Heavily armed, Shi'ite Muslim Hezbollah is Lebanon's most powerful faction. Founded in 1982 by Iran’s Revolutionary Guards, Hezbollah is deemed a terrorist organisation by Western nations including the United States. The European Union classifies its military wing as a terrorist group, but not its political arm.

Hezbollah's military capabilities have grown since it entered the Syrian war in support of President Bashar al-Assad. The group's political sway at home has also expanded since 2018 when, together with allies, it won a parliamentary majority.

Its influence over state affairs has surfaced in different ways, including through control of the health ministry, which has one of the biggest state budgets, from 2018 until 2021.

Hariri attributed his decision not to run partly to Iranian influence - a reference to Hezbollah - that has strained Lebanon's ties with Gulf Arab states.

The Shi'ite Amal Movement is led by Nabih Berri, 84, who has been speaker of parliament since 1992. Berri has been one of Lebanon's most powerful figures since the 1975-90 civil war in which Amal was a major combatant.

Amal views Hezbollah's arsenal as an asset to Lebanon and has sided with the group in conflicts with Lebanese adversaries who want it disarmed.

Aligned with Syria and Iran, Amal's foreign ties reflect Hezbollah's, though Hezbollah's links to both run much deeper.

Hariri's boycott has turned Sunni politics on its head.

Prime Minister Najib Mikati - another Sunni heavyweight and billionaire tycoon - is not running either.

Some Future members have quit the party to run.

Anti-Hezbollah hawk Fouad al-Siniora, a former prime minister and Future member, is supporting candidates but not running himself.

Hezbollah has numerous Sunni allies who could benefit from the fracturing of Sunni politics. They include the Ahbash movement, which has historic ties to Damascus.

The FPM was founded by Maronite Christian politician Michel Aoun, a former army commander who led one of two rival governments in the final years of the civil war and has been president since 2016.

The FPM has been parliament's largest Christian bloc since Aoun returned from exile in 2005. It has been allied to Hezbollah since 2006, saying its weapons have defended Lebanon. Critics say this has gifted Hezbollah Christian political cover.

The FPM is led by Aoun's son-in-law, Gebran Bassil. Washington imposed sanctions on Bassil in 2020, accusing him of corruption and helping Hezbollah destabilise Lebanon. Bassil called the sanctions unjust and politically motivated.

Some analysts believe the FPM could lose votes to Christian rivals because of its prominent role in government before and during the financial collapse.

The LF led by Maronite Christian Samir Geagea emerged from a powerful civil war militia of the same name. The LF is one of Hezbollah's most vociferous opponents.

The LF has stayed out of government since 2019 when then-prime minister Hariri quit during nationwide protests against the political elite.

The LF has strong ties to Saudi Arabia and may benefit from any loss of support for the FPM.

It backed lists running against Hezbollah in the country's south, usually a stronghold for the Iran-backed group, but candidates began dropping off those lists as the vote drew nearer.

Geagea led the LF through the final years of the war after the 1982 assassination of Bashir Gemayel, its founder. Geagea is the only Lebanese leader to serve jail time over civil war violence. The rest benefited from an amnesty.

Led by the Jumblatt family, the PSP is Lebanon's strongest Druze faction. Walid Jumblatt handed the party reins to his son Taymour in 2018, but remains closely involved.

Jumblatt has been critical of Hezbollah's growing influence and arsenal, and says Lebanon had been pulled away from its natural place in the Arab world - criticism of Iran's influence.

Jumblatt, a major figure in the civil war, has good ties to Saudi Arabia.

The PSP faces challenges from several Druze factions that have close ties to Hezbollah and the Syrian government, including Talal Arslan and Wiam Wahhab.

Marada is led by Maronite Christian politician Suleiman Franjieh, a close Hezbollah ally and a friend of Syrian leader Assad. Franjieh is seen as a contender to replace Aoun as president later this year.

Marada's support is concentrated in northern Lebanon, near Franjieh's ancestral home at Zgharta.

The Kataeb is led by Maronite Christian politician Samy Gemayel, who took over the leadership from his father, former President Amin Gemayel.

Sami Gemayel moved to the fore after the assassination of his brother, Pierre, in 2006 during a wave of killings targeting opponents of Syrian influence in Lebanon. The Kataeb opposes Hezbollah and its weapons. Its MPs resigned from parliament in the aftermath of the Beirut port blast in 2020, and the party has sought to create a reform-minded coalition to run in the elections.

The election is also being contested by a smattering of parties opposed to the traditional ruling elite. Some have run before, and others are venturing into electoral politics for the first time.

Despite months-long negotiations, the different groupings were unable to form a unified electoral platform or coalition to run at a nationwide level.

Only one, a secular party founded in 2016 by a former minister and known as Citizens in a State, is running lists under a single banner across multiple districts.

The rest have cobbled together lists on a district-by-district level. Some districts have multiple opposition coalitions running against each other, diminishing their chances.

Lebanon is desperate for change but Sunday’s election is unlikely to help
Scarred by crisis after crisis, the Lebanese go to the polls with no end in sight to the political paralysis

Lebanese voted on Sunday in the first parliamentary election since the country's economic collapse, with many saying they hoped to…

Reuters
Hezbollah weapons at the heart of Lebanon's elections Sunday

The Independent UK
One subscription that gives you access to news from hundreds of sites
Scarred by crisis, election newcomers aim to unseat Lebanon's elite