The European Union's top court will rule this week on challenges by Poland and Hungary to a new tool that would cut funding by the 27-nation bloc for members that flout democratic values.

Wednesday's ruling will mark a milestone in the EU's feud with Poland and Hungary's populist rulers, criticised for curbing the rights of women, LGBT people and migrants, and for stifling the freedom of courts, media, academics and NGOs.

The Luxmbourg-based European Court of Justice (ECJ), the bloc's highest court, is expected to dismiss the challenges, in line with an initial legal opinion in December.

The ECJ's final rulings cannot be appealed. The announcement will be livestreamed from 0830 GMT on Wednesday.

Here is what is at stake in the battles over democratic norms in the EU.

HUNDREDS OF BILLIONS OF EUROS

Should the ECJ uphold the new powers, it would reaffirm the bloc's strongest tool yet to prevent shared spending from benefiting those breaking liberal democratic laws.

The so-called "conditionality mechanism" could affect any part of the EU budget, worth 1.8 trillion euros ($2 trillion) for 2021-27.

Should the ECJ grant the challenge, which an EU official said would be "extremely surprising", it would mark a major victory for Warsaw and Budapest and mean the EU cannot use the "cash-for-democracy" sanction in the current form.

Wealthier EU member states pushed for the tool in return for agreeing to debt sharing across the bloc to raise emergency stimulus in the COVID pandemic, a landmark deal for the EU.

The Netherlands and allies demanded solid guarantees that such funding would not support governments restricting human and civil rights.

The enmity between Warsaw, Budapest and EU core damages the bloc's cohesion, making it harder to agree on issues like climate and taxes.

The tensions also weaken the EU's hand vis-a-vis Russia and China and affect its standing as the international torchbearer for rights and values.

Hungarian Prime Minister Viktor Orban has used the issue to suggest the bloc could split further, after Brexit.

"The European Union only has a future if we can stay together in spite of our growing cultural estrangement," he said.

Rule of law disputes have already blocked Poland's access to 36 billion euros in EU pandemic recovery funds, a sum equal to nearly 7% of the country's GDP.

"Without EU money, Poles will become poorer for decades to come. Others will move forward while we will increasingly stay behind," said economist Alicja Defratyka.

Since joining the bloc in 2004, Poland has been a top beneficiary of EU funding, helping the largest ex-communist EU country avoid recession in the global economic crisis and weather the pandemic's economic fallout.

At stake is more than 75 billion euros Poland is eligible for from the bloc until 2027, including for climate, digitalisation and the health sector, areas where the country of 38 million people lags its peers.

At least 3.5 billion euros is earmarked for transition to green energy.

Hungary's track record on democratic rights has already cost the country access to 7 billion euros in EU pandemic funds, or about 5% of GDP. Overall, it is eligible for at least 22.5 billion euros from the EU by 2027.

Orban, who advocates "illiberal democracy," faces a tight April 3 election. His Fidesz party, campaigning on a platform of anti-immigrant nationalism and economic populism, polled two points ahead of the opposition in January.

Orban says Hungary will not accept EU norms on migration, family and other social affairs: "For them, the rule of law is a tool with which they can mould us in their image.... We do not want to become like them."

(Additional reporting by Krisztina Than in Budapest and Jan Strupczewski in Brussels, Writing by Gabriela Baczynska; Editing by Frank Jack Daniel) 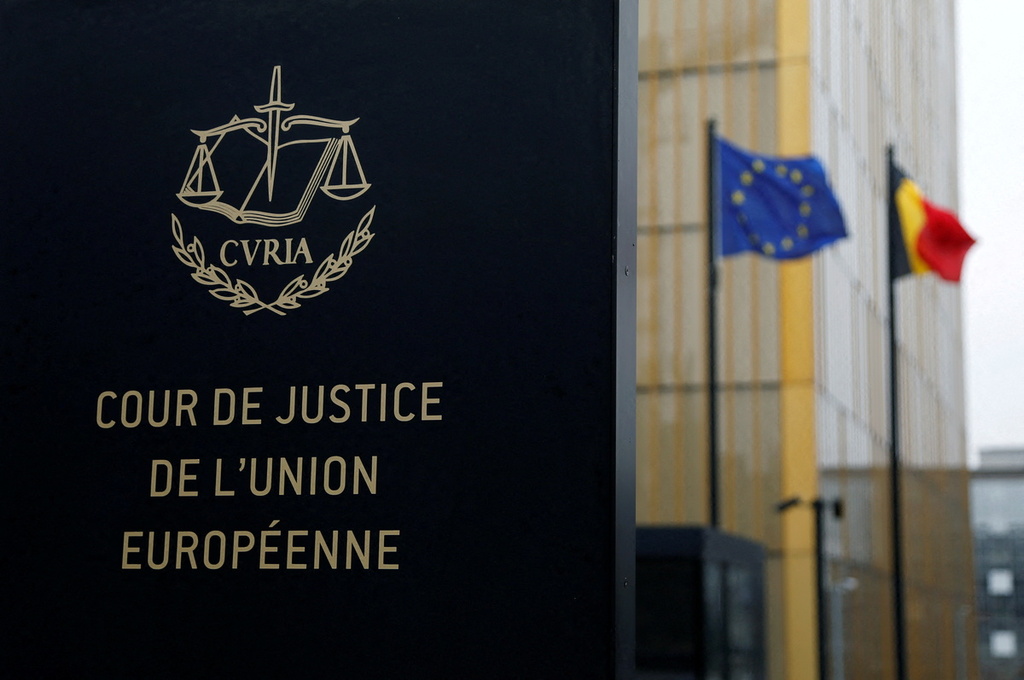 Hungary and Poland are turning increasingly authoritarian, a European rights group said on Tuesday, a day before the European Union's…