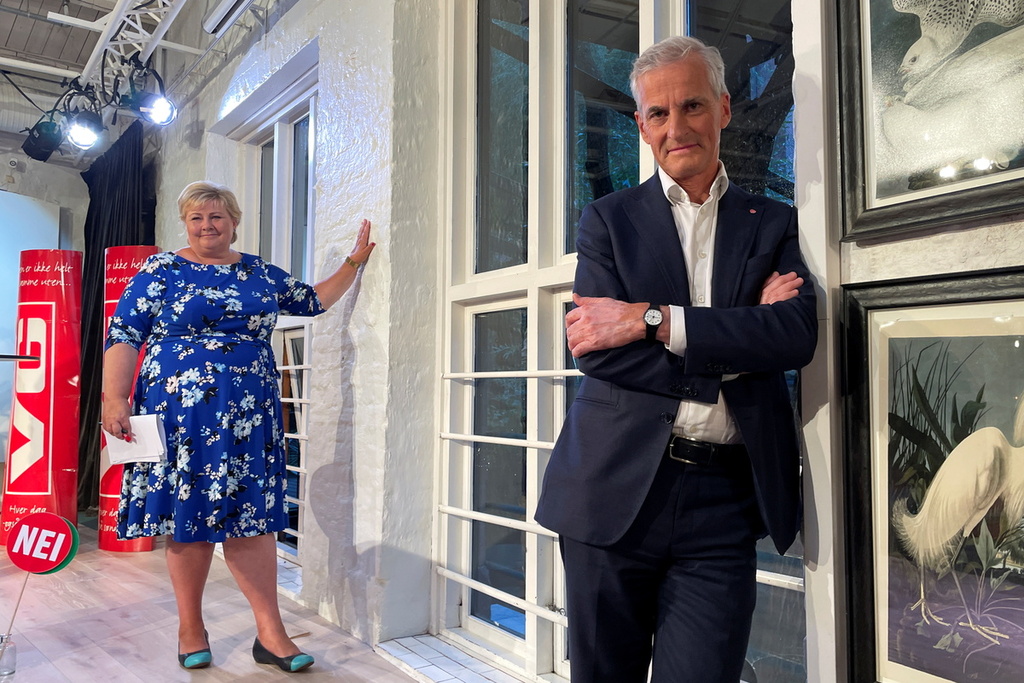 Nine political parties are expected to win seats in Norway's Sept. 12-13 parliamentary election, but only three leaders are candidates for prime minister.

Here are brief profiles of those vying for the top job:

Jonas Gahr Stoere (Labour) - The clear front-runner, 61-year-old Stoere became leader of Norway's Labour Party - the traditional home of the working class - in 2014. Born into a wealthy family, he has said that, after eight years of government by Conservative-led coalitions, it is the "common people's turn", pledging tax relief for low and middle income families and hikes for the rich.

A former foreign minister, Stoere failed at his first attempt to become prime minister in 2017 and would probably need to navigate tough coalition talks with two or more centre-left parties to get the job this time.

Erna Solberg (Conservatives) - Solberg, 60, in office since 2013, hopes to become the first Norwegian prime minister to win a third consecutive term, but is lagging in opinion polls. She has cut taxes, expanded oil exploration and sought to make public administration more efficient, while sharply raising government spending to mitigate the impact of the COVID-19 pandemic. Her reputation took a hit when she was fined by police in April for breaking social distancing rules at her birthday gathering.

Trygve Slagsvold Vedum (Centre) - Vedum, 42, a farmer and since 2014 the leader of Norway's eurosceptic Centre Party is the outsider candidate. Popular for his down-to-earth style and a promise to spend more government cash in rural areas, the former minister of agriculture hopes to lead a coalition government together with Labour. The Centre Party late last year rivalled Labour and the Conservatives in the polls but its support has since declined.