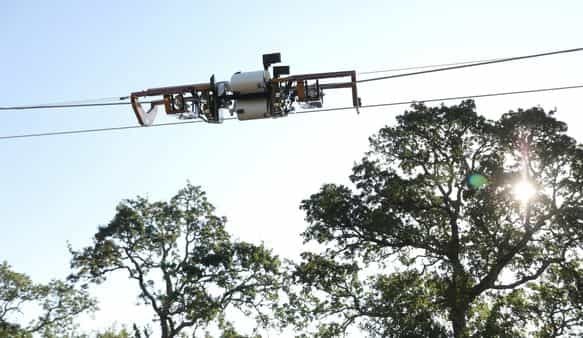 Social media giant Facebook’s research teams are claiming that they have created a subsea fiber-optic cable that provides 200x more internet capacity than the transatlantic cables of the 2000s. The new cable will connect Europe to the United States (US) and builds on the company’s investment in 2Africa PEARLS, the longest subsea cable system in the world, which stretches over 45000 kilometres and connects Africa, Europe and Asia.

The company also said it has invented a new robot called Bombyx, which moves along power lines and wraps fiber cables on them. “Since we first unveiled Bombyx it has become lighter, faster and more agile, and we believe it could have a radical effect on the economics of fiber deployment around the world," the company said in a blog post.

Mike Schroepfer, Facebook’s chief technology officer (CTO), said the robot could be the “single largest drops" in the cost of fiber deployment ever as the robot brings down fiber deployment to a “fraction of the (current) cost". He also claimed that Facebook’s work in the subsea cable space will triple the total amount of Internet bandwidth in Africa.

Along with a millimeter-wave based connectivity initiative called Terragraph, Bombyx and the new cable are part of Facebook’s investments in global connectivity. Bombyx is a method of aerial fiber deployment. Fiber lines are also deployed underground and underneath the sea, which Bombys isn’t designed for.

“Because underground construction is significantly more expensive than aerial construction, power infrastructure is almost exclusively aerial outside of city centers and affluent communities. To utilize the electrical grid and lower the cost of fiber deployments, we therefore chose to focus on aerial fiber construction," the company said in a blog post in July.

Bringing more people onto the internet is essential for companies like Google and Facebook, who make most of their money from gathering user data for advertising purposes. Google has a project called Taara, which uses Free Space Optical Communications (FSOC) technology, which the company originally planned to use to beam down the internet to remote areas using hot air balloons under Project Loon.

Facebook said that Taara is a point-to-point solution, whereas its Terragraph technology is point-to-multipoint, so it builds a more “resilient mesh". FSOC technology requires a clear line of sight to transmit 20Gbps plus broadband internet from one point to another.

Further, the social media giant also said that it is working on floating buoys, which can deliver power to repeaters from the middle of the ocean. At the moment, internet operators place repeaters along the seashore, to extend signals. The amount of electricity one can deliver to the repeaters is integral to the capacity of the internet’s subsea cable system.