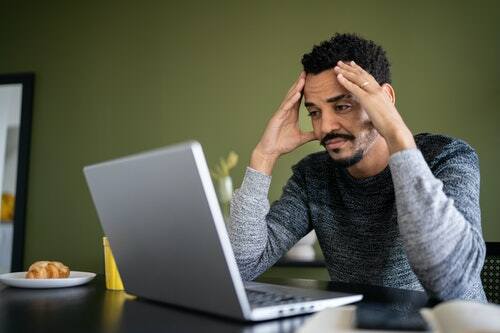 Facebook just released a new blog post on its Newsroom site detailing how the company is “supporting open conversations about mental health” across its platforms. The post lists a few new in-app resource guides, upcoming mental health-focused videos premiering on Facebook, and, yes, even a virtual reality game about schizophrenia.

The updated resources are being added ahead of World Mental Health Day on October 10. They are also particularly timely given that Facebook is smack in the middle of an intense public reckoning over whether or not the company’s very bones are toxic for teen girls (and the rest of us).

By and large, the resources come across as performative, given the current company crisis. Is delving further into Facebook really going to help anyone’s mental health?

The elephant in the courtroom —

These resources have likely been in the product pipeline for months. There’s a good chance — given that experts have worked on them — that the contents of these new guides are worthwhile, from a mental health perspective. But it’s nigh impossible to read them without the larger context, which is in this case that Facebook is, at this very moment, deep in a very public battle against assertions that its platforms are intrinsically bad for mental health. Significantly toxic, in fact. The company’s own internal research has found as much.

The most incongruous thing about these new resources is that they’re hosted on Facebook. The company wants you to soothe your mental health issues by…spending more time on Facebook?

Are any of these even helpful? —

It’s laughable that users have to actually use Facebook to access these mental health resources. Even if we put that aside, though, the resources don’t really seem all that helpful.

For one thing, Facebook users really need to have read this blog post to understand what’s available to them. You have to first navigate to the Emotional Health center (did anyone else not really know this existed, even?) before you might happen to notice the new guides.

Perhaps the least helpful resource here comes under the subheading “Find Comfort From an Online Community.” Here Facebook is just straight-up pushing various Facebook Groups where users discuss mental health. “15 million people around the world are members of a Facebook group dedicated to supporting mental health,” the company writes, as if being a member of an enormous group like that would fix your issues.

If you really want to improve your mental health, might we suggest logging out of Facebook forever?