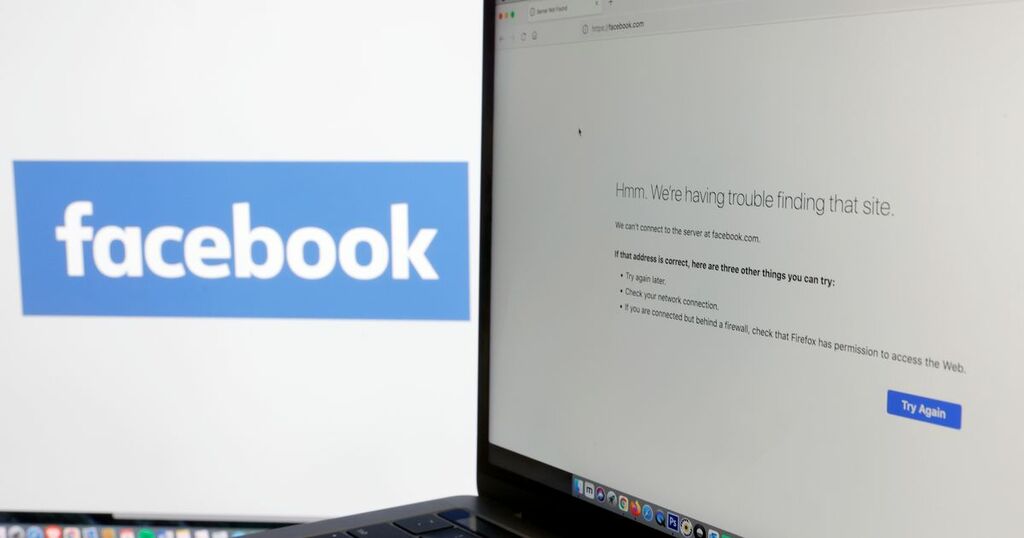 People across the globe were left without access to their social media accounts on Monday shortly before 5pm, reports the Mirror.

Thousands across the globe reported issues with the platforms to web service monitor DownDetector, saying they were unable to access the websites.

Users who wanted to use Facebook were met with a message stating: "Sorry, something went wrong.

"We're working on it and we'll get it fixed as soon as we can."

However bosses have now revealed the full reason for the social media blackout.

The tech giant wrote on its blog: "Our engineering teams have learned that configuration changes on the backbone routers that coordinate network traffic between our data centres caused issues that interrupted this communication.

"This disruption to network traffic had a cascading effect on the way our data centres communicate, bringing our services to a halt."

Despite rumours that the outage may have been related to a cyberattack by hackers, Facebook said: "We want to make clear at this time we believe the root cause of this outage was a faulty configuration change.

"We also have no evidence that user data was compromised as a result of this downtime."

The company apologised for the outage and confirmed the platforms were coming back online.

A statement reads: "To the huge community of people and businesses around the world who depend on us: we’re sorry.

"We’ve been working hard to restore access to our apps and services and are happy to report they are coming back online now. Thank you for bearing with us."

The platforms had confirmed on Twitter they were aware of issues and worked to resolve them after thousands of people reported outages shortly before 5pm on Monday.

Data on the web service monitoring platform DownDetector showed almost 50,000 people had reported the outages on Facebook by just after 5pm.

More than 75,000 complaints were received about WhatsApp and more than 30,000 Instagram users also had similar complaints.

Users were able to access Facebook and Instagram from late on Monday evening, while WhatsApp said just after midnight its services were “slowly and carefully” being restored.

At the time of the outage, in a statement, Whatsapp said: “We’re aware that some people are experiencing issues with WhatsApp at the moment.

“We’re working to get things back to normal and will send an update here as soon as possible. Thanks for your patience.”

Instagram released its own statement that said: “Instagram and friends are having a little bit of a hard time right now, and you may be having issues using them. Bear with us, we’re on it.”