Wayne Buys operates FabMan Creations out of his South African garage. The master metal worker lives up to the billing too, fabricating custom exhausts and bodywork for Guzzis to Buells to Hondas. The accomplished builder already has a handful of custom motorcycle projects to his name, but his latest creation certainly pushed Buys’ metal manipulating skills and creativity to the limit.

When a customer commissioned FabMan to turn a BMW R nineT into an aviation-inspired custom, the South African builder didn’t take the easy route. Instead, he aimed for the fences, hand-crafting retro-futuristic bodywork from sheets of aluminum. What’s most impressive is that Buys designed the entire build without the aid of sketches, templates, or digital renders. Only using a homemade English wheel and a distinguishing eye, FabMan’s freeform method paid off, resulting in a vision in aluminum which he refers to as the “Storm”

The same techniques helps cool the braking system, despite the nearly all-encompassing front and rear wheel covers. That extra ventilation doesn’t meet all the Beemer’s needs, though, and Buys equipped the Storm with two auxiliary fans to aid the radiator and electronics. Luckily, the exhaust pipes route under the opposed-twin powerplant, stealthy exiting out of the belly pan.

With the new aluminum front fairing covering the top clamp, FabMan created a set of custom clip-ons that mount to the lower triple tree and rise to meet the rider. Of course, Buys had to design a cockpit worthy of the aeronautical theme and the new dash does not disappoint. Built around an Acewell speedo, the new instrument cluster fittingly resembles Flash Gordon control panels.

Buys may have built the custom R nineT for a client, but the project is currently for sale. If you have $30,740 lying around and a love for retro aircraft, the Storm could be yours. 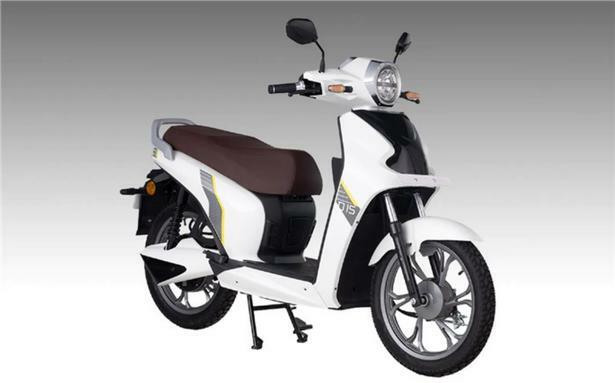 BGauss is D15’s new electric scooter
BGauss India has launched the D15 Electric scooter. It is available in two variants — D15i and D15

The Hindu
One subscription that gives you access to news from hundreds of sites
2022 Mercedes-Benz C-Class First Drive Review: Second Symphony