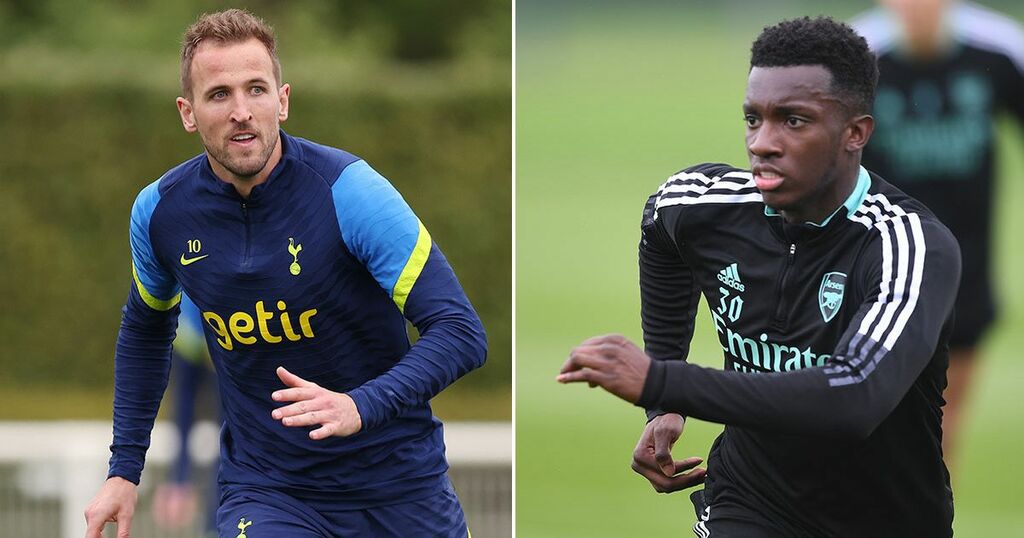 Football London
One subscription that gives you access to news from hundreds of sites
Tottenham confirmed team vs Arsenal: Cristian Romero out of squad, Davinson Sanchez comes in

Antonio Conte's Tottenham side have drawn against Liverpool and beaten Arsenal in their last two fixtures, as the end of the season looms. Japhet Tanganga and Oliver Skipp have been out with injuries for some time, with Sergio Reguilon and Matt Doherty recently joining them and Cristian Romero also picking up a knock ahead of the North London Derby.

This meant the Italian has relied on some of his Spurs players who wouldn't necessarily be first choice if the whole squad were fit, to step up and perform in these important games. Davinson Sanchez was given the nod on Thursday, with the Argentine's injury and filled in well on the right of Tottenham's back three.

After the 3-0 victory over their close rivals, the Lilywhites now sit just a point behind Arsenal, ahead of their final two matches against Burnley and Norwich. Conte will hope none of his other players pick up injuries before those games, so Tottenham can finish in the strongest possible position.

READ MORE: What Ben Davies did for Tottenham that Rob Holding failed to do for Arsenal

Another of the Italian's improved players is Ryan Sessegnon. The 21-year-old has been competing with Reguilon for a spot at left wing-back, since Conte's arrival.

However, both have had their injury issues this season, meaning they have often got their opportunities due to the other's problems. Sessegnon didn't get his first Premier League minutes this season until after the 52-year-old's arrival.

The London born player is one of the Tottenham men who fit perfectly into a Conte system. Sessegnon has had previous experience as a wing-back, meaning he was expected to easily adapt to the impact that he is required to make up and down the left flank.

Despite this, the 21-year-old hasn't always impressed. It seems as though his injury problems, as expected, have set him back a bit and he was producing a mixture of performances.

Ahead of Tottenham's 0-0 draw against Brentford, former Spurs star Jermain Defoe gave his verdict on Sessegnon. "His movement is really clever," he admitted.

"I remember watching him against Middlesbrough in the FA Cup and his movement on the night was unbelievable, running in behind and causing them problems. I think today is a big chance for him, get himself back in the team and get him back up to speed and he is a top player and someone I have been really impressed with."

Sessegnon has made 13 league appearances so far this season, starting in 11 of those and registering two assists. The last week has been a big one for the youngster, as he has had to face some of the Premier League's top attackers when Spurs have faced Liverpool and Arsenal.

Against Jurgen Klopp's side, Sessegnon had to deal with Mohamed Salah, whose quality is known by all. In the 1-1 draw at Anfield, the Egyptian managed just three shots, with none on target.

Salah produced just one cross and two long balls, compared to Sessegnon's five tackles and three clearances. The wing-back did lose the 29-year-old once but took a booking to stop him.

This highlights a glimpse of the quality and maturity the 21-year-old showed against one of the league's best and it didn't go unnoticed by Conte. "Ryan is a player that has great potential," the Italian admitted in his post-match press conference.

"Physically he is really strong and it's very difficult to beat him in one v one. Defensively he has reached an important level because he showed great attention during the game.

"Ryan is a young player and is having a good performance. These types of performances [vs Liverpool and Man City] have to give him confidence in himself. We are talking about a young player with a great space for improvement," Conte added.

"In the past injury has stopped his growth but now he is in good form and playing really well. I'm happy for him because he's a really good guy and he works very hard."

It was then time for the North London Derby on Thursday and Sessegnon wasn't involved when Spurs lost 3-1 at the Emirates earlier in the season. This time the 21-year-old was coming up against Saka, the Arsenal attacker who is a year younger than the Tottenham man, but has also shown his quality in the Premier League.

Yet again, Sessegnon got up and down the left-hand side and tried to make an impact at both ends of the field. The wing-back produced two key tackles, a shot and two key passes.

Saka had just two shots and made one key pass during his 90-minute performance. The 20-year-old did produce some good pressing and tried to make an impact but it wasn't enough, which was helped by the performance of the Tottenham man and Saka was even moved over to the left, to try and have more of an impact up against Emerson Royal.

Sessegnon is still young and as Conte alludes to, has bags of potential which he has already shown. In interviews, the 21-year-old has highlighted his passion and determination, which can also be seen on the pitch as he always gives 100 per cent.

The transfer status of a number of the Spurs players is uncertain but if the wing-back can finish the season in a strong position and Reguilon remains in N17, Fabio Paratici and Conte will have some decisions to make. If Sessegnon can continue improving and learning from the Italian, he could grow into the consistent quality player he has already shown glimpses of.

Football London
One subscription that gives you access to news from hundreds of sites
Tottenham confirmed team vs Arsenal: Cristian Romero out of squad, Davinson Sanchez comes in