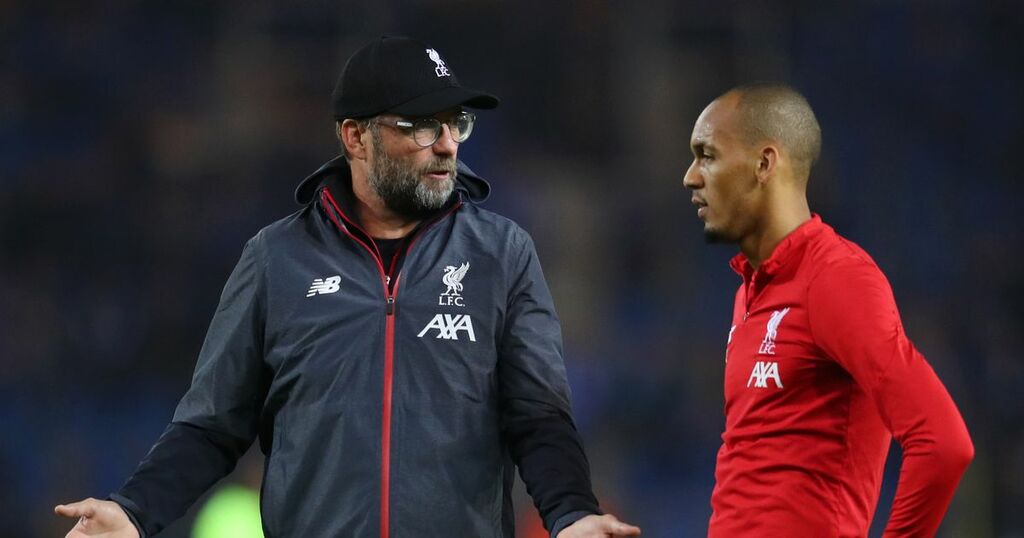 Liverpool midfielder Fabinho has admitted he wanted the Premier League giants to sign Leeds ace Raphinha during the summer.

Fabinho, 27, and Raphinha, 24, are team-mates at international level and the former would like to work with the latter at Anfield, too.

As quoted by Brazilian outlet UOL, Fabinho said: "Since he [Raphinha] arrived in the Premier League he has had very good performances and highlights.

"For Liverpool, I was hoping that would happen. But in the end, he stayed with Leeds.

"He's Leeds' best player today. Whenever we play against them, we know he’s the player who can cause the most danger."

Raphinha was linked with a move to Liverpool during the recent transfer window but no bids were made.

The Brazilian winger joined Leeds in October 2020 and has enjoyed a stellar start to his career in England, scoring nine goals in 37 Premier League outings.

He has also impressed at French side Rennes and Portuguese clubs Vitoria Guimaraes and Sporting Lisbon, helping the latter with Portuguese Cup and League Cup in 2018-19.

And Raphinha made his senior debut for Brazil against Venezuela earlier this month, assisting two goals and earning a penalty to help his country record a 3-1 win.

HAVE YOUR SAY! Would Raphinha fit in at Liverpool or Man Utd? Comment below

But he failed to make impact in Leeds' Premier League fixture against Liverpool in September, with the Reds easing to a 3-0 victory at Elland Road.

Fabinho isn't too concerned by that performance, though, and believes he has the ability to deliver at the highest level.

The Liverpool star added: "The characteristic he has is very unique, of a left-footed player who pushes up and can go both ways, in and out.

"This is very important for the national team. He is a guy who has a lot of personality, and has already proven that it can help us a lot."

Raphinha's former Sporting team-mate Bruno Fernandes is also a huge fan of the two-cap international and reports suggest Manchester United are interested in signing him.

Fernandes told the press earlier this month: "I miss Raphinha. He is a player with whom I had a different chemistry from the others, he understood me at a glance."

"He told me that I deserved it so much, that I had been deserving it for a while. This happens with friends who talk a lot, more intimacy like that, more jokes.

"But he praised me a lot, congratulated me. He said he wasn’t surprised at all by what was happening and what would happen.

"And for me, receiving compliments like that from people I admire, not only professionally but personally, is also very rewarding."