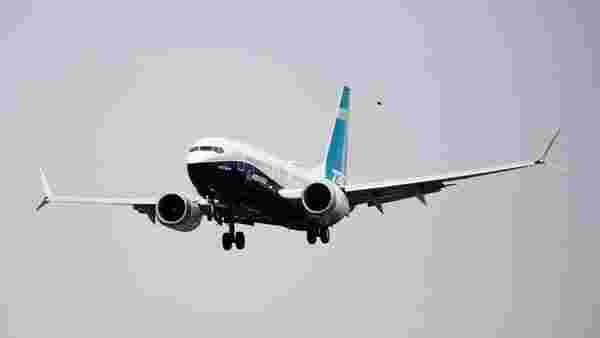 U.S. air-safety regulators have picked dozens of airports that would get buffer zones to help avoid expected flight disruptions once a new 5G wireless service goes live later this month.

The 50 airports selected by the Federal Aviation Administration on Friday include hubs for major U.S. passenger airlines such as Chicago’s O’Hare International and Dallas Love Field. They also include airports prone to fog and clouds, like San Francisco International and Seattle-Tacoma International.

The FAA, which manages U.S. civilian airspace, also has been preparing to issue flight restrictions to address its concerns that the new 5G service slated to go live Jan. 19 could possibly interfere with aircraft safety systems near airports. The flight limits, expected to be issued as soon as next week, could lead to some cancellations and delays in bad weather, industry and government officials have said.

The buffer-zone locations, detailed by the agency Friday, are also slated for cargo hubs like airports in Indianapolis. Northern New Jersey’s Teterboro, a hub for private jets, made the cut, in addition to the major New York City airports.

In selecting airports, the agency said it considered factors such as their traffic volumes, locations and number of days with low visibility. The agency said it continues to work with aerospace manufacturers and wireless companies “to make sure 5G is safely deployed and to limit the risk of flight disruptions at all airports."

U.S. wireless executives have disputed claims that new 5G signals pose any safety risk to aircraft but have acknowledged the need to avoid disrupting air traffic.

A spokesman for Airlines for America, which represents major U.S. passenger and cargo carriers, said the group appreciated the FAA’s work to lessen 5G disruptions at airports. He declined to comment about specific airports that didn’t make the list.

Some airports, such as Hartsfield-Jackson in Atlanta, aren’t on the list because they are in areas where the new 5G service isn’t initially rolling out, the FAA said.

Other large airports, including those in Boston, Portland, Ore., and Salt Lake City, didn’t make the final list. The FAA said “5G towers are far enough away that a natural buffer exists" at some airports. An agency spokesman declined to address specific airports.

On Jan. 3, after negotiations with federal transportation officials, AT&T Inc. and Verizon Communications Inc., agreed to further delay the rollout of their new, faster 5G service in the spectrum range known as the C-band by two weeks until Jan. 19.

The wireless carriers also agreed to limit their signals around up to 50 airports for six months while the FAA works with aerospace manufacturers and airlines to validate that their aircraft can safely operate with the new cell service.

The FAA has been worried about possible 5G interference with radar altimeters, which measure the distance between aircraft and the ground. The devices feed data to key cockpit systems that help planes land in poor weather and otherwise prevent crashes.

“As tests prove that some altimeters are safe, the FAA will be able to remove some restrictions on operations of aircraft with those altimeters," the agency said on its website. “Disruption risk will gradually decrease as more altimeters are tested and either deemed safe, retrofitted or replaced."

U.S. airlines have recently been facing other operational challenges from winter weather and Covid-related staffing shortages.