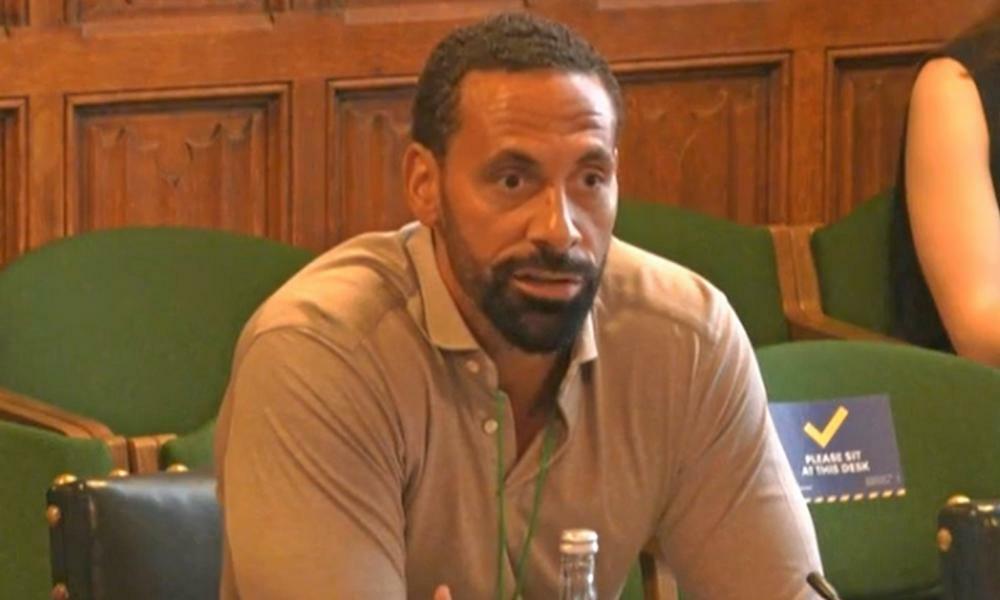 A Football Association executive accused social media companies of treating abuse as a “golden goose” as the former England and Manchester United defender Rio Ferdinand revealed how members of his family would “disintegrate” over the online abuse he has suffered.

Edleen John, the director of corporate affairs and co-partner for equality, diversity and inclusion at the Football Association, told MPs and peers that online abuse was a “golden goose” for social media firms because it amplified their audiences. She added: “What we are seeing from social media companies is significant resistance and a desire to focus on a business model and making money.”

John added that the FA had been told of one case of a professional footballer being “blocked” by a social media company from making regular complaints about online abuse. “They were blocked from reporting the abuse that they had consistently received,” she said.

Ferdinand said the impact of racist abuse on footballers went beyond the professionals and extended to friends and family.

“It’s not just about that person, it’s the wider network of that person and what it does to family and friends,” he said. “I’ve seen members of my family disintegrate at times, I’ve seen other sports stars’ family members taking it worse than the actual person who’s receiving the abuse.”

They were speaking at the opening hearing of a joint committee scrutinising the draft online safety bill, a landmark piece of legislation that aims to tackle abuse on the internet. Under the draft proposals, social media companies will have a duty of care to protect users from harmful content including racist comments, threats and harassment and could, theoretically, face multibillion pound fines if they fail to do so.

John and Ferdinand called for action on anonymous Twitter accounts, which are a key driver of racist abuse of footballers, including attacks on England footballers during the Euro 2020 championship this summer. John said a particular problem were anonymous “burner” accounts that are used to post abuse. The burner problem can be tackled by implementing a “cooling off” period before users can post on newly created accounts, added John.

Ferdinand added that legislation must be accompanied by education about racism and use of social media, across all age groups. “Education has to be a key part of any type of reform, any type of punishment … educating the next generation but also people of our age.”

Sanjay Bhandari, the chair of the Kick It Out campaign group against racism in football, also told MPs and peers that Ofcom should be given powers to introduce a code of practice around the reach of anonymous social media accounts.

Other reforms to the bill suggested by witnesses on Wednesday – including the LGBTQ+ campaign group Stonewall and the Antisemitism Policy Trust – were giving Ofcom the power to audit the response of social media companies to root out abuse and a stricter definition of what constitutes harmful content.

Imran Ahmed, the chief executive of the Center for Countering Digital Hate, said the bill should immediately enforce criminal liability for social media company executives who demonstrate a systemic failure to deal with hate, abuse and misinformation. Ahmed said there were Covid sufferers “gasping for breath” in hospitals because they had fallen for falsehoods posted by anti-vaccination campaigners. “Social media companies are incapable of regulating themselves. When they are given the chance they put profit before people.”

The Internet Association, a US lobby group whose members include Google, Facebook and Twitter, has warned that the proposals are too broad, undermine privacy, and will produce a “chilling” effect on freedom of speech.